‘I’d never seen anything like it before’: Chicken owner is left baffled after her hen lays a perfectly round egg

By Lauren Ferri and Brett Lackey For Daily Mail Australia

A chicken owner has been left baffled after discovering one of her hens laid a perfectly round egg.

Perth woman Vanessa Williams made the extraordinary find last Tuesday afternoon as she was tending to her chicken coop.

‘I went down to the pen, put my hand in and pulled out this perfectly round ball,’ she told Perth Now.

‘I’d never seen anything like it before – I couldn’t believe it,’ she said.

Pictured against a regular-shaped egg, the unusual shell is perfectly spherical.

Ms Williams has 20 adopted chickens, 10 of which she acquired just two weeks ago, and is unsure which of them is responsible for the egg.

Though very rare, perfectly round chicken eggs do sometimes occur, with a British woman selling one of the marvels on eBay in 2015 for almost $1000.

Reports of the case suggested that the find was a one-in-a-billion discovery.

Eggs come in many different shapes and sized, but they’re usually an asymmetrical mix of oval and tapered. 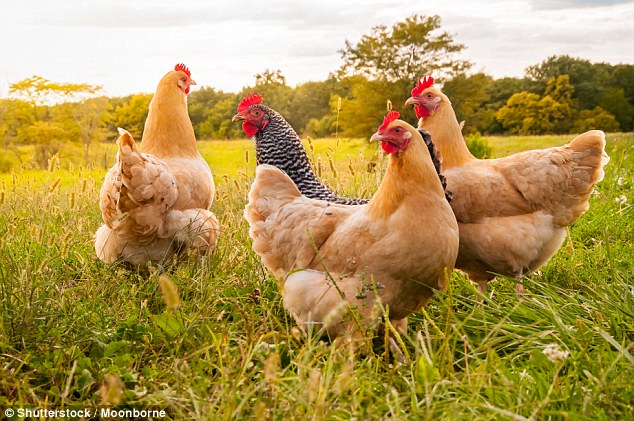 Ms Williams has 20 adopted chickens, 10 of which she acquired just two weeks ago (stock image)

Murdoch University’s Unusual Pet Vet, James Haberfield, said that an egg’s shape is determined by how it develops in the shell gland, inside the chicken’s uterus.

‘We see eggs of all shapes and sizes however a perfectly round egg is rare,’ he said.

Although a mysterious find, Dr Haberfield said it was hard to determine just how rare it is to find a round egg as not everyone reports them.