The divided court’s Thursday ruling put a hold on a law that would require abortion providers to have admitting privileges at nearby hospitals.

Women’s groups have said that the law would have left Louisiana with only a single doctor legally permitted to perform abortions.

The case marked the first significant action on abortion by SCOTUS since President Donald Trump’s nominee Brett Kavanaugh replaced Anthony Kennedy, who had generally acted as a swing vote and had a record of voting with liberals to uphold abortion rights.

Kavanaugh filed the dissent after voting with fellow Trump nominee Neil Gorsuch and the two other conservative justices, Clarence Thomas and Samuel Alito.

Chief Justice Roberts sided with the court’s liberal wing – made up of Justices Ruth Bader Ginsburg, Stephen Breyer, Sonia Sotomayor and Elena Kagan – in a move that highlighted his new role as the court’s swing vote.

Chief Justice John Roberts joined the Supreme Court’s four liberal justices in a 5-4 decision to block a Louisiana law that would have left the state with only one doctor legally permitted to perform abortions by requiring providers to have admitting privileges at nearby hospitals. Roberts is pictured above on Wednesday in Nashville, Tennessee

The Supreme Court is set to issue a final ruling on the merits of the case later this year. Thursday’s majority ruling was not presented with an opinion, though it could signal that justices have doubts about the law’s constitutionality.

The law was passed by the Louisiana state legislature in 2014, requiring any doctor offering abortion services to have admitting privileges at a hospital within 30 miles.

Two Louisiana doctors and a clinic filed a legal challenge which argued that it was virtually indistinguishable to a Texas law the Supreme Court struck down three years ago.

In that case, the court ruled that the admitting-privileges requirement ‘provides few, if any, health benefits for women, poses a substantial obstacle to women seeking abortions, and constitutes an “undue burden” on their constitutional right to do so’.

However, the composition of the court has changed since then, with Kavanaugh replacing Justice Kennedy, who voted to strike down the Texas law.

Trump had pledged during the campaign to appoint pro-life justices, and abortion opponents are hoping the more conservative bench will be more open to upholding abortion restrictions.

In Kavanaugh’s dissent, written only for himself, the newest justice asserted that the court’s action was premature because Louisiana had made clear it would allow abortion providers an additional 45 days to obtain admitting privileges before it started enforcing the law.

If the doctors succeed, they can continue performing abortions, he said. If they fail, they could return to court, Kavanaugh said. 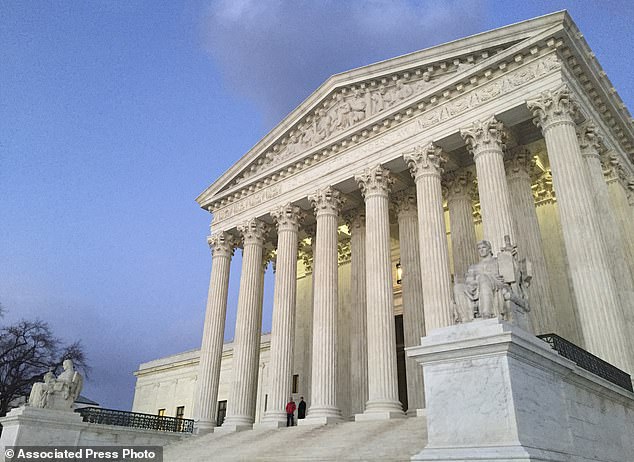 The case marked the first significant abortion action by SCOTUS since President Donald Trump’s nominee Brett Kavanaugh replaced Anthony Kennedy, who had generally acted as a swing vote and had a record of voting with liberals to uphold abortion rights

Louisiana abortion providers and a district judge who initially heard the case said one or maybe two of the state’s three abortion clinics would have to close under the new law. There would be at most two doctors who could meet its requirements, they said.

But the federal appeals court in New Orleans rejected those claims, doubting that any clinics would have to close and saying the doctors had not tried hard enough to establish relationships with local hospitals.

In January, the full appeals court voted 9-6 not to get involved in the case, setting up the Supreme Court appeal.

The law had been scheduled to take effect Monday, but Justice Samuel Alito delayed the effective date at least through Thursday to give the justices more time. He and Justice Clarence Thomas were the other dissenters Thursday.

The justices could decide this spring whether to add the case to their calendar for the term that begins in October. 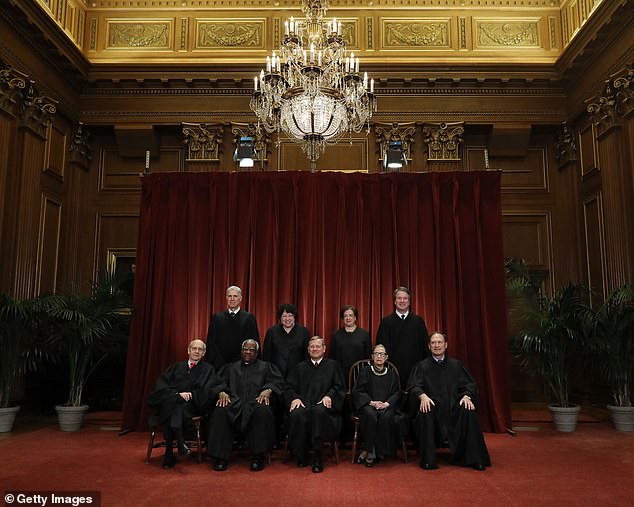