England’s top nurse confirmed today that she was axed from a government news conference after failing to back Dominic Cummings when he was accused of breaching lockdown rules.

Chief Nursing Officer Ruth May confirmed she was ‘stood down’ from a Downing Street press briefing in May after a meeting in which adherence to the lockdown measures had been raised.

Mr Cummings has seen off attempts to get him to quit as Boris Johnson’s chief of staff after he admitted driving 260 miles from London to his family estate in Durham while his wife was ill.

Police said the March jaunt – with no toilet stops – did not break lockdown rules, and a subsequent 60-mile jaunt to a beauty spot only ‘might have’.

Appearing before MPs this afternoon, Ms May said that he had been asked ‘about lockdown and the rules to lockdown’ while preparing for the May press conference.

She told the Public Accounts Committee this afternoon: ‘In my opinion the rules were clear and they were there for everyone’s safety and they applied to us all. 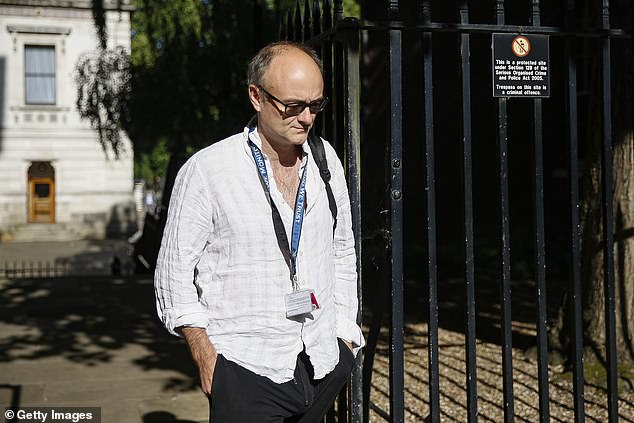 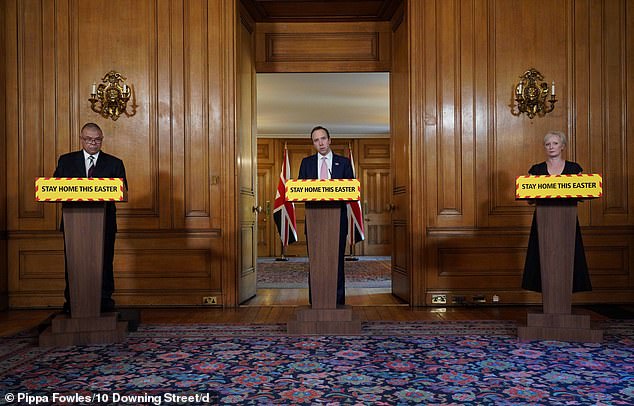 ‘It certainly applied to all of us, including me.’

Pressed on whether this was the reason for her being dropped she added: ‘I don’t know why I was dropped from the briefing, you would have to ask other people.’

Shadow health secretary Jonathan Ashworth said: ‘It is scandalous that the nation’s most senior nurse was silenced at the height of the pandemic because she wasn’t prepared to parrot Downing Street spin about Dominic Cummings’ blatant rule breaking.

‘As the Chief Nursing Officer indicates, it’s unacceptable that’s there was one rule for Johnson’s elite friends and another for the rest of us.’

Acting Leader of the Liberal Democrats Ed Davey added: ‘Boris Johnson is happy to hide behind experts when it suits him, but we now know that as soon as they don’t stick to his script he gags them.

‘This is why we need to see the timetable for the independent inquiry he agreed to last week, so we can get the truth out in the open.’

Ms May’s last appearance at a press conference was on April 10 – while Mr Cummings was in County Durham.

She used the appearance to plead with the country to stay at home over the Easter weekend in order to save thousands of lives.

She was not seen again at a press conference before they were pulled as daily events by the Government in June.

Other science and medical experts who disagreed with Mr Cummings’ actions were also noticeable by their absence, including deputy chief medical officer Jonathan Van-Tam.

Mr Cummings had days earlier refused to apologise for driving 260 miles to Durham during the coronavirus lockdown as he claimed he had always behaved ‘reasonably and legally’.

Mr Cummings said his decision to travel to the city to stay in a cottage on his parents’ land was the result of a ‘very complicated, tricky situation’ as he admitted he had not sought Boris Johnson’s permission to make the journey at the end of March.

The Vote Leave maverick has faced accusations of ‘double standards’, with the nation having been instructed to stay at home, but he told an unprecedented press conference in the Number 10 Rose Garden: ‘I don’t regret what I did… I think what I did was reasonable in the circumstances.’

He said he had concluded on Friday March 27 that if both he and his wife became ill their son could be looked after by his sister or nieces. He then drove to Durham, arriving at midnight, not stopping on the way.

On Sunday April 12 the family went for a test drive to Barnard Castle to make sure he was fit enough to make the journey to London. They parked and walked 15 metres to the river, did not come into close contact with anyone, and then left.