Child development experts and advocates are urging Facebook to pull the plug on its new messaging app aimed at kids.

A group letter sent today to Mark Zuckerberg argues that younger children – the app is intended for those under 13 – ‘aren’t ready’ to have social media accounts, navigate the complexities of online relationships or protect their own privacy.

Facebook launched the free Messenger Kids app in December, pitching it as a way for children to chat with family members and parent-approved friends.

It doesn’t give kids separate Facebook or Messenger accounts.

Rather, the app works as an extension of a parent’s account, and parents get controls such as the ability to decide who their kids can chat with.

This photo demonstrates parental controls on Facebook’s new Messenger app for kids. Child development experts and advocates are urging Facebook to pull the plug on its new messaging app aimed at kids under 13

The social media giant has said it fills ‘a need for a messaging app that lets kids connect with people they love but also has the level of control parents want.’

But a group of 100 experts, advocates and parenting organizations is contesting those claims.

Led by the Boston-based Campaign for a Commercial-Free Childhood, the group includes psychiatrists, pediatricians, educators and the children’s music singer Raffi Cavoukian.

‘Messenger Kids is not responding to a need – it is creating one,’ the letter states.

‘It appeals primarily to children who otherwise would not have their own social media accounts.’

Another passage criticized Facebook for ‘targeting younger children with a new product.’

In a statement, Facebook said on Monday that the app ‘helps parents and children to chat in a safer way,’ and emphasized that parents are ‘always in control’ of their kids’ activity.

HOW DOES THE MESSENGER FOR KIDS APP WORK?

Messenger Kids is a standalone app that can be controlled from a parent’s Facebook app.

While it can be used on a child’s own device, the service does not create a Facebook account for the child, or give them access to their parents’ accounts. 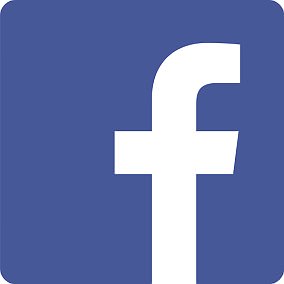 After setting up the account, parents can approve the contacts they will allow their child to chat with.

Kids cannot connect with contacts that have not been approved by their parents, according to Facebook.

Children also can’t delete messages, and the app does not contain ads or in-app purchases.

The social media giant added that it consulted with parenting experts and families, and said ‘there is no advertising in Messenger Kids.’

A variety of experts and technology insiders have begun questioning the effects smartphones and social media apps are having on people’s health and mental well-being – whether kids, teens or adults.

A chorus of other early employees and investors piled on with similar criticisms. 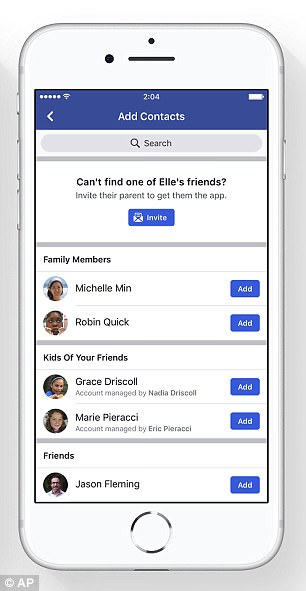 Facebook launched the Messenger Kids app in December. Kids can only message contacts that have been approved by their parents

Many preteens have already found their way onto Facebook and more youth-oriented social media platforms such as Snapchat and Facebook’s own Instagram, despite internal rules that require users to be at least 13 years old.

Those rules are based in part on federal law, which prohibits internet companies from collecting personal information on children without their parents’ permission and imposes restrictions on advertising to them.

Some companies have offered parental controls as a way of curbing unauthorized preteen use of their platforms.

But Facebook’s new kid-focused app, which features animations and emojis, seems to cater to a younger audience, said Josh Golin, executive director of Campaign for a Commercial-Free Childhood.

‘It looks like something that would appeal to a 6-year-old or 7-year-old,’ he said.

Facebook wouldn’t answer questions about how popular the messaging app has been.

But App Annie, an app analytics firm, said Messenger Kids has been downloaded about 80,000 times on iOS since it launched on Dec. 4.

It’s been in the top 40 most popular kids’ apps since then.

University of Michigan developmental behavioral pediatrician Jenny Radesky, who co-signed the letter, said she’s never met a parent who was clamoring to get their children onto social media at an earlier age. 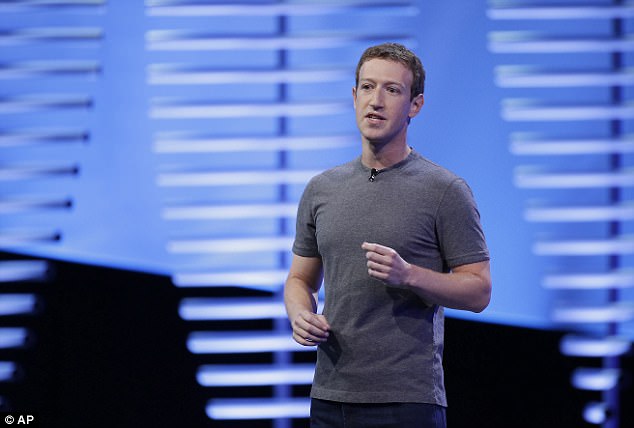 A group letter sent Tuesday, January 30 to Facebook CEO Mark Zuckerberg (pictured) argues that younger children – the app is intended for those under 13 – aren’t ready to have social media accounts, navigate the complexities of online relationships or protect their own privacy

‘One can only assume that Facebook introduced it to engage users younger and younger,’ Radesky said.

That’s troubling, she said, because younger children haven’t yet developed the cognitive skills that enable them to think about and regulate their thoughts and actions and ‘allow them to realize when persuasive technology design might be manipulating them.’

At the time it launched Messenger Kids, Facebook said it won’t show ads or collect data for marketing to kids.

And it stressed that it won’t automatically move users to the regular Messenger or Facebook when they get old enough – though it might give them the option to move contacts to Messenger down the line.