Rochdale child rapist, 42, who fled to Pakistan for fake funeral trip to during his trial begins 19-year jail term after being extradited back to Britain

A convicted rapist from Rochdale who fled the UK while on bail during his trial nearly five years ago has been extradited from Pakistan.

Choudhry Ikhalaq Hussain, 42, was one of 10 men – mainly of Pakistani or Bangladeshi heritage who committed sexual offences against a teenage girl in the town.

Hussain, was jailed in his absence in 2016 for 19 years for rape, sexual activity with a child and conspiracy to rape.

During his trial in 2015 he was given permission to leave after claiming he wanted to go to a relative’s funeral in Britain, but instead left for Pakistan.

He was arrested in Faisalabad last year after international crime agencies and Greater Manchester Police launched a manhunt. He has been held in prison until his extradition yesterday.

The white complainant told officers that from the age of 14 she had been repeatedly sexually groomed by a large number of men.

She also said ‘hundreds of men’ would ring her up wanting her to go out and have sex with them. 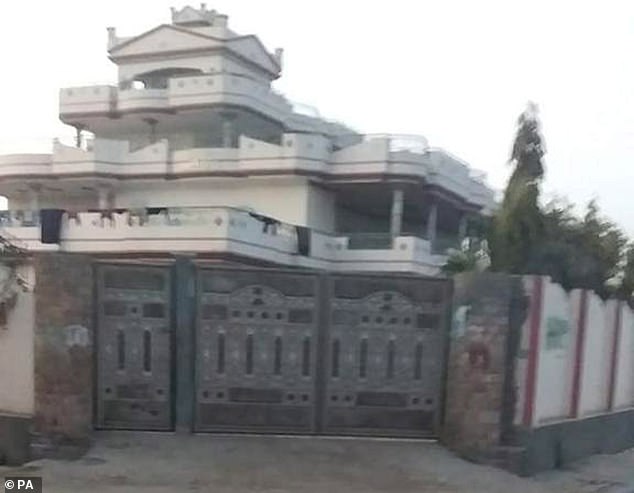 Operation Doublet, which looked into the sexual exploitation of teenage girls in Rochdale. Most of the offences took place between 2004 and 2008 and involved victims who were aged 13 to 23. 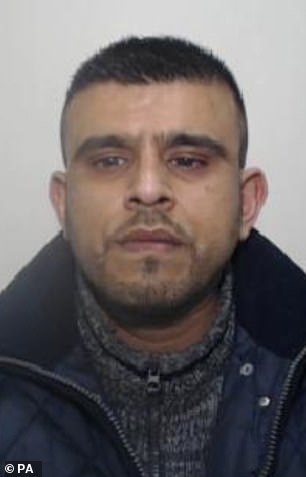 Hussain, was jailed in his absence in 2016 for 19 years for rape, sexual activity with a child and conspiracy to rape

Detective Superintendent Jamie Daniels, of Greater Manchester Police, said: ‘Hussain is a sexual predator who mistakenly thought he could flee to another country to live the good life, while his victim was forced to deal with the consequences of his vile actions and robbed of justice.

‘His apprehension demonstrates that when it comes to pursuing perpetrators of child sexual exploitation, we will hunt them across the globe if necessary.’

Dr Christian Turner, from the British High Commission in Islamabad, said: ‘This latest example of close co-operation between the UK’s and Pakistan’s law enforcement agencies shows there is no escape for those who flee from the law, even across international boundaries.

‘This is down to the hard work and excellent collaboration between Pakistan and UK authorities, including the Federal Investigation Agency, the Punjab Police, Greater Manchester Police, and teams at the British High Commission in Islamabad.’