Childhood sweethearts who met each other in preschool tie the knot

A man and woman who were best friends in preschool but spent most of their childhood apart have reunited — and they’ve tied the knot.

Natalie Crowe and Austin Tatman, both 24, met when they were just two years old and attended the same preschool in Ocala, Florida. But the pair lost touch when Natalie’s parents divorced, and she moved to Connecticut at the age of five.

However, 12 years later in July of 2012 when they were both 17, Natalie tracked down Austin on social media — and the two quickly fell head over heels for each other.

‘Til nap time do them part! Natalie and Austin Tatman, both 24, met in preschool in Ocala, Florida. They were separated when they were five, but have since reunited and got married 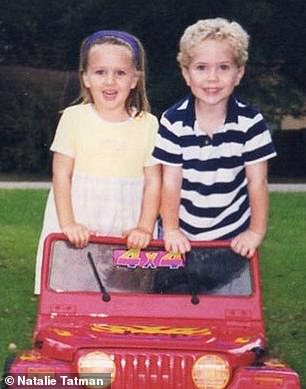 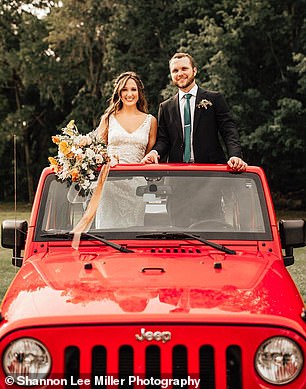 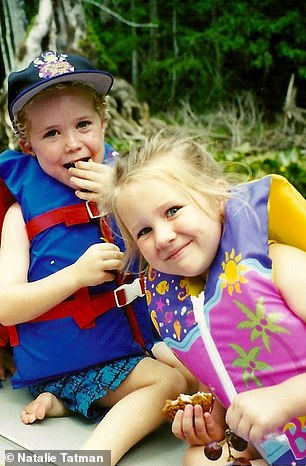 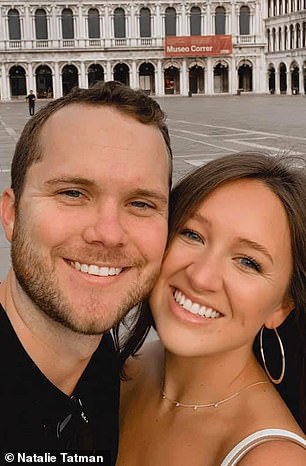 Incredible: After meeting in preschool, Natalie and Austin were always together. Natalie said they were ‘constantly together’ from the ages of two to five

Speaking to People, Natalie, an event planner and blogger, said she and Austin shared a close friendship from a very young age.

‘We just automatically became best friends and our parents realized it,’ she said.

‘It’s strange when you’re that age — you don’t usually hang out with the opposite sex. But from when we were 2 until we were 5, we were constantly together,’ she added.

She said her parents have kept dozens of photos of her and Austin as children, and have often told them adorable stories from the time they were kids.

Natalie said: ‘I have very faint memories, but our parents have told us many stories. Like on Halloween in 1999, Austin held my hand in the car on the way to trick-or-treating.

‘Those are little things that our parents tell us, where they knew, “This is insane that they’re interacting like this.”‘ 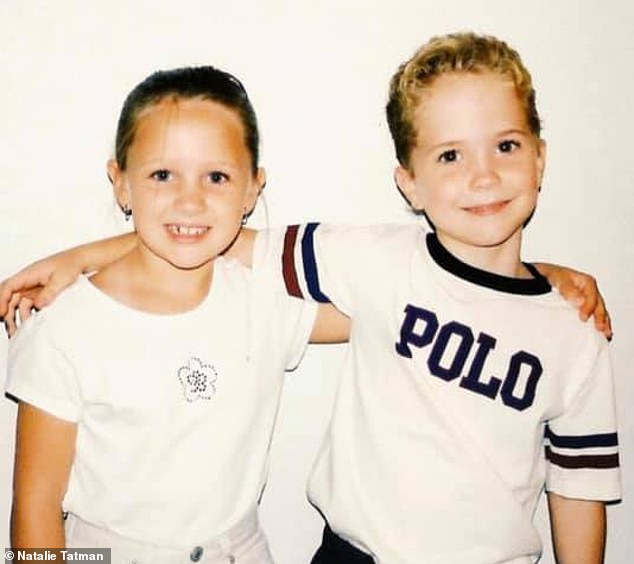 Childhood sweethearts: Natalie said her parents have kept dozens of photos of her and Austin as children, and have often told them adorable stories about them as kids 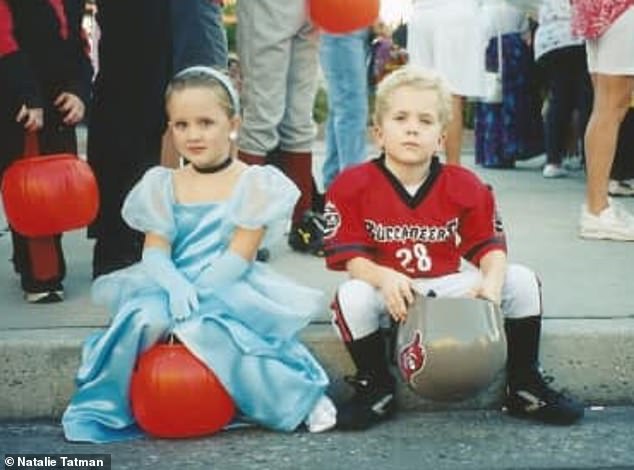 Best pals! ‘I just basically have memories of always being with him, regardless of whether I remember the detail of the memory or not, I knew we were always together,’ she said

She explained that in many of the childhood photos, she and Austin are by each other’s side. 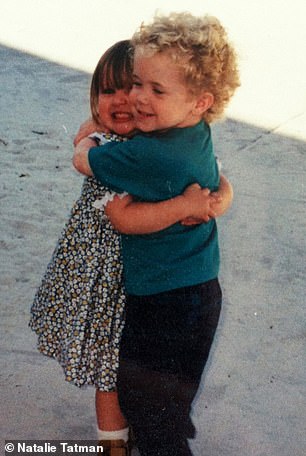 Sweet: When Natalie was five, her parents divorced and she moved to Connecticut with her mother, sisters, and brother

But their close friendship came to an halt when Natalie’s parents got divorced when she was five years old.

She moved up to Connecticut with her mom, brother, and sister, and didn’t have any contact with Austin for the next 12 years.

She said that during this time, she remembers asking about Austin a couple of times, but she had no way of getting in touch with him.

Things changed in July of 2012, when she was 17 years old. She decided to look through her mother’s address book to see if Austin’s number was written in it.

Despite only remembering that his last name began with a T, she was able to find him — and went on to plug his full name into Facebook. She instantly found him there, and the pair began chatting online.

They realized that Austin lived just ten minutes away from Natalie’s dad in Florida, where Natalie was due to visit for a few weeks.

After arranging dinner plans with their families, they met up in Florida at the end of the month.

Natalie said: ‘Ever since that time, we’ve been together. It was like the second I saw him, it was a friendship that had come back to life instantly.’ 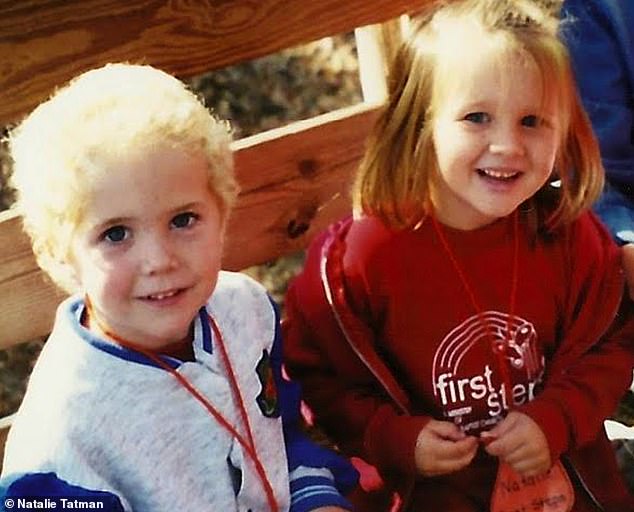 Separated: She had no contact with Austin for the next 12 years. She recalls asking her mother about Austin when she was a kid 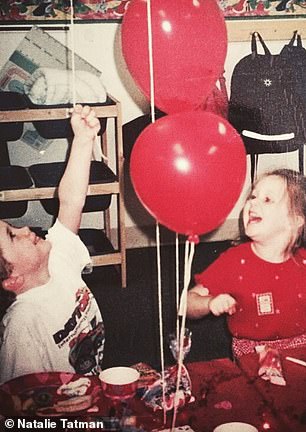 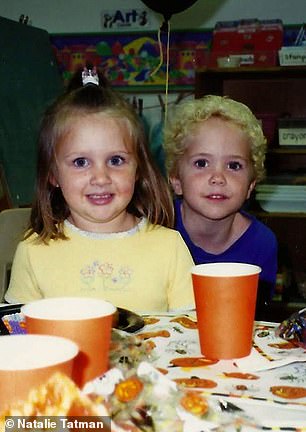 Hopeful: When she was 17, Natalie decided to look through her mother’s address book to see if she could find Austin’s number, before adding him as a friend on Facebook

She explained that by the time they had a second date, they both knew that they were in love with each other.

‘We rekindled the friendship on the first day of reuniting and then being alone, it was like, “Okay, whatever time that may be, I’m gonna marry you.”‘ 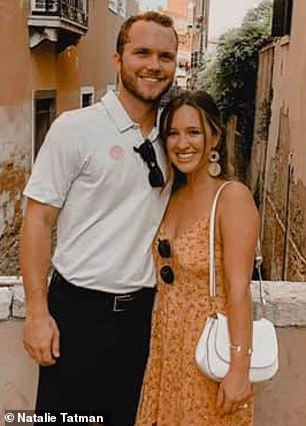 Love: ‘It was like the second I saw him, it was a friendship that had come back to life instantly,’ Natalie said, before adding that they knew they loved each other on their second date

Natalie told Today that her parents were ‘over the moon’ that she and Austin were reconnecting.

‘They were just as excited, if not more excited, than we were. They were both over the moon about us getting together,’ she said.

Natalie and Austin spent the next year in a long distance relationship while they finished high school. After school, Natalie went on to attend the University of Central Florida, while Austin chose to go to the University of Florida.

After graduating college, Austin proposed to Natalie while surrounded by their friends and family in August 2017.

While Natalie was planning the wedding, she became overwhelmed with emotions.

‘After we had picked the place we were gonna get married, that’s when it was like “I’m literally marrying my preschool sweetheart.” This is insanity,’ she said.

They tied the knot in April of this year in a romantic ceremony that took place in New Smyrna Beach, Florida.

They hung dozens of photographs of themselves when they were children, paying tribute to their adorable long-term friendship and relationship. 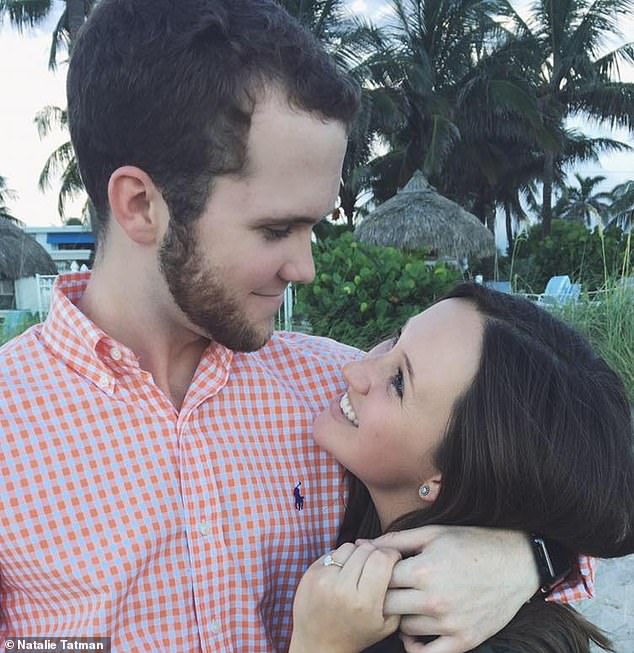 Journey: They finished high school at their respective schools in Florida and Connecticut, before going on to attend different universities in Florida 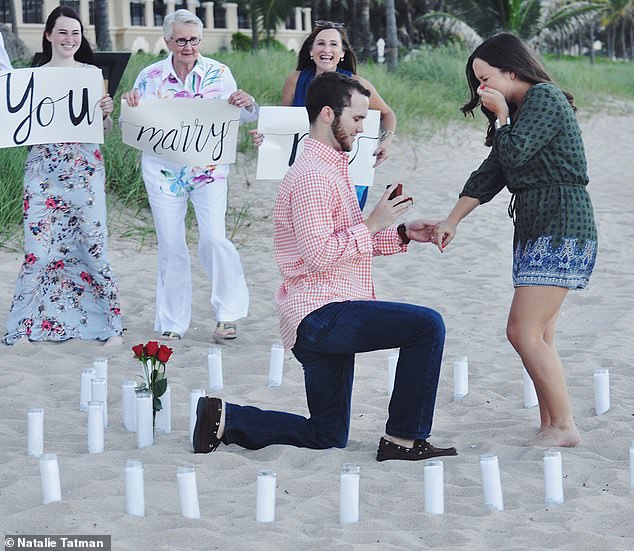 Wow! After graduating college, Austin proposed to Natalie while surrounded by their friends and family in August, 2017 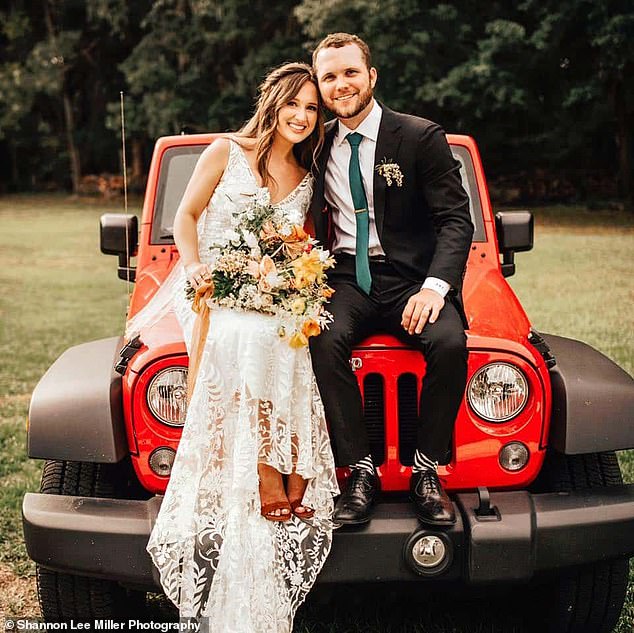 Romantic: The pair tied the knot in a romantic wedding in April 2019, during which they recreated a childhood photo that saw them standing together in a toy car 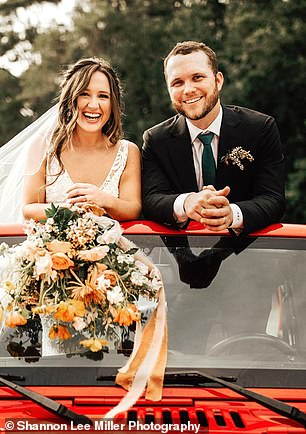 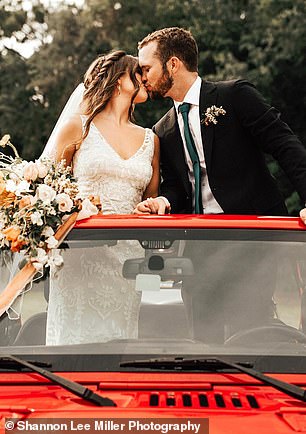 Fate: ‘It was kinda crazy how everything came together so perfectly’ Natalie said, adding that she believes that everything along their journey happened for a reason

The couple also added a unique twist to their ceremony to make it more personal, as they used an address book as a guestbook. 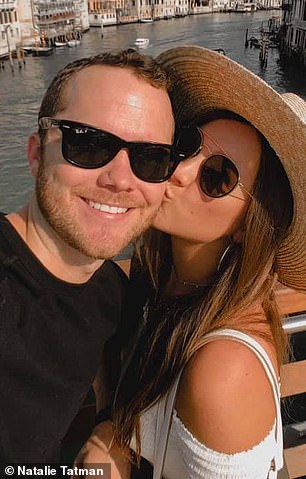 They also recreated a childhood photo in which they stood together in a toy car.

Natalie, who now lives with Austin in Fort Lauderdale, Florida, said she believes that everything happened for a reason.

She explained: ‘There’s a reason that my mom moved us away. At first, she was upset that [we left] Florida where a lot of our family and friends were.

‘But when I look back on it, if we hadn’t moved and I had grown up with Austin, I think it would have been a lot different… I don’t know if we would’ve been together.

‘It was kinda crazy how everything came together so perfectly, and it still doesn’t make sense to me to this day,’ she added.