Childish Gambino has announced the cancellation of his upcoming Australian tour.

The American artist and actor, real name Donald Glover, has been forced to scrap all shows after sustaining a foot injury during a concert in Dallas, Texas, last month.

TMZ recently claimed the star had been spotted ‘using a wheelchair and leg brace’ before he reportedly ‘broke his foot’ on stage in Dallas due to a preexisting injury – but this is yet to be confirmed.

‘Apologies to the fans, I will be back soon’: Childish Gambino cancels Australian tour due to injury… just days before his show in Perth

Donald continued: ‘Apologies to the fans. I will be back soon.’

Live Nation also issued a statement, calming Donald ‘is not confident of being able to perform at his full capacity and deliver the shows he had been planning.’

It is currently unknown if the shows will be rescheduled, but Live Nation confirmed they’re ‘working with the artist’ in a bid to get him to Australia at a later date.

The touring promoters urged fans on Sunday to stay tuned to their social media accounts across Facebook and Twitter for any further updates. 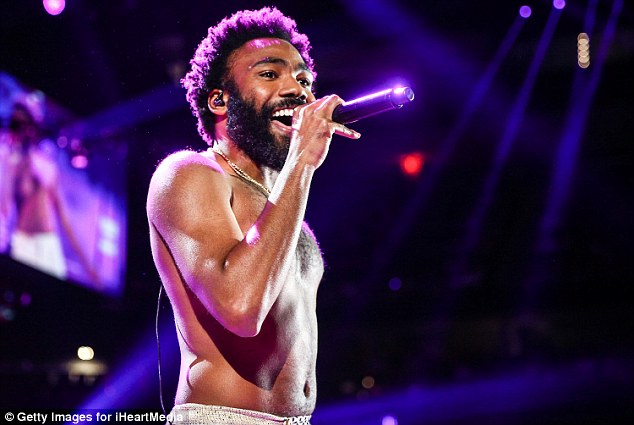 Injured: After sustaining a foot injury on stage on Dallas last month, the star stated he’ll ‘be back soon’ while apologising to fans on Sunday, as Live Nation claimed he ‘is not confident of being able to perform at his full capacity and deliver the shows he had been planning’

The multi-talented recording artist was due to arrive Down Under in November for four sold out shows across Perth, Melbourne and Sydney.

His first show, at Perth’s HBF Stadium, was set for 8 November before heading over to Melbourne’s Sidney Myer Music Bowl on 10 November.

Childish Gambino was then scheduled to play two final shows at Sydney’s Opera House Forecourt on the 14 and 15 of November.

Prior to allegedly ‘breaking his foot’ in Dallas on 23 September, TMZ claimed the star had been using a ‘wheelchair and leg brace due’ to a preexisting injury.

They claim that two days before the Dallas concert, Donald was ‘wheeled’ to stage for a performance at the iHeartRadio Music Festival in Las Vegas on 21 September.

He is said to then have ‘removed’ his brace and stepped out of the wheelchair as he then performed a full set as normal.

After sustaining the injury during his Dallas show two days later, it is believed the star cut his set 30 minutes short, presumably to seek medical treatment.

A concert-goer told TMZ that he ‘was attempting to do the splits and hurt himself’ in Dallas – but others claim ‘he misstepped during a dance move’. 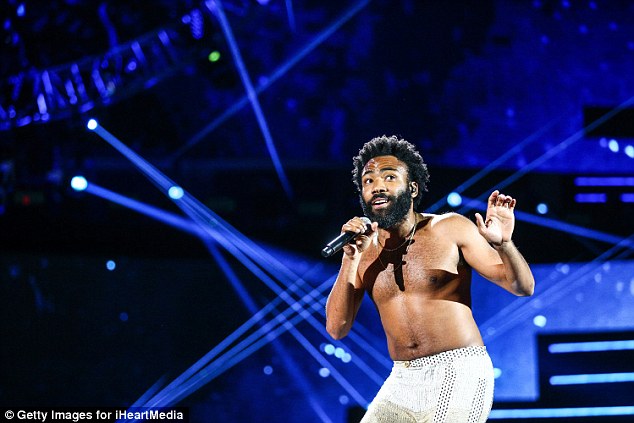 Recovering: TMZ recently claimed the star ‘broke his foot’ and had been spotted ‘using a wheelchair and leg brace’ prior due to a preexisting injury, but the extent of his injury is yet to be confirmed