Children are denied cancer drugs due to EU loophole

Charities are demanding action over an EU ‘loophole’ which could deny thousands of children cancer drugs.

Charities including the Institute of Cancer Research and Teenage Cancer Trust say around 3,600 British children could miss out on life-saving drugs as a result.

The loophole lets firms avoid doing trials of new medications on children in some cases if the drugs are for adult cancers – even if they may work for both age groups.

But instead of changing the rules, the European Commission has set up a review into the regulation, which could last up to two years.

Professor Paul Workman, chief executive of the Institute of Cancer Research in London, said: ‘There is no scientific reason why children’s cancer treatments have not advanced as quickly as adult treatments.

He added: ‘We believe that there is no excuse for another two years of the status quo – and fear that the delays will cost the lives of children and young people.’

Every year around 1,800 children in the UK are diagnosed with cancer – most commonly leukaemia, brain cancer or cancer of the spinal cord.

It means 3,600 children will develop the disease in the next two years, during which they could be denied access to a drugs trial.

The European Commission could take this long to reach a decision on changing regulations, with its ‘evaluation’ of the rules set to conclude in 2019.

A top EU official has admitted its failure, with Vytenis Andriukaitis, Commissioner for Health and Food Safety, stating recently: ‘When we consider the advances in adult oncology, it upsets me deeply that we have not made the same progress in treating the cancers that affect children.’

The Institute of Cancer Research found pharmaceutical companies were granted waivers to avoid children’s trials of cancer drugs for 33 out of 53 cancer treatments, in an analysis of European Medicines Agency data for the five years to 2016. 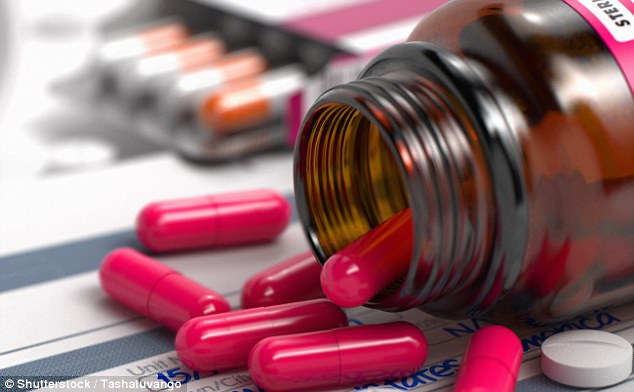 However experts say a lung cancer drug has been shown to treat childhood brain cancer, while an advanced kidney cancer drug, called axitinib, could help children with rare cancers like neuroblastoma.

If the review does not overturn the rules, British children with cancer are feared to miss out even post-Brexit. Cancer drugs tend to be cross-country projects, so European rules could still apply to trials taking in British cancer patients.

It states: ‘We cannot accept that outdated legislation should be allowed to deny thousands of children with cancer across Europe the treatments they so urgently need.’