Children as young as five will start getting Covid-19 jabs by late January once Pfizer and Moderna’s vaccines are approved.

Australia’s Covid vaccine coordinator Lieutenant-General John Frewen said the rollout could begin in early January, but will take a few weeks to ramp up.

Pfizer and Moderna gained provisional determinations for child vaccines – Moderna for six to 11-year-olds and Pfizer for kids as young as five.

Both need to be fully approved by the Therapeutic Goods Administration, then given the green light by the Australian Technical Advisory Group on Immunisation.

Pfizer’s vaccine has 10 micrograms in each shot compared to the 30 micrograms given to those aged 12 and over.

Infants could also start getting jabs just weeks later with trials underway for vaccines to be used in children aged six months to five and 800,000 doses ordered for them.

The results are due early next year and infants aged zero to four are only likely to have one shot if vaccinations are approved.

Lieutenant-General Frewen said Australia ordered more than five million doses so the program can kick off as soon as the green light is given.

‘We have already secured Pfizer five to 11 vials as part of our booster contract as a contingency if other vials were required. We have actually purchased sufficient supply for doses and boosters down to infants,’ he told the Sydney Morning Herald.

‘While it is a matter for the TGA and ATAGI [to approve the jabs], once US data is available and approvals are given, this could be for commencement at the start of January but this will depend on the independent assessment processes.

‘So when’s the earliest time this happens? You know, if it’s happening by the end of January, then I think things are going at a good speed.’ 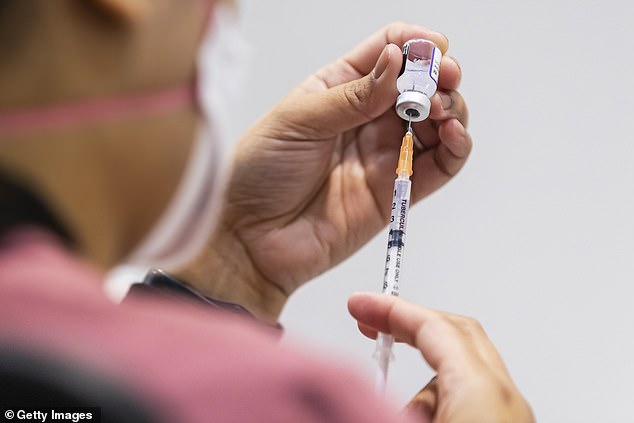 A special Pfizer vaccine has been developed for children aged 5 to 11, which has 10 micrograms in each shot compared to the 30 micrograms given to those aged over 12 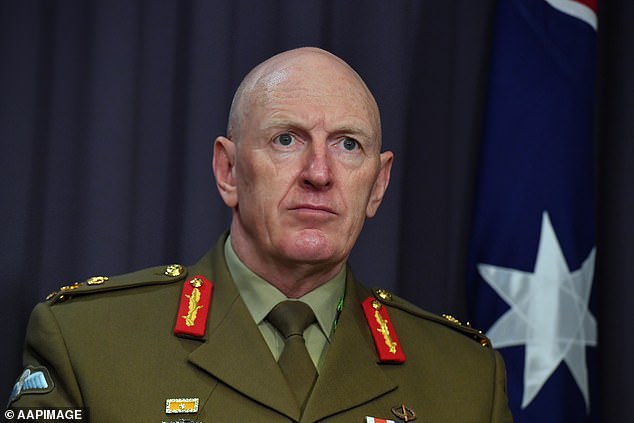 The rollout for younger age groups is expected to predominantly take place at vaccination hubs, GP clinics, and pharmacists, with schools also a possibility.

The US Centre for Disease Control and Prevention recently gave the all clear for children aged five to 11 receive the Pfizer vaccine.

Moderna’s vaccine, Spikevax, could also be given to younger children after it was granted a ‘provisional determination’ by the TGA last week.

The grant means Moderna can apply to vary the provisional approval for the vaccine for use in children aged under 12.

As of Friday, there have been 37,554,164 doses administered in the national Covid vaccination rollout and more than 7.4 billion world wide.

About 90.3 per cent of people 16 and over in Australia have received at least their first dose and 82.8 per cent are fully vaccinated. 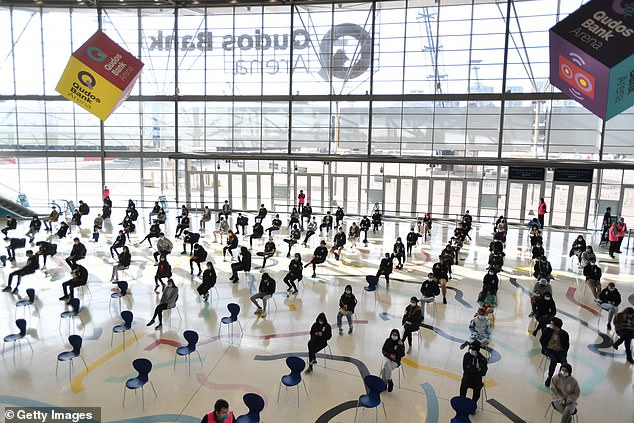 The rollout for children will predominantly take place at vaccination hubs, GP clinics, and pharmacists. Pictured: Students wait to receive the Pfizer vaccine at Sydney’s Qudos arena in August