Sad and shocking moment a BABY is rescued from a seedy Philippines slum where she was allegedly being used to film live-sex shows for paedophiles – after the arrest of an Australian man, 68, led cops to the lair

Pictures have emerged showing authorities in the Philippines rescuing a baby from a seedy den that was allegedly used to film child pornography – after they were tipped off by the arrest for an accused paedophile in Australia.

The arrest of the accused paedophile in Victoria, Australia, has led to 14 children being rescued from sexual abuse in the Philippines.

Six girls and eight boys, aged between two and 17, were removed from harm on May 7 after the Australian Federal Police provided intelligence to the Philippine Internet Crimes Against Children Centre.

The Philippine National Police arrested three women and a man in Bombon, in the province of Camarines Sur, accused of facilitating the online child sexual abuse.

A young child is seen being rescued from the alleged child sex ring in the Philippines, with the youngest just two years old 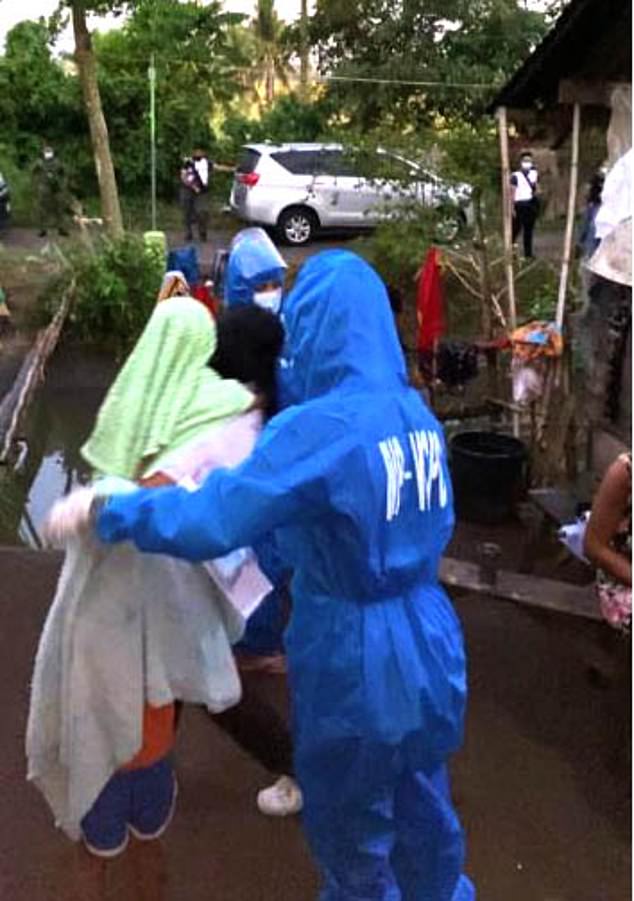 Six girls and eight boys (pictured, some of the victims), aged between two and 17, were removed from harm on May 7

The maximum penalty for the offence is 15 years imprisonment.

They then tipped off the AFP International Command in the Philippines.

A computer seized from the man contained child abuse material and records of online chat conversations allegedly facilitating ‘pay per view’ child abuse content in the Philippines, police alleged in a Victorian court. 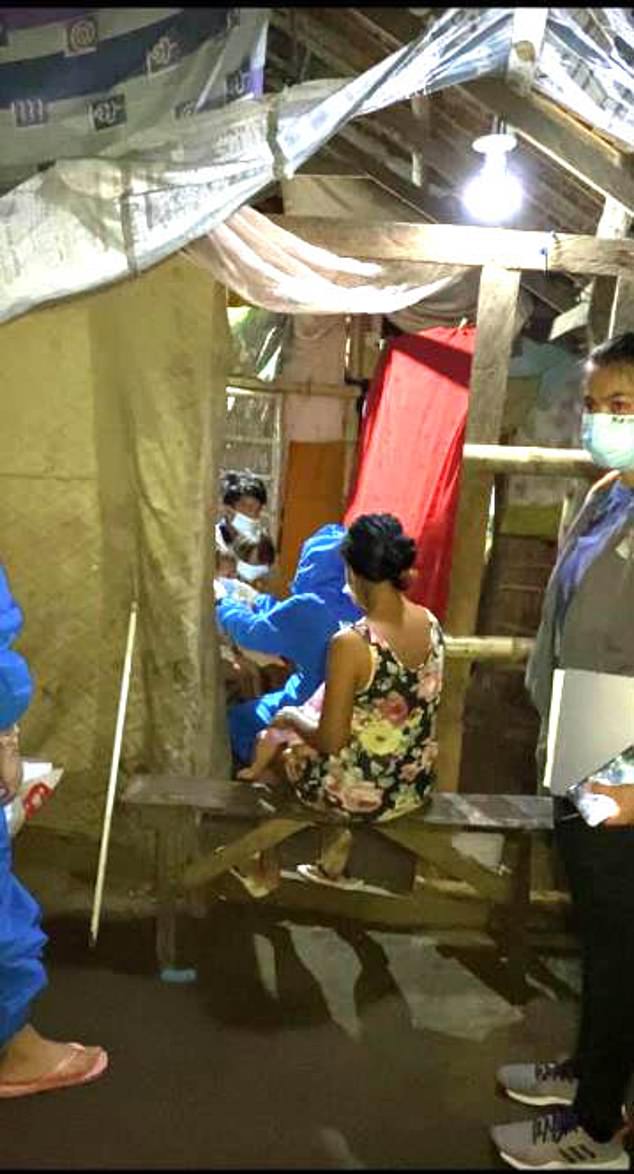 The Philippine National Police arrested three women and a man in Bombon, in the province of Camarines Sur, accused of facilitating the online child sexual abuse

The child victims have been placed in the care of a local social welfare office.

‘Our investigators are dedicated to protecting children in Australia from abuse and work with law enforcement across the world to do the same,’ AFP Commander Todd Hunter said on Monday.

‘Our message to offenders accessing or exchanging child abuse material online is that we will never stop trying to identify anyone involved in bringing harm to children and bringing them before the court.’

The investigation into the Australian man was linked to an earlier Victorian arrest of a man charged by the AFP for allegedly paying for live-streamed child abuse.

Police traced the initial arrest to the Philippines, which led to the rescue of nine children, aged two to 16, and the arrest of a woman by Philippine authorities. 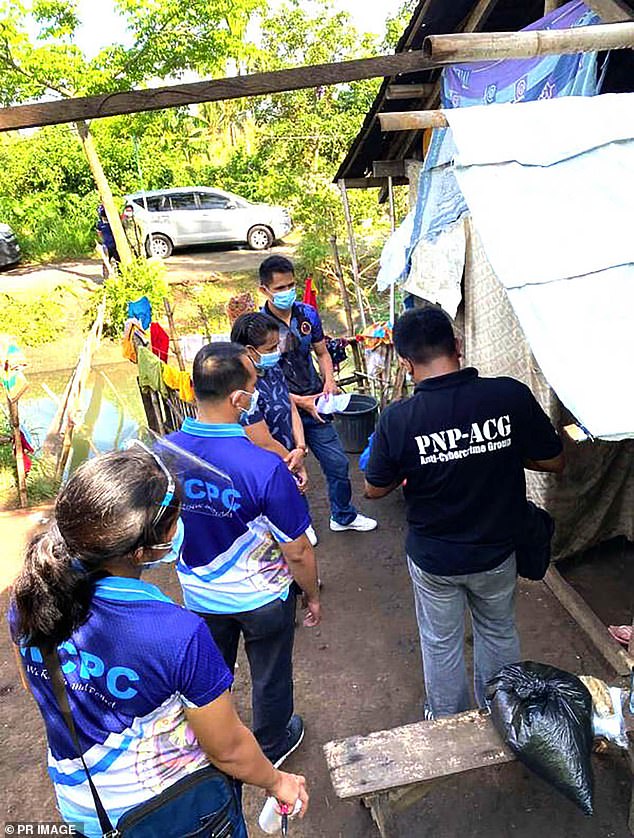 Fourteen children, aged between two and 17, have been rescued from alleged child sexual abuse in the Philippines. Pictured: Philippine National Police conducting a raid