Parents are not impressed after their kids left empty handed at this years Easter egg hunt at the Grounds of Alexandria in Sydney’s inner west.

The business held a Cadbury Easter egg hunt on Saturday morning for kids to scoop a handful of chocolate and run around the grounds with the Easter bunny.

Instead, excited children who waited more than 40 minutes beside a bust road found all the chocolates had gone 15 minutes after the event began. 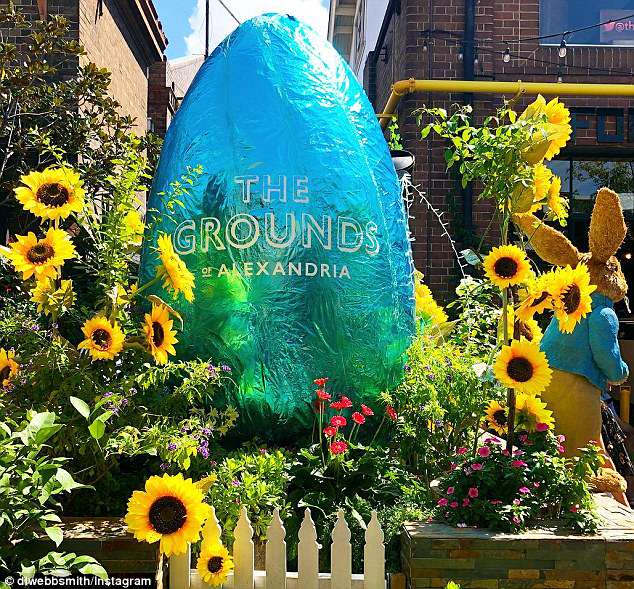 Despite an advertised 15,000 eggs scattered across the garden one upset customer said she watched staff members wheel in only ‘four boxes of eggs’ in to the free event.

Sadie Louise Rainford gave the popular venue a one star rating on Facebook and said ‘organisation seems to be missing in their vocabulary.’

‘Some bright spark thought the best place to queue with hundreds of kids would be next to the main road.’ 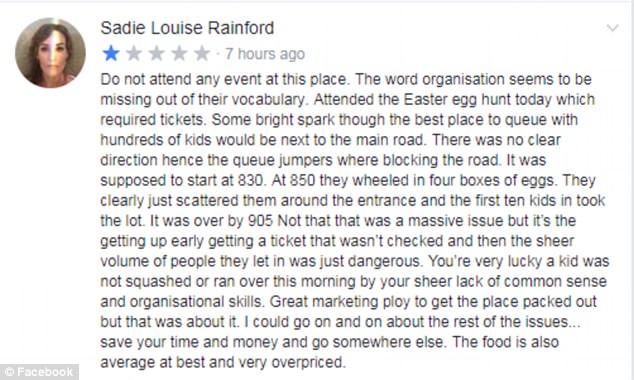 Many unimpressed parents posted on the Grounds of Alexandria’s Facebook page the event wasn’t planned well-enough. 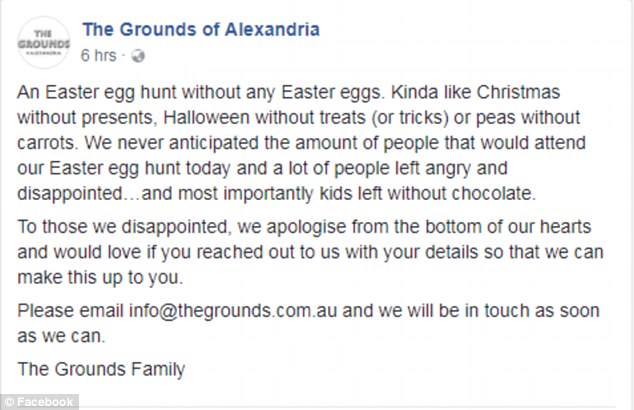 The mother also noted tickets to the event weren’t checked and she believed the volume of people let in to the venue was dangerous.

‘You’re very lucky a kid was not squashed or ran over this morning by your sheer lack of common sense and organisational skills,’ she said.

The Grounds of Alexandria issued an apology to customers on Facebook who missed out on the event. 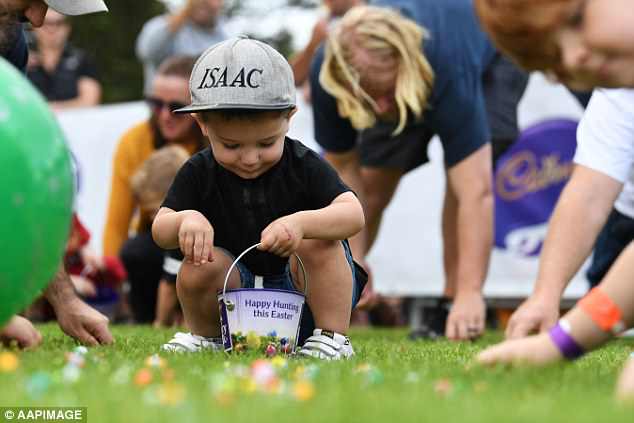 In Melbourne, the Cadbury Easter egg hunt went off with out a hitch at Werribee Mansion 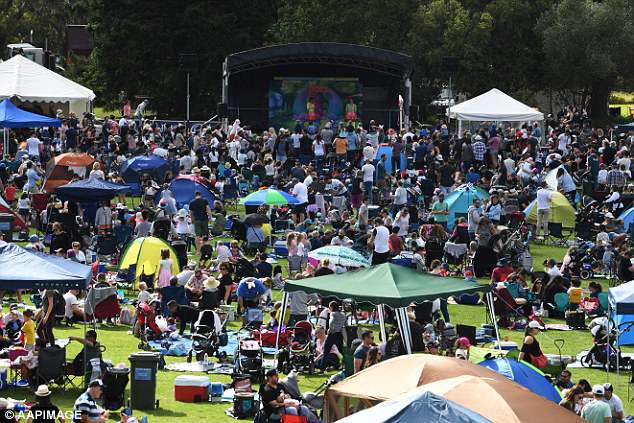 In Melbourne(pictured) the event went much smoother at the Werribee Mansion on Friday morning. The event raised almost $2 million for the Royal Children’s Hospital

‘We never anticipated the amount of people that would attend our Easter egg hunt today and a lot of people left angry and disappointed…and most importantly kids left without chocolate,’ it said.

The company also said they would compensate any customers who missed out in the egg hunt.

Customers were asked to purchase a ticket a head of the event.

In Melbourne, the Easter egg hunt went off with out a hitch at Werribee Mansion.

The sold-out event raised money almost $2 million for The Royal Children’s Hospital in Melbourne on Friday.

The Grounds of Alexandria have been contacted for comment. 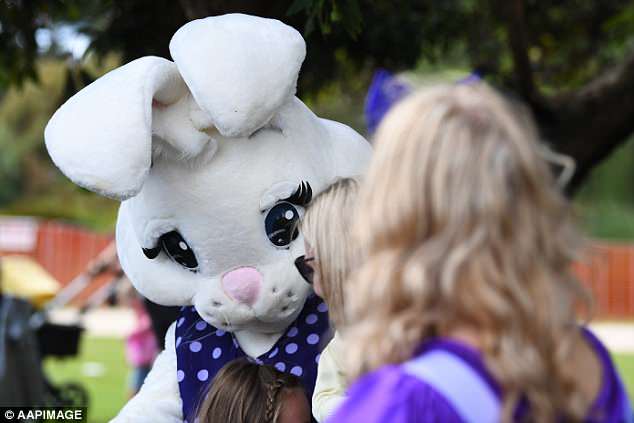