Children who get hours of extra tuition to pass the 11-Plus entrance exam for grammar schools are more likely to fail, according to a headteacher.

Desmond Deehan, who runs Townley Grammar School in Bexley, London, says tuition makes pupils more ‘anxious and nervous’ causing them to under perform in the test.

In BBC Two’s Grammar Schools: Who Will Get In?, two pupils from Upland Primary School that were given extra tuition both failed their exams and were sent to secondary modern schools.

One pupil, Joanita, had three hours of tuition a night which her mum forked out £300 a month for, despite earning £8 an hour while working in Poundland.

Similarly, Roman, who had always performed well in school, was given weekly tuition to get him prepared for the exam, which is mandatory to pass to attend grammar schools.

Both pupils failed the exam, compared to another little girl in the documentary, Summer, who didn’t have any extra lessons and passed with flying colours.

The 11-Plus exam is meant to be ‘tutor-proof’ and based solely on a child’s own abilities, though there are hundreds of private tutors and tuition centres operating in grammar school catchment areas.

He said: ‘You can have a parent who excessively tutors their child to the point that they’re so anxious and so nervous when they do the test, to the point where they do far worse than if you just left them alone.’ 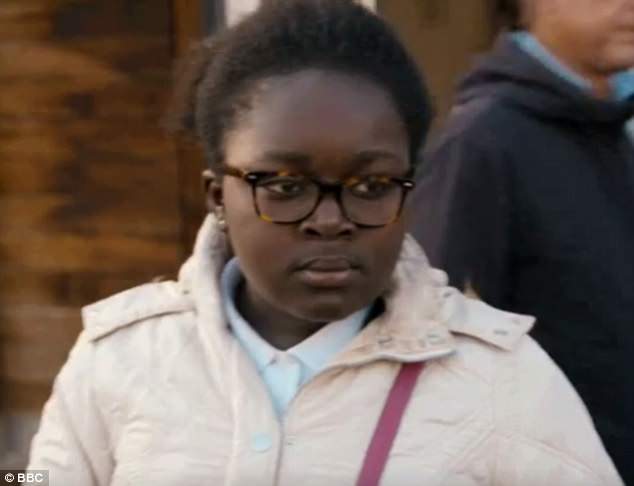 Joanita (pictured) failed the exam despite her mother spending £300 a month on her extra tuition, which gave her three hours of help a night 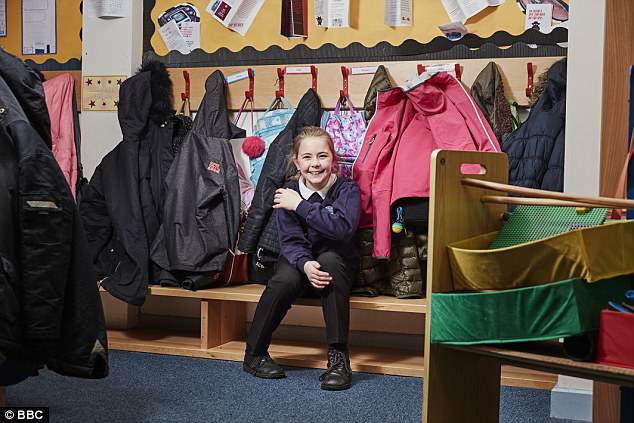 In a bid to encourage her to study, Joanita’s mother told her she would get the latest iPhone if she passed her exam.

WHAT ARE GRAMMAR SCHOOLS?

Unlike non-selective comprehensives, grammars are state-funded secondary schools that admit pupils based on their academic ability.

Students are offered places after sitting exams which test skills such verbal reasoning and maths.

There are 163 grammar schools in England, many of which set their own admissions criteria and the type of entrance tests they use.

As a result the student would spend three hours a night with her tutor, another hour doing her homework and then more revision before bed.

Her mum said: ‘I spent a lot on the tutors so I’ll be happy if she passes, I’ll be very very happy.

‘Without a tutor, I won’t go there, because she wouldn’t get it. Now she has the tutor I am positive she will pass.’

Despite all her hard work, Joanita scored 192 on her exam, which meant she fell short of the 214 she needed to get a grammar school place.

Both Joanita and her mother were visibly emotional when they got the news, as the child admitted she was worried about what would happen to her.

She said: ‘Am I going to be successful in life or am I going to be a big failure? I don’t really know why it didn’t work, I’m not sure why, but yeah I’ve just go try my best the next time.’ 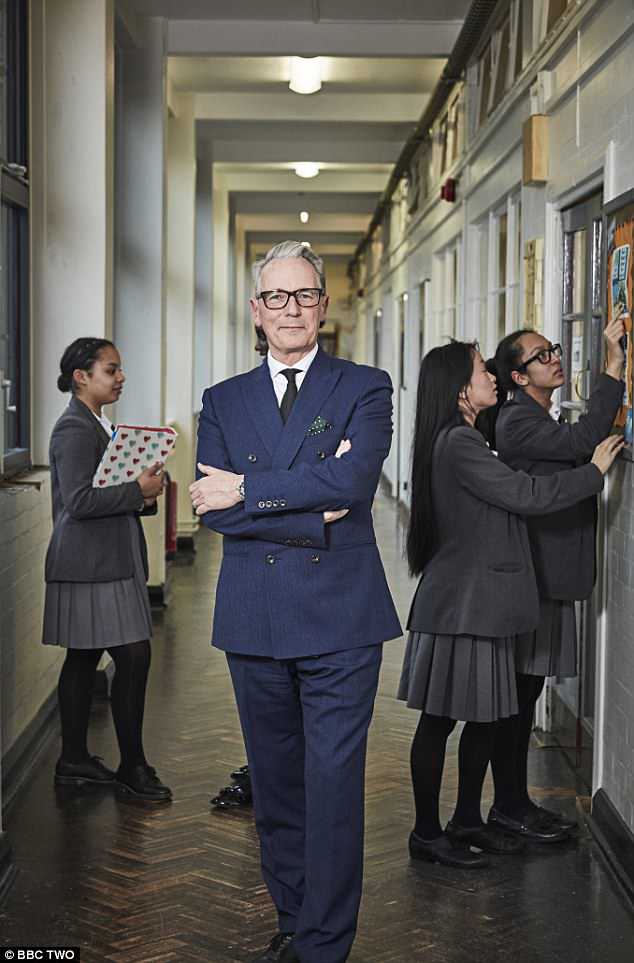 Desmond Deehan, who runs Townley Grammar School, says tuition can make pupils so ‘anxious and nervous’ that they don’t perform well in the test

Meanwhile, Roman’s grades had always been above the national average and his mother signed him up for tutoring to give him the extra assurance that he’d pass the exam.

She spent £24 an hour on tuition from Horizon Tuition in Bexleyheath, which is run by Vicki Seamons.

Vicki said: ‘We do have students where the extra support will help them go through the test and to go on to a selective school.

‘I have also seen tutors advertise saying ”guaranteed pass” or ”a hundred per cent success rate.”’ 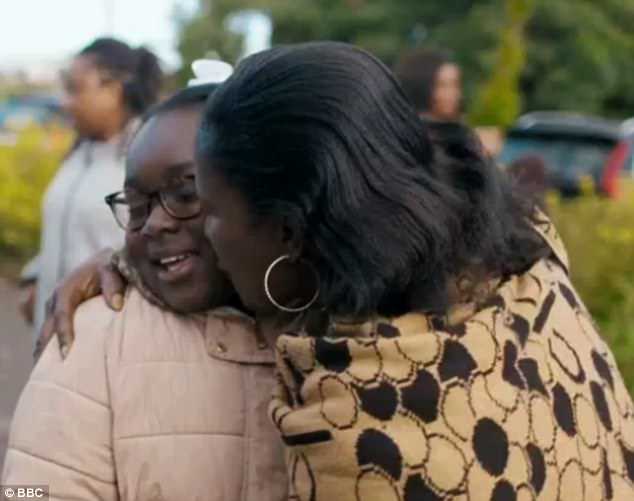 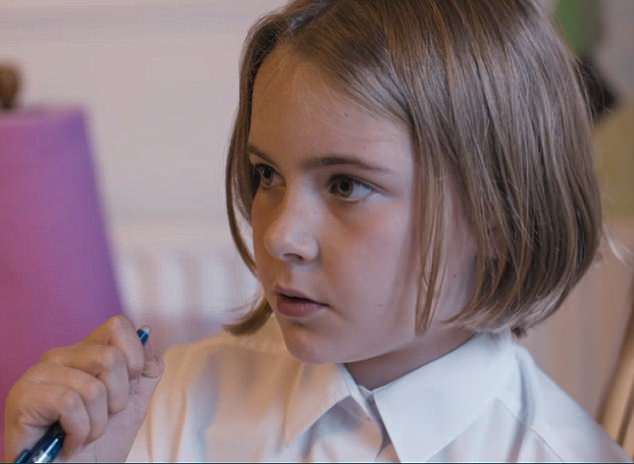 ‘My personal opinion is we are here to help students no matter what. If we help them and they got through that’s brilliant. ‘

Unfortunately, once again the tuition was not enough to push the student through and Roman didn’t manage to pass the exam, but vowed to still do well.

The Eleven plus test is a test given to pupils in their last year of primary school (year 6 in England and year 7 in Northern Ireland) and is used as a means to determine whether that pupil is suited to grammar school.

Since the early 1970s many areas of the UK have not used the 11-Plus exam and have favoured a comprehensive education system that is non-selective.

However, there are still a considerable number of schools that admit pupils based on the exam.

Students are required to score 214 to pass the exam.

He said: ‘Me and my friends said if we don’t pass we’ll work hard at a non-selective school; we’re still clever no matter what school we go to.

‘We tried our best and our best wasn’t good enough.’

Summer was desperate to go to grammar school because she thought it would offer her more opportunities for her career.

Her mother had been to grammar school herself and knew what pressures were put on pupils, and so didn’t want to overload her own children with work.

She explained: ‘If you’re needing heavy tuition to pass an exam it’s a bit sad I don’t think its fair.

‘They’re too young to feel like they’re not good enough with what they’ve got in their brains anyway.’

Instead Summer would do practise papers at home and passed the 11-plus by two marks over the pass mark.