An elderly Iowa woman who has been greeting children riding on a school bus past her house every morning on Friday got an unexpected surprise – and was catapulted to Internet stardom in the process – when the kids wished her a happy birthday.

Bonnie Linder, of Hartley, celebrated her 93th birthday on Sunday. Two days prior, she was standing on her porch waiting for the yellow school bus to roll by so she could wave at the kids, as she has been doing since last fall.

What Linder did not know is that one of her daughters teamed up with the school bus driver and the local students to surprise her mother that morning.

A school bus is seen approaching the home of Bonnie Linder, in Hartley, Iowa, Friday 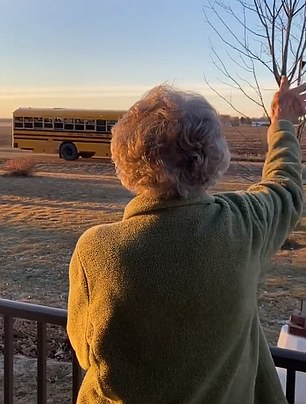 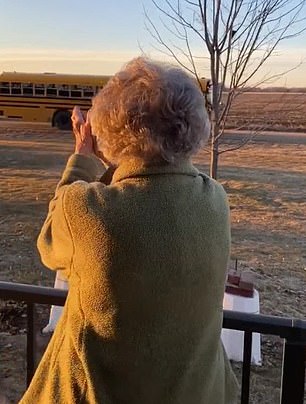 Every morning, Linder greets children as they pass her home on their way to school. On Friday, they surprised her by wishing her a happy birthday from the bus 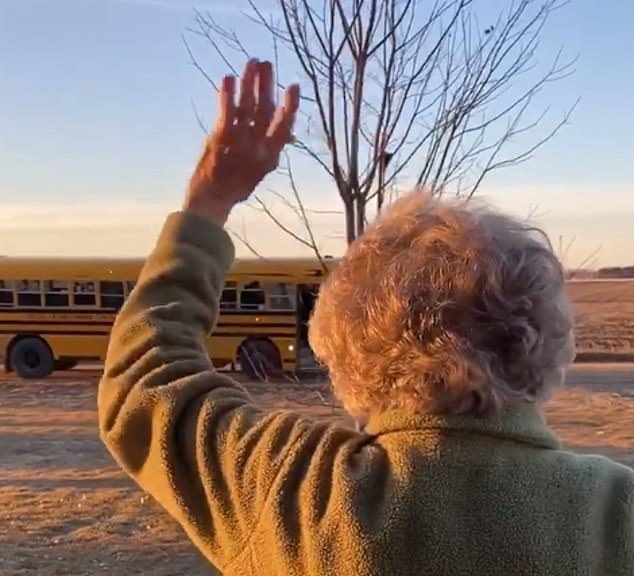 One of Linder’s daughters helped organize the surprise, and the other recorded it on video

Linder’s other daughter, Judy Zimmerman, took up a position behind her mother with her phone in hand and stood at the ready to capture the heartwarming moment.

As the school bus laden with children came into view, Linder started waving enthusiastically. A moment later, the vehicle screeched to a stop in front of the house and a chorus of children called out in unison, ‘Happy birthday!’

The short video shows the nonagenarian birthday girl, seen in the view from behind, clapping with delight and laughing.

‘Happy birthday, Bonnie!’ the bus driver yells out. ‘We want to wish you a happy birthday. Have a good one.’ 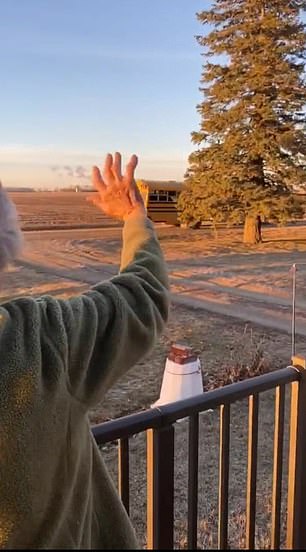 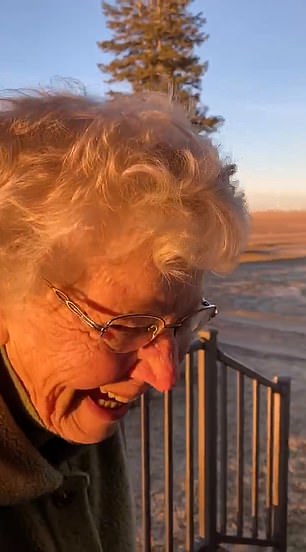 In the video, which has gone viral, Linder appears overjoyed and laughs with delight 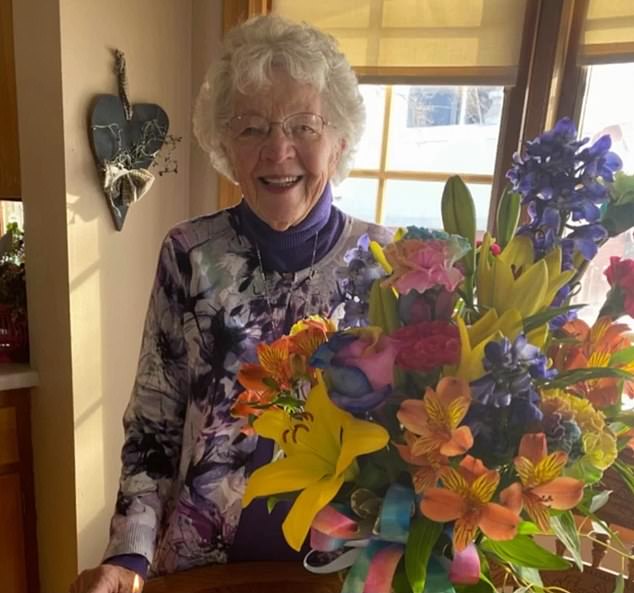 Still chuckling to herself, Linder replies: ‘I hope it is.’

Before the bus continued on its way to school, the children treated Linder to one more hearty ‘happy birthday.’

Visibly overjoyed by the children’s act of kindness, Linder is heard exclaiming, ‘Oh, my land!’

The video capturing Linder’s sheer joy was posted on Facebook, where it has drawn more than 1,900 views as of Wednesday afternoon.

Zimmerman told CBS News that beside greeting the children daily, her mother also waves at one of her daughters on her way to work, her local mail carrier and a man hauling a cattle wagon past her house.

It would likely be awhile before Linder gets to greet the school kids from her porch again: due to the coronavirus outbreak, Iowa Governor Kim Reynolds on Sunday recommended that all schools in the state be closed for four weeks.