Every sick child in England with mysterious conditions will have the chance to have their entire DNA mapped as of next year.

All youngsters admitted to intensive care in England with an unknown disorder will be offered a genome analysis from January.

The NHS will be the first in the world to offer the screening, also an option given to the parents of children, carried out via a blood sample.

Experts say the move could transform the diagnosis of children with rare diseases.

This comes after a study found unraveling a young patient’s genetic code while in intensive care led to a diagnosis in as little as two weeks.

Cambridge University researchers found it changed the treatment the child received in 75 per cent of cases.

Screening some of the youngsters’ parents also revealed whether they had passed on ‘faulty genes’ to their children.

The scientists said this flagged to them the risk this could happen again if they expanded their family.

The research, called Next Generation Children, was led by Dr Lucy Raymond, a professor of medical genetics and neurodevelopment at Cambridge.

Professor Raymond told the BBC: ‘It is astonishing to be able to give a meaningful result from whole genome sequencing analysis in just a couple of weeks.’

She added that earlier in her academic career they spent ‘years simply trying to locate a single gene’.

‘Parents will no longer have to suffer an agonising diagnostic odyssey of going to different specialists repeating their story and we can use that time focused on the care of the child,’ she added.

Figures show almost 100,000 young patients are admitted to intensive care units across the UK each year.

She added the project will be rolled out in England next year. It will act as a template for the NHS Genomic Medicine Service.

Some 350 youngsters had their DNA screened while being treated at Addenbrooke’s Hospital’s intensive-care unit.

The babies and children involved were suffering from a range of conditions, such as birth defects, epilepsy and reduced growth.

After having their DNA sequenced, results revealed one in four had an underlying genetic condition.

The parents of a two-year-old girl reveal she was diagnosed with a rare form of epilepsy thanks to the Next Generation Children research project.

After undergoing the DNA analysis, Miss Cole, of Suffolk, claims they were told there and then the youngster had Dravet syndrome.

This is a very rare form of childhood epilepsy that affects just one or two in every 500 youngsters with seizures.

As a result of Millie-Mae’s diagnosis, doctors changed one of her medications, which immediately made a ‘big difference’.

The parents, who have three older children, were told their daughter had a mutation in her SCN1A gene, which occurred spontaneously and was not passed down from them.

Although routine genetic testing would likely have eventually revealed Millie-Mae’s mutation, Professor Raymond warns it would have taken months longer, with some conditions even taking years.

These disorders occurred spontaneously at conception in two-thirds of cases, with the remainder being inherited.

The children’s appearances alone were not found to be an accurate indicator of whether they had a genetic condition, which surprised the scientists, geneticists and doctors involved in the research.

Professor Raymond claims the project could knock months or even years off the time it takes for a child to be diagnosed with a rare disease.

Next Generation Children is expected to let doctors manage youngsters’ conditions more effectively, which may improve their health outcomes and even save lives.

It could also help bereaved parents get the ‘closure’ of knowing why their child died, the researchers claim.

And by knowing whether they have faulty genes that could be passed on to their children, parents can make informed choices about whether to have a family, they add.

Study author Professor David Rowitch, head of Cambridge’s department of paediatrics, said: ‘I believe this study will have an enduring impact on the field.

‘It adds to the weight of evidence that whole genome diagnostic testing should be applied in the management of intensively ill children.

‘The promise of this for the future includes more rapid diagnosis and early detection of genetic disease that can pave the way to providing medicines that are best suited to the child.’

DNA analysis has been made possible due to the speed of sequencing and its dramatic fall in cost.

Sequencing a genome sets the NHS back less than £1,000 ($1,270). Professor Raymond adds it could save the health service money by avoiding the numerous tests required to diagnose a rare disease.

Professor Dame Sue Hill, chief scientific officer of NHS England, said: ‘Genomics has the potential to transform the delivery of care for patients, which is why the NHS has prioritised it in its Long Term Plan.

‘This Cambridge trial is important because not only does it show the potential benefits of whole genome sequencing to significantly improve care for seriously ill children, but it also demonstrates this can be delivered as part of a mainstream service.’

Genome sequencing has given parents the peace of mind their son will not die of the same condition that killed their daughter.

Katie and Ian Picken’s daughter Seren died at just 13 weeks after she started having seizures at a few weeks old.

Seren seemed healthy when she was born in September 2017, however, her condition quickly deteriorated.

The Next Generation Children project revealed Seren inherited two faulty genes from her parents, which caused her to develop an incredibly rare, deadly mitochondrial disorder. Mitochondria is the ‘energy powerhouse’ of a cell.

When Mrs Picken became pregnant in May last year, the couple contacted the Cambridge scientists again, who tested cells in her placenta.

Results revealed the parents had not passed their faulty genes on to their unborn child, with their healthy son Rhys arriving in December. 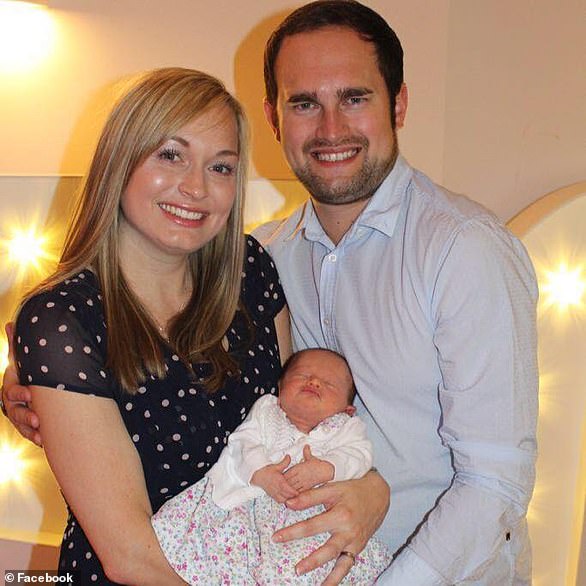 Katie and Ian Picken’s daughter Seren (pictured together) died at just 13 weeks. DNA sequencing later revealed she inherited two ‘faulty genes’ from both her parents, which caused her to develop an incredibly rare and deadly mitochondrial disorder

Following Seren’s death, blood samples were taken from her and her parents, and sent for genome sequencing.

Results revealed Seren was suffering from a mitochondrial disorder, however, its cause was unclear.

The Cambridge scientists later discovered two variations in the parents’ NDUFA6 gene, with Seren inheriting one from both her mother and father.

Professor Raymond uploaded the parents’ genetic variants onto a global database and found just three other children had the same condition.

The NHS can only carry out prenatal testing for a gene if it has been described in medical literature.

A sample of cells were taken from Mrs Picken’s placenta at 15 weeks for testing.

A few days later, the parents received the welcome news their faulty genes had not been passed on.

‘It was a hugely emotional moment; we sat and cried with happiness, and with sadness because of what we had gone through with Seren,’ Mr Picken said. 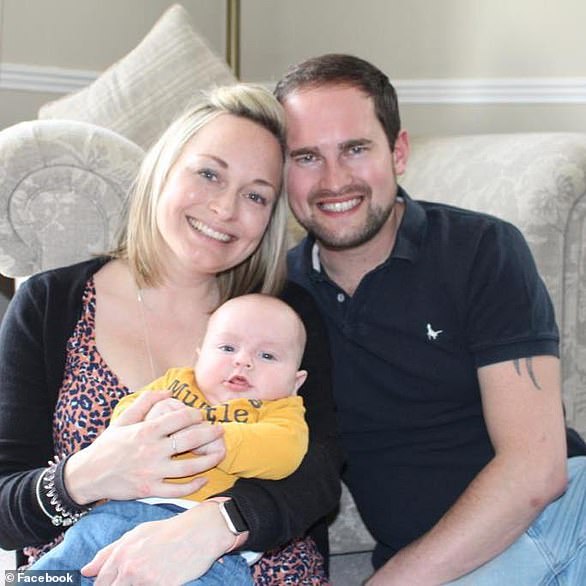 When Mrs Picken became pregnant again, cells from her placenta were analysed to determine whether the parents had passed their faulty genes onto their child. With the results coming back clear, Rhys (pictured with his parents) was born last December