Picture the kind of sites that are granted protected status and you’ll probably think of somewhere grand or historically significant – York Minster or the house in which Shakespeare was born, for instance.

Now there is a new addition to Historic England’s esteemed register of listed structures – a children’s slide on a council estate in London.

The structure – designed by landscape architect Michael Brown – was built in the 1970s in Westminster and has been delighting children ever since. 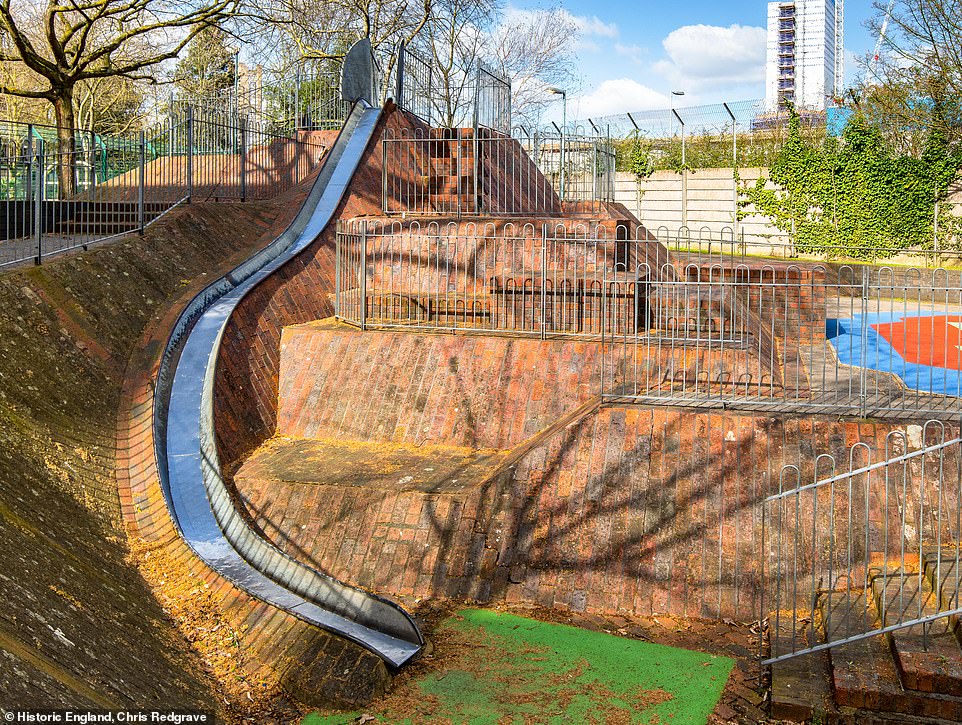 It is one of the last surviving play constructions from this period. Now it has cemented its place in history by being added to the National Heritage List with a Grade II-listing.

Historic England described the setting as ‘the most complete public housing project’ by Mr Brown and also complimented the play area’s complex brickwork.

It added that ‘very few items of play equipment have been listed, and this is a particularly ambitious and inventive creation’.

It was one of 24 parks, gardens and landscapes which were granted protection. 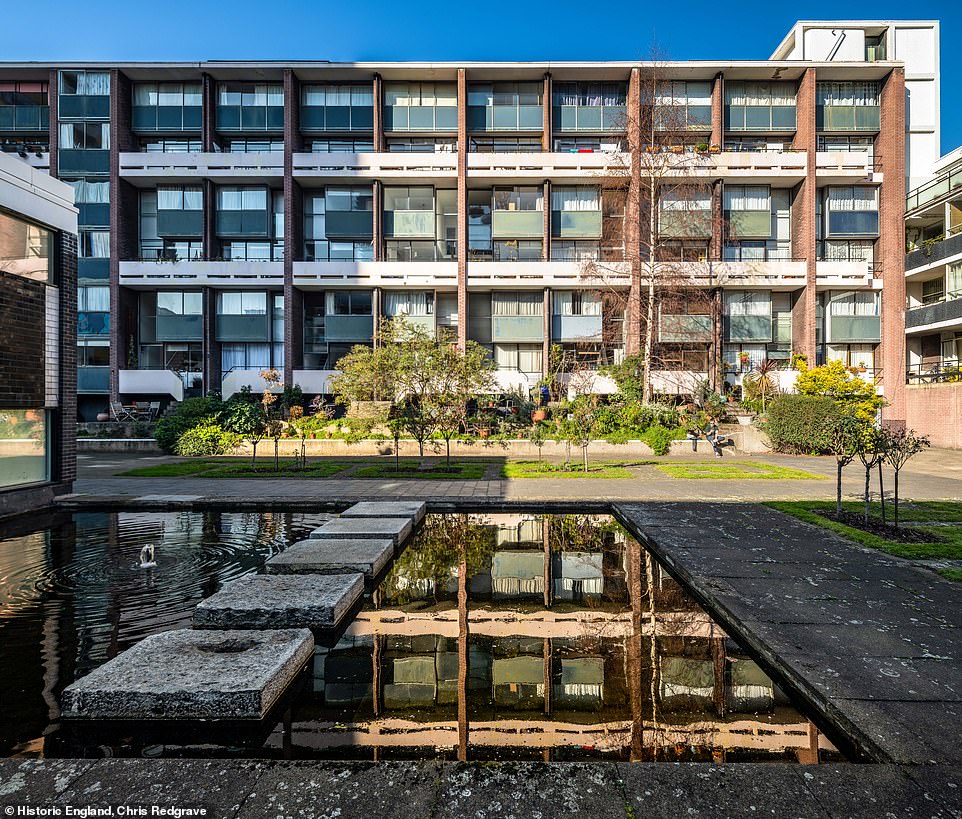 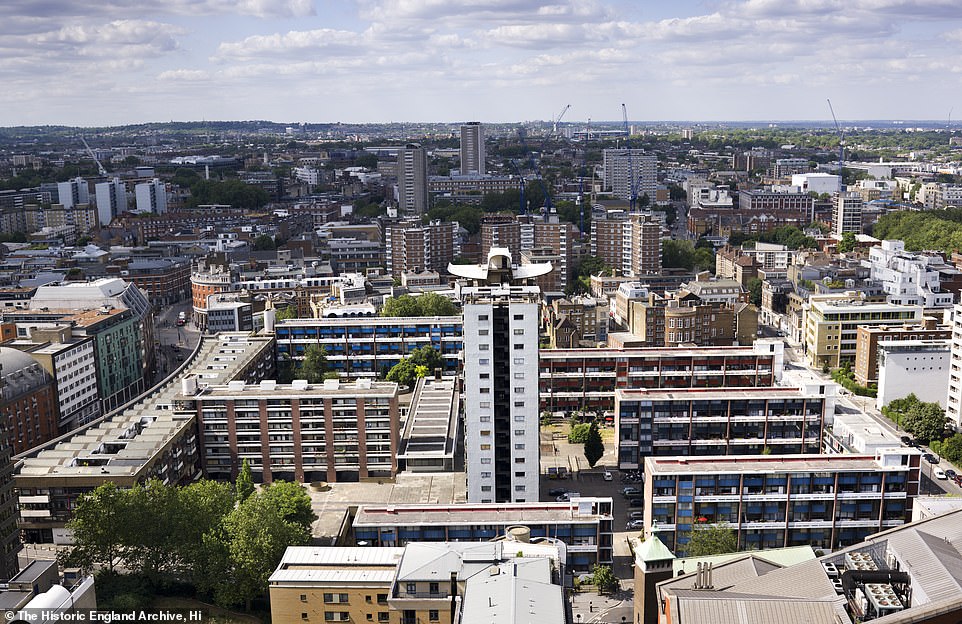 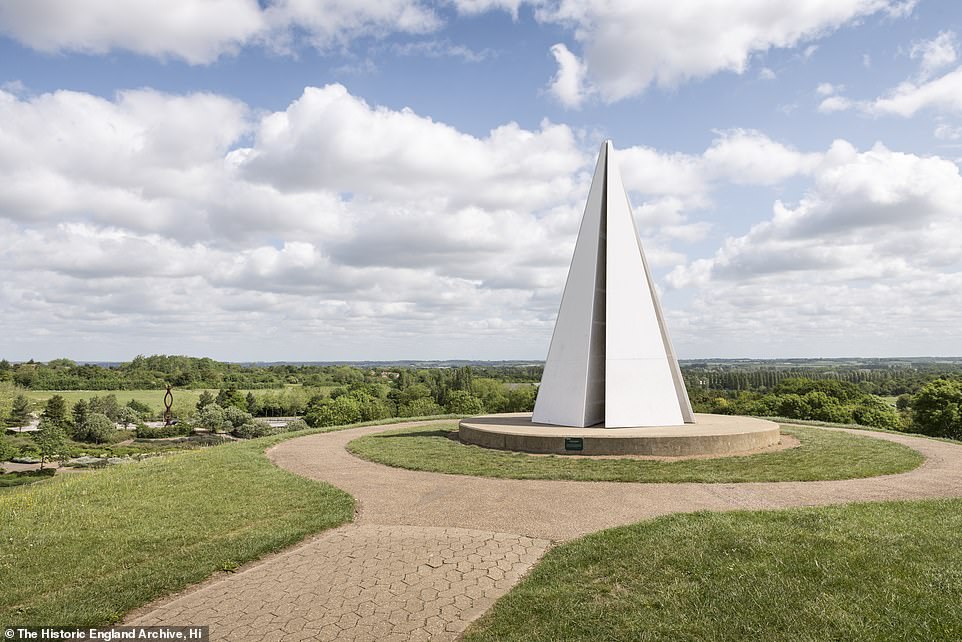 Other places added to the list were Campbell Park in Milton Keynes which features a ‘Light Pyramid’ first lit for the Queen’s Diamond Jubilee in 2012.

Also included is the Golden Lane Estate, Barbican, City of London, built between 1953 and 1962.

Duncan Wilson, from Historic England, said: ‘This project shines a light on some amazing landscapes that exist all over the country, celebrating how they enhance our lives.’

The Kennedy memorial landscape in, Runnymede, Surrey, was designed in 1964-65 by Sir Geoffrey Jellicoe for the British government and the Kennedy Memorial Trust. 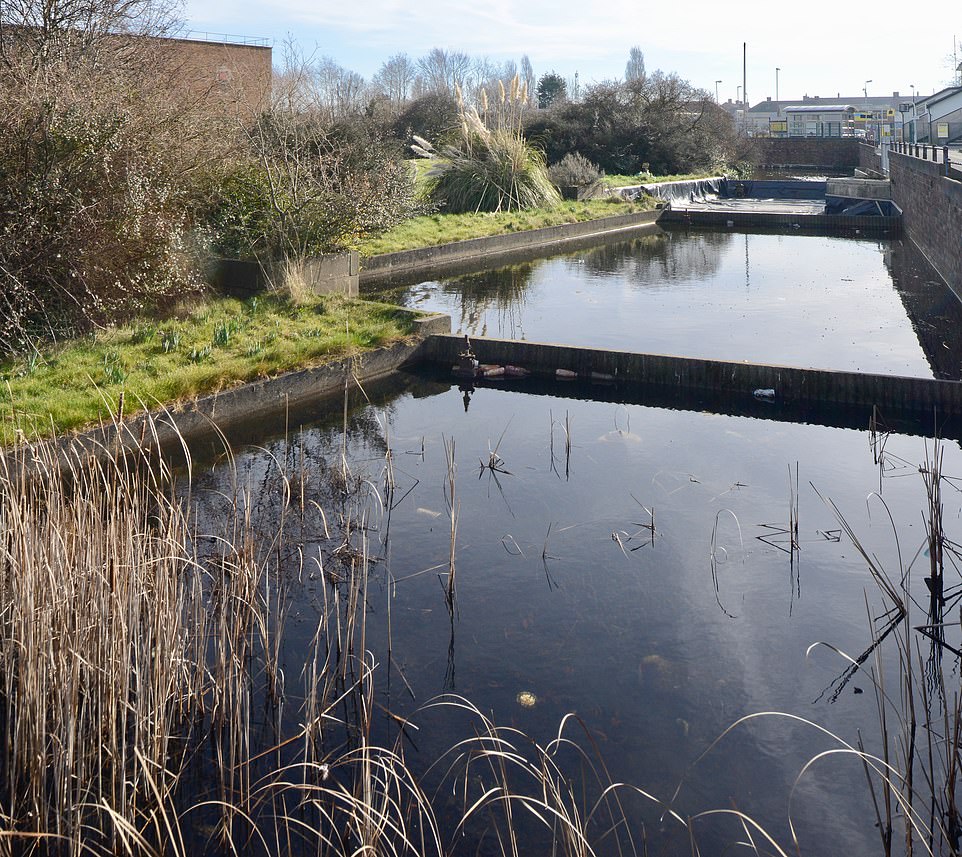 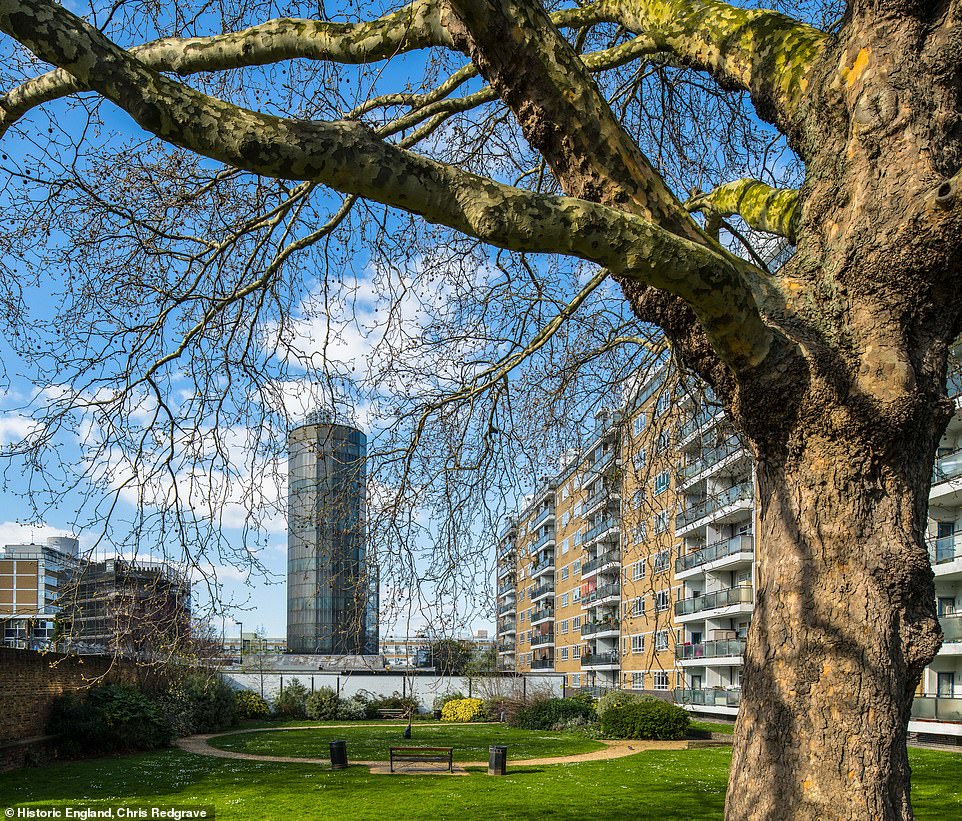 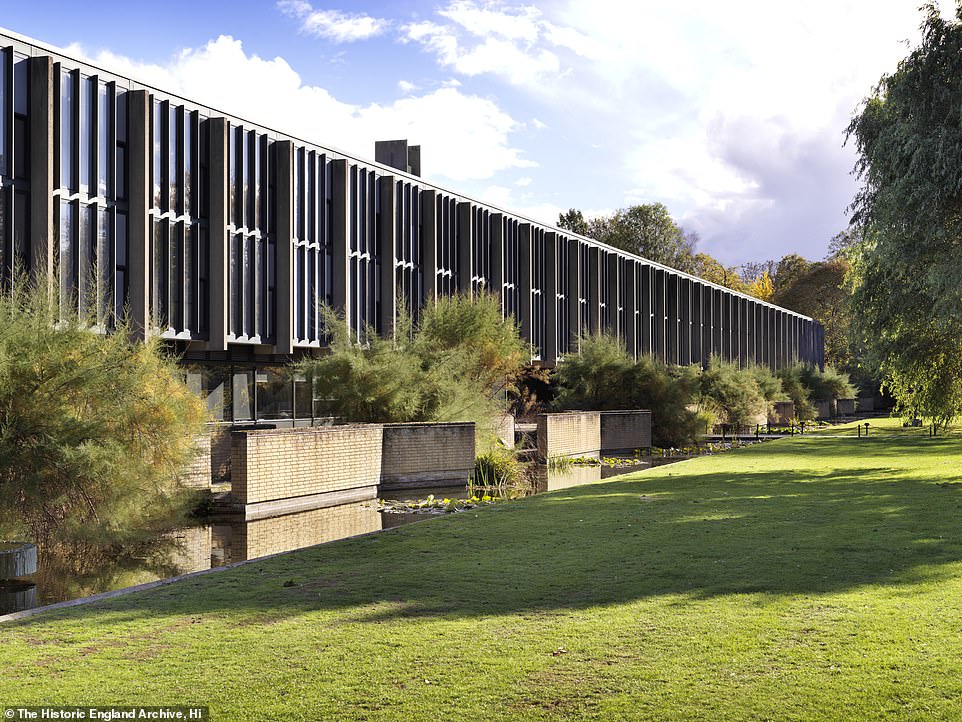 St Catherine’s College, Oxford is among the sites to be given a Grade-II listing 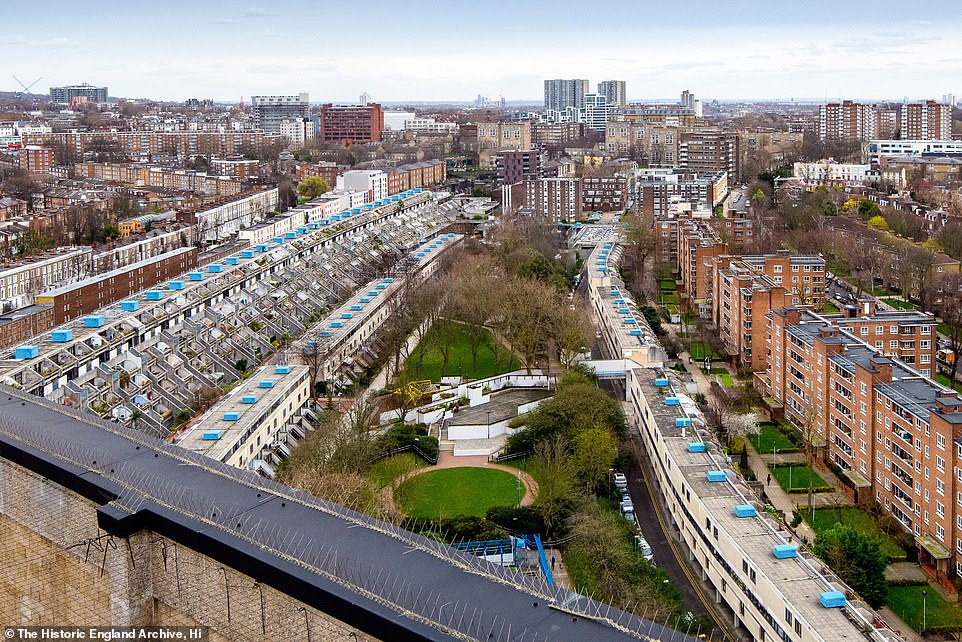 The sculpted formal landscape at the housing estate in Alexandra Road Park in Camden, north London, took shape from 1968

The work, designed to reflect the international regard for President Kennedy, features water meadows associated with the signing of the Magna Carta and the development of democratic government.

The “striking” landscape around the Cummins Engine Factory in Darlington, County Durham, is another highlight, according to HE.

Harlow Town Park, Essex has been added to the  Grade-II list 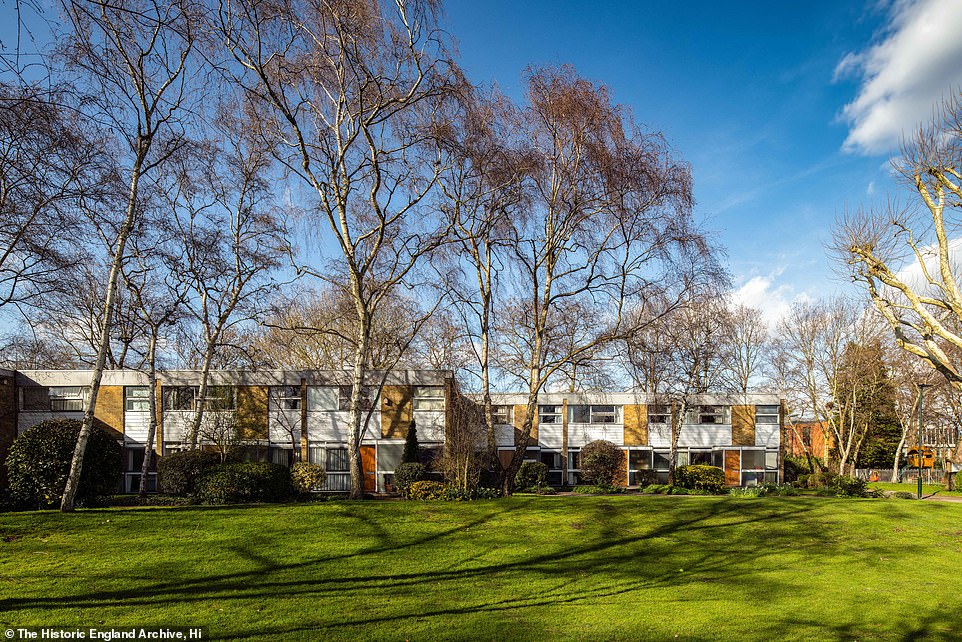 Fieldend in Richmond, London got added to the special status list 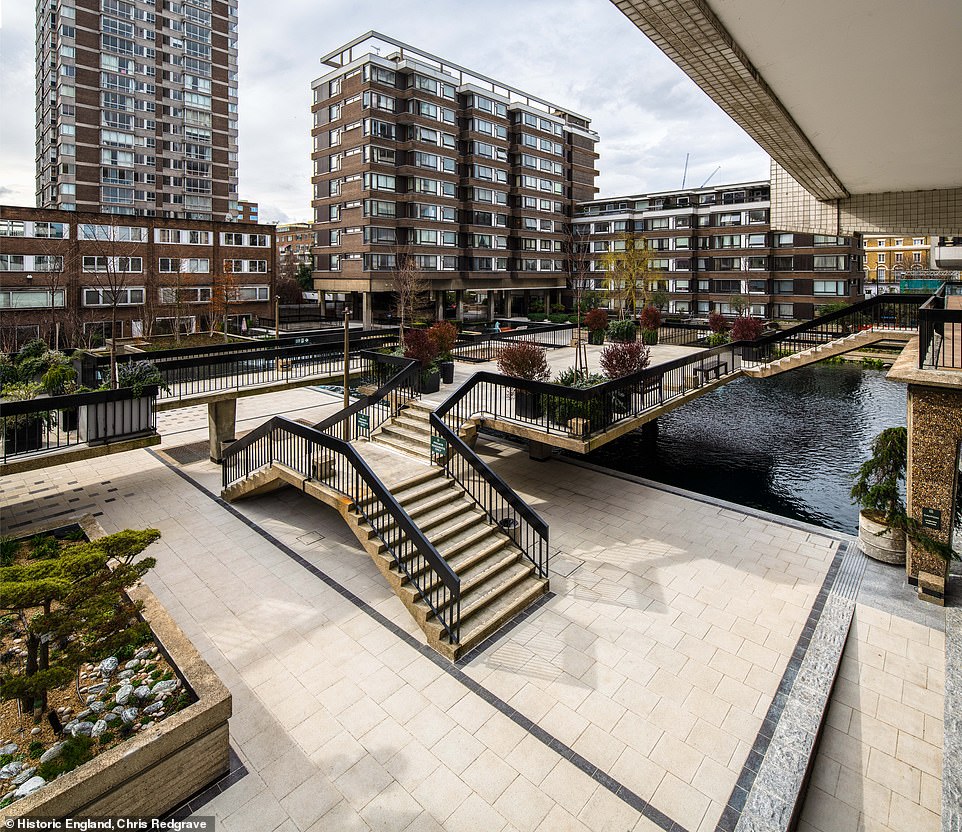 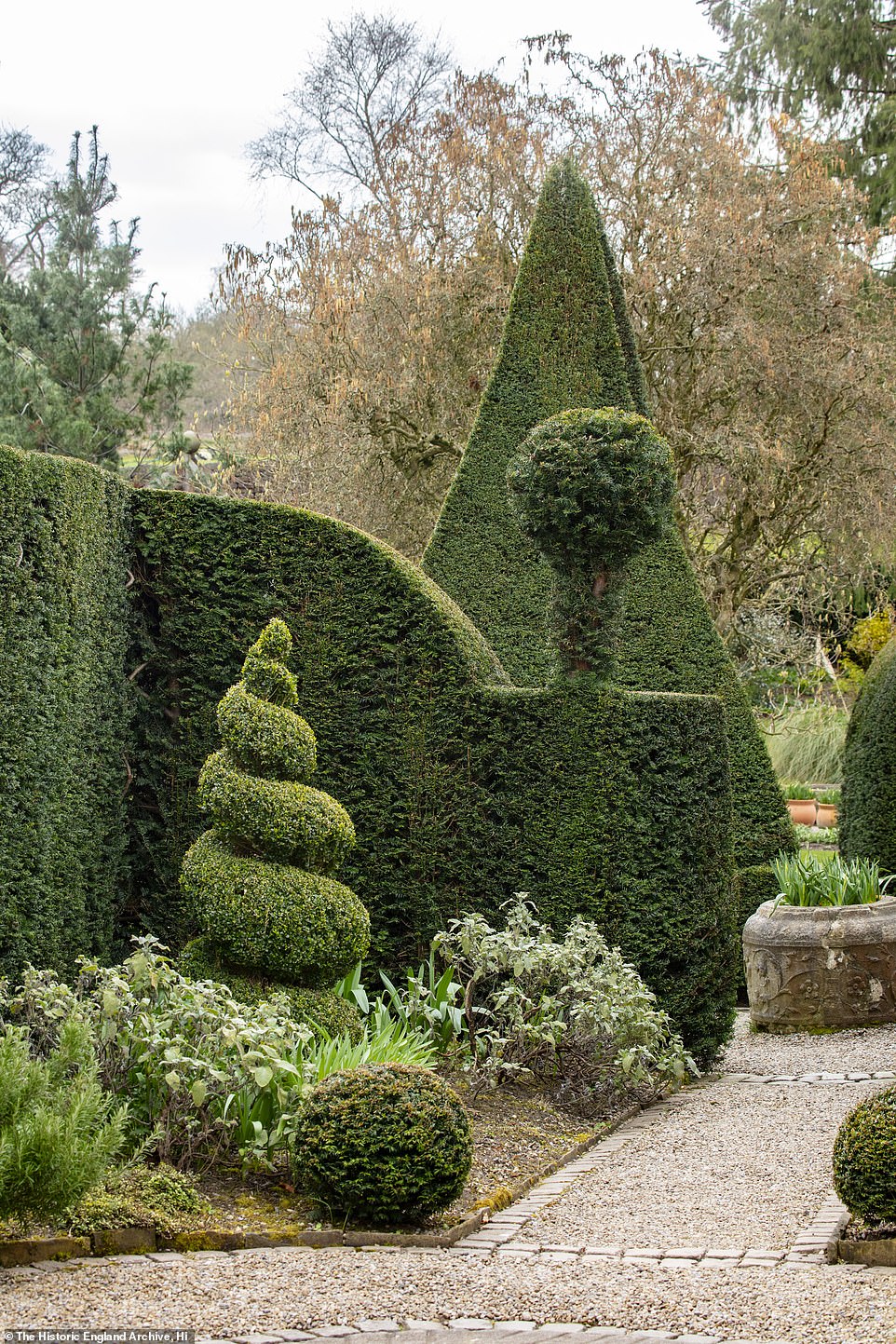 Memorials, the grounds of housing estates, institutions and private houses, as well as commercial and industrial sites, are also among the places which have been listed.

The Awakening Sculpture at Roper’s Gardens in Chelsea, London, and the Jellicoe watercourse at the former Cadbury Factory on the Wirral are among some eye-catching structures which have been set in the landscapes that now have a Grade II listing.

HE chief executive Duncan Wilson described each of the landscapes given protection as “special”.

Beth Chatto Gardens in Colchester, Essex, was “the birthplace of a revolutionary planting style that continues to influence gardening today”

Mr Wilson pointed to Broadwater Park, Buckinghamshire, “which gave out-of-town office staff a pleasant place to stroll at lunchtime,” Sir Geoffrey Jellicoe’s watercourse at the Cadbury factory, which “delighted” passing workers with its cascades and weirs, and praised designer Beth Chatto’s site in Colchester, Essex, as “the birthplace of a revolutionary planting style that continues to influence gardening today”.

He added: “These past few months have taught us that our green open spaces improve the quality of the environment around us, are good for our wellbeing and give us breathing space.”

Dominic Cole, president of The Gardens Trust, said: “Twentieth-century heritage landscapes have often been overlooked and undervalued, so we hope that these additions to the register will throw a spotlight on the importance and quality of post-war designed landscapes.” 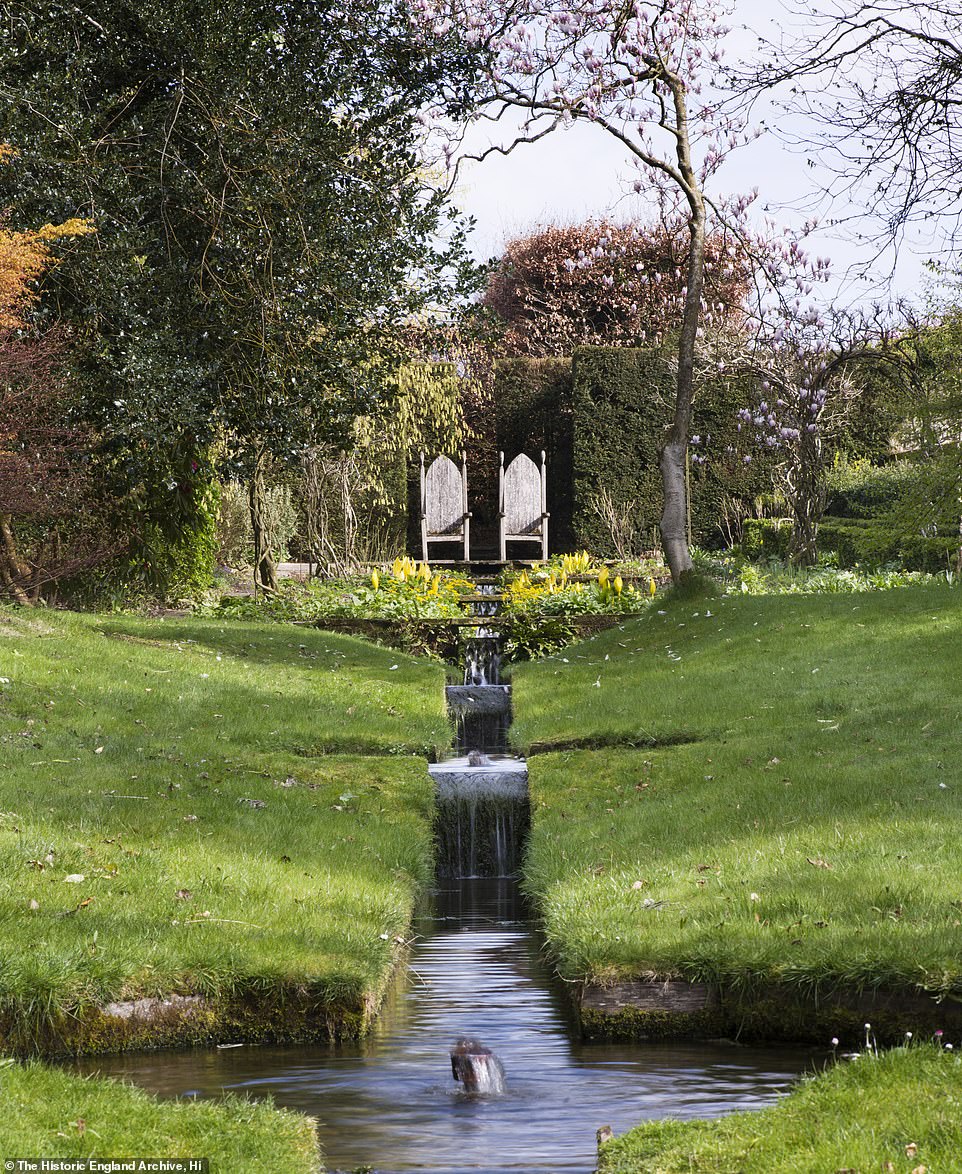 A narrow waterway adorns the grounds of Shute House in Shaftesbury, Dorset 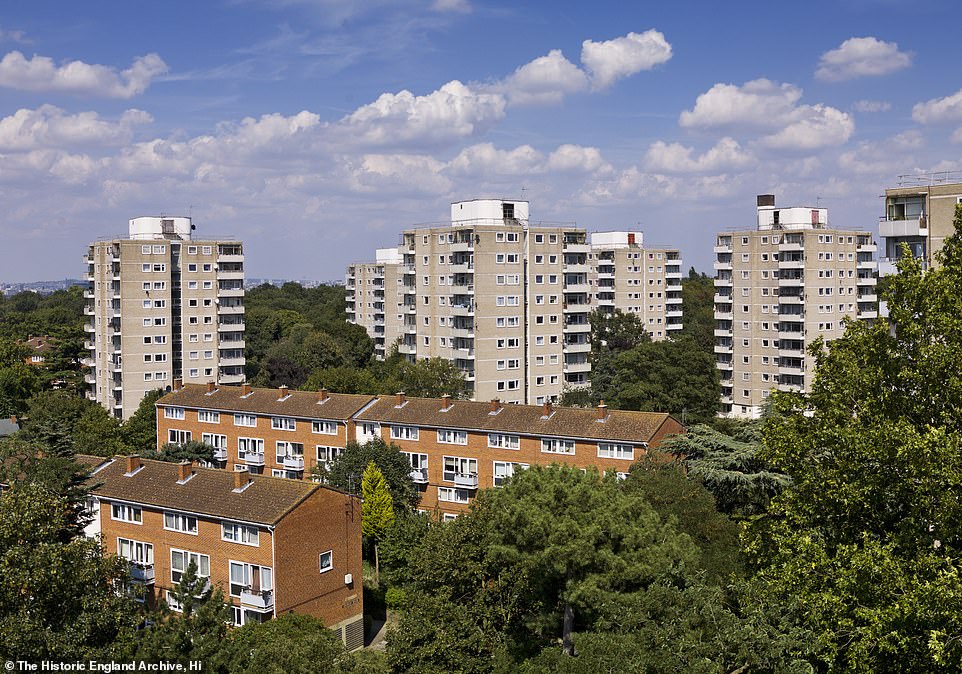 This estate in Alton East, Roehampton was one of the more unusual locations for be given Grade-II status 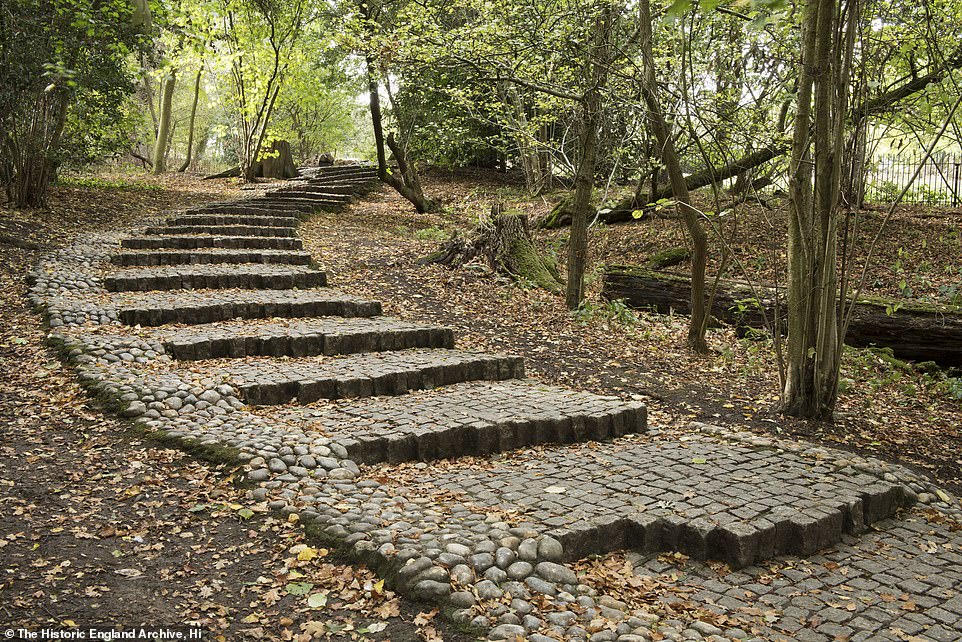 The Kennedy memorial landscape in, Runnymede, Surrey, was designed in 1964-65 by Sir Geoffrey Jellicoe 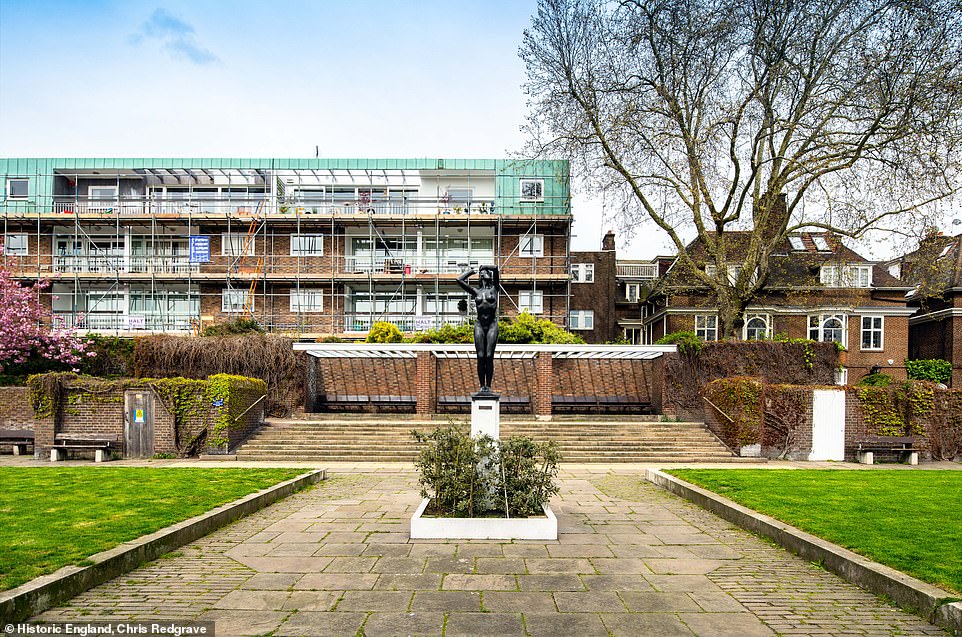 The Awakening Sculpture at Roper’s Gardens in Chelsea, London

Among the places which were upgraded or listed are: 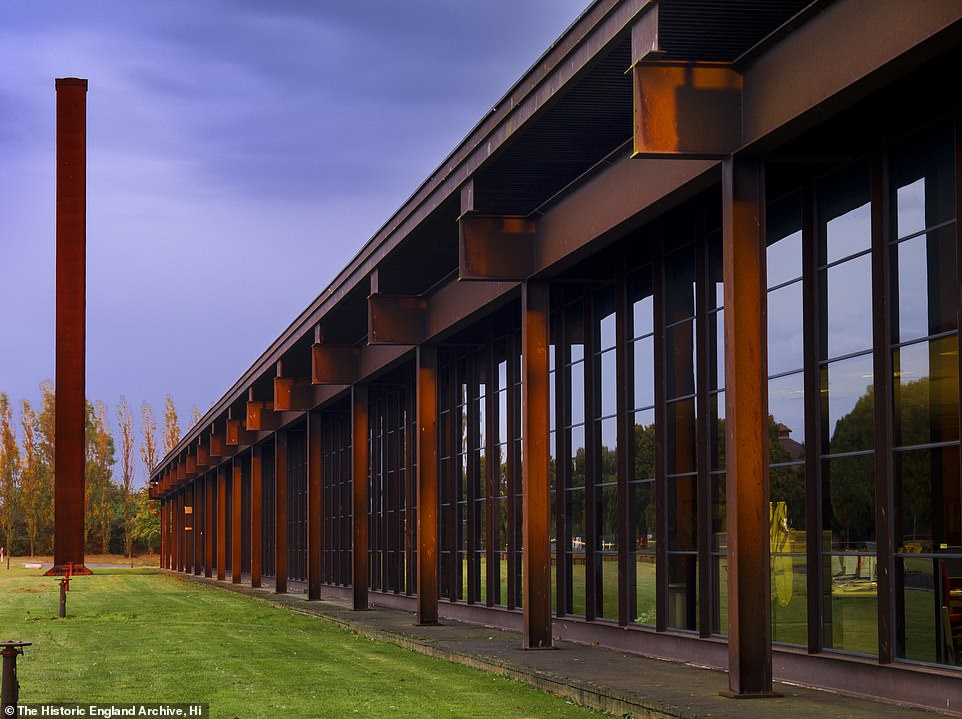 The “striking” landscape around the Cummins Engine Factory in Darlington, County Durham 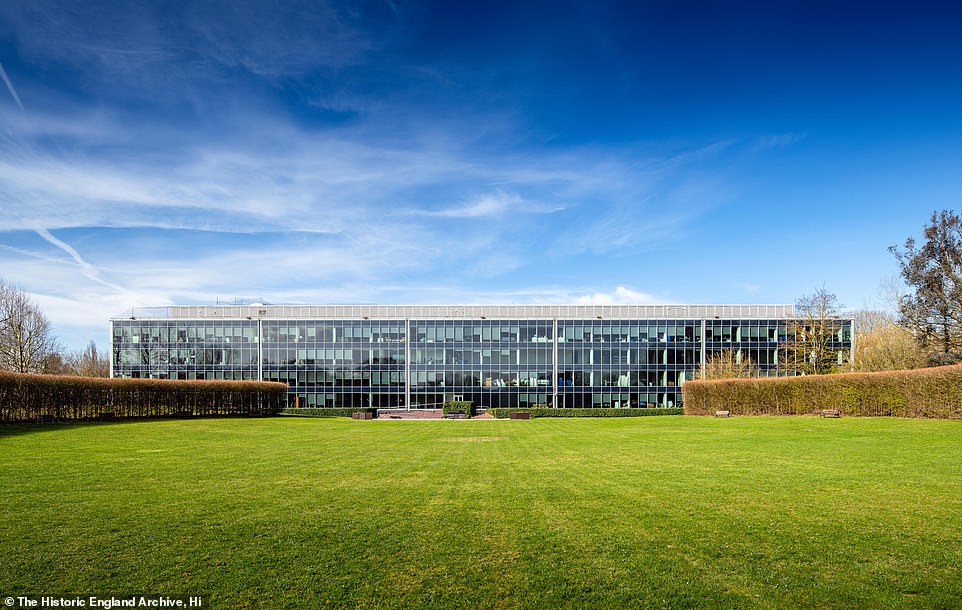