Eduardo Vargas and Alexis Sanchez fired Chile through to the Copa America Centenario quarter-finals in a thrilling clash with Panama, despite Claudio Bravo’s best efforts.

The Barcelona goalkeeper and Chile captain made two horrendous errors for Miguel Camargo and Abdiel Arroyo’s goals, but was helped out by his team’s forwards, who finally showed up in this tournament.

Sanchez and Vargas are the first Chile strikers to score at this Copa, netting two each at the Lincoln Financial Field in Philadelphia, with the only previous scorers Jose Fuenzalida and Arturo Vidal. 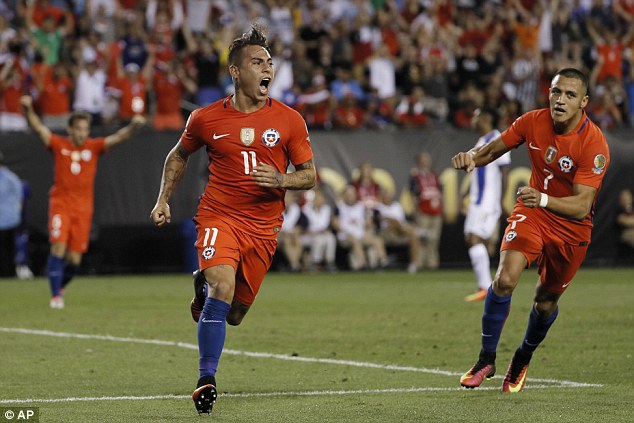 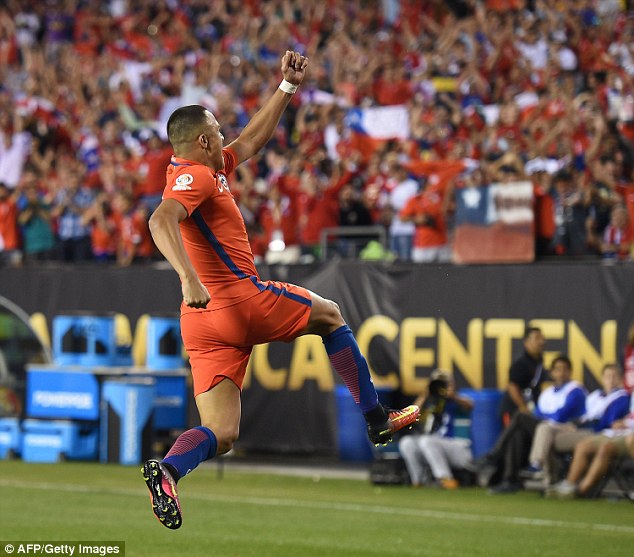 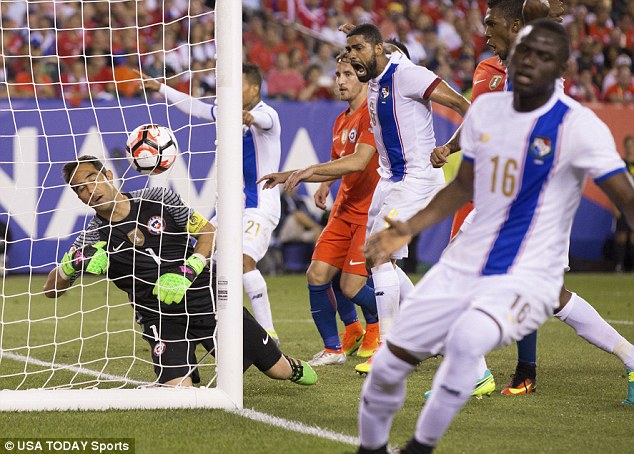 Chile goalkeeper Claudio Bravo was at fault for both conceded goals, including this one by Abdiel Arroyo (16)

Chile displayed fragility at the back but their typical swashbuckling vim going forward and it was too much for Panama to handle.

The minnows were missing four of their best players, with Blas Perez, Armando Cooper, Anibal Godoy and Felipe Baloy all suspended.

It didn’t stop them from starting in spectacular fashion, with Miguel Camargo lashing them ahead after just five minutes.

After Gonzalo Jara gave the ball away the midfielder smashed a low strike towards Bravo’s near post, from over 25 yards out.

The Barcelona goalkeeper and Chile captain should have kept it out but only managed to push it into his own net.

Chile responded well though, and 10 minutes later they were level. Sanchez wriggled away from his marker and fired towards the far corner, but Jaime Penedo made a good save from his effort, with the ball spilling to Vargas.

The Hoffenheim striker was sharp and fired home from close range, before adding another just before the interval.

Chile had been frustrated by Penedo, who made some fine saves from Vidal and Sanchez, before eventually Vargas managed to beat him again. 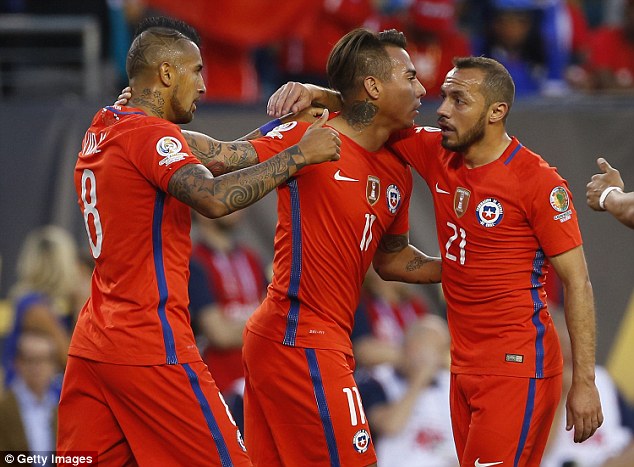 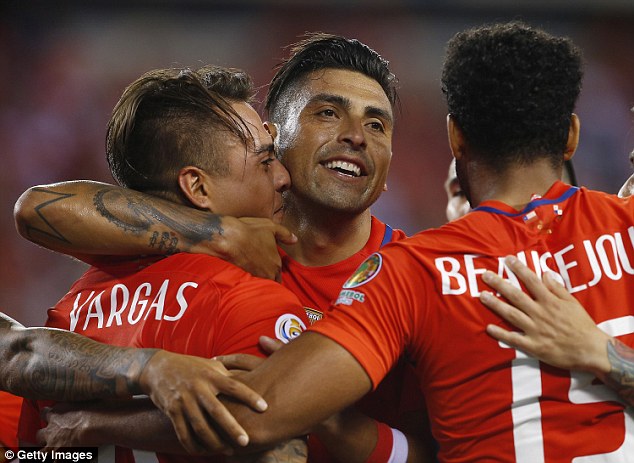 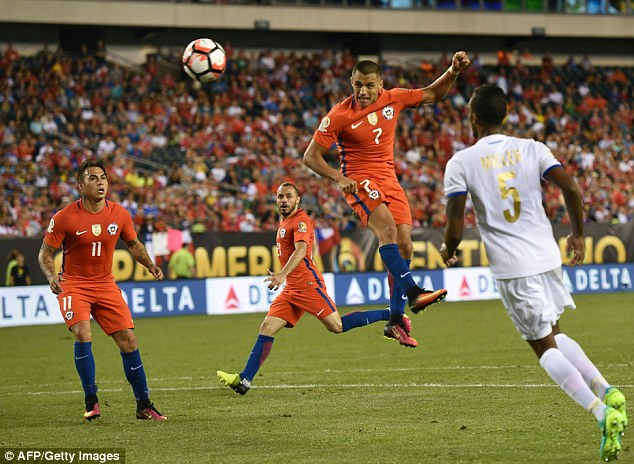 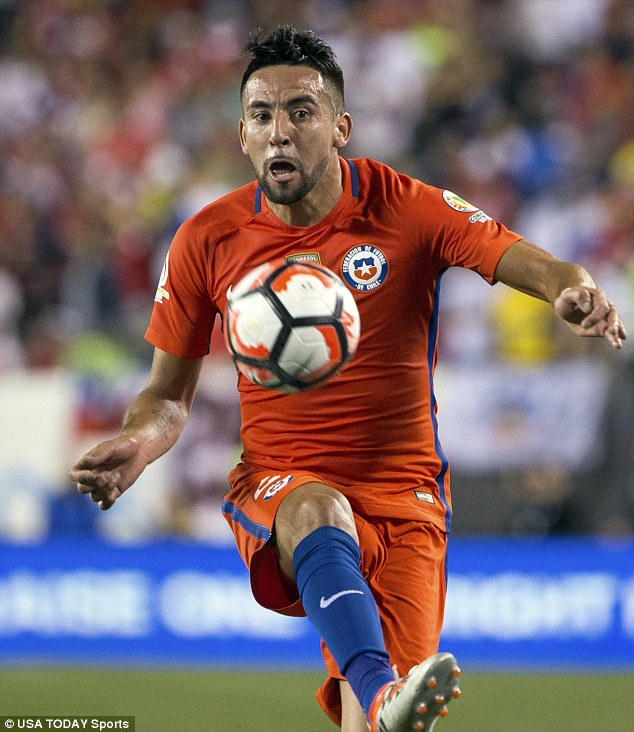 This time Jean Beausejour carved out a perfect cross from the left and Vargas headed home to send Chile ahead.

Panama came out flying in the second half and Arroyo smashed a strike just wide of Bravo’s far post as they looked for an equaliser.

But it was Chile who got the next goal, with Vargas turning provider, flighting a ball across the box for Sanchez to volley home spectacularly, rocketing his strike past the helpless Penedo. 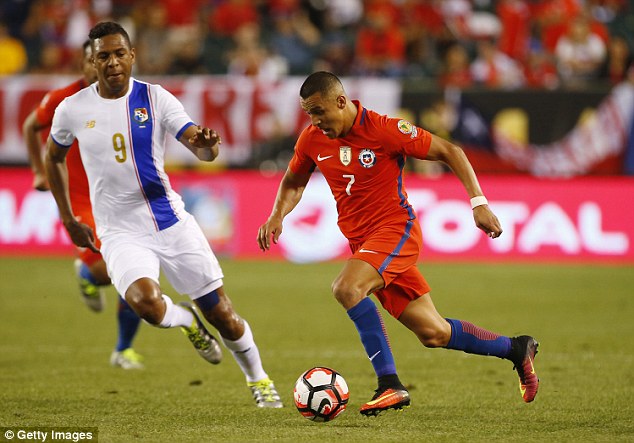 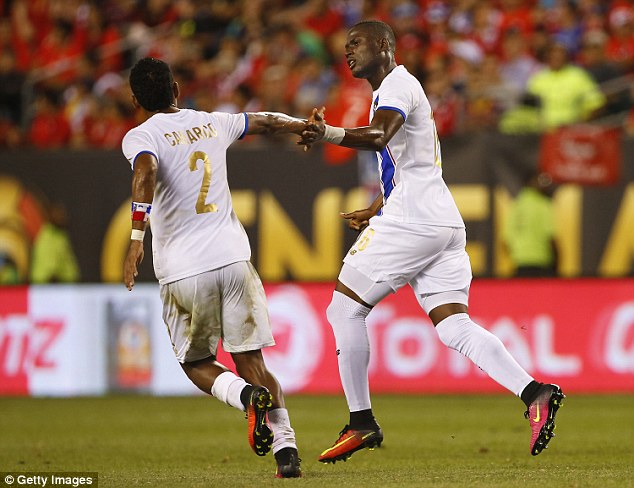 Panama did their best to keep in touch with Chile, scoring here through Abdeil Arrayo 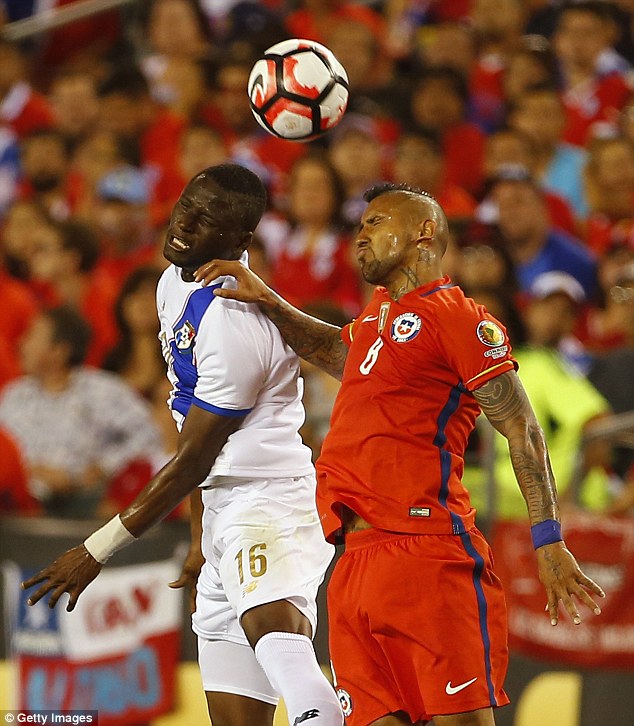 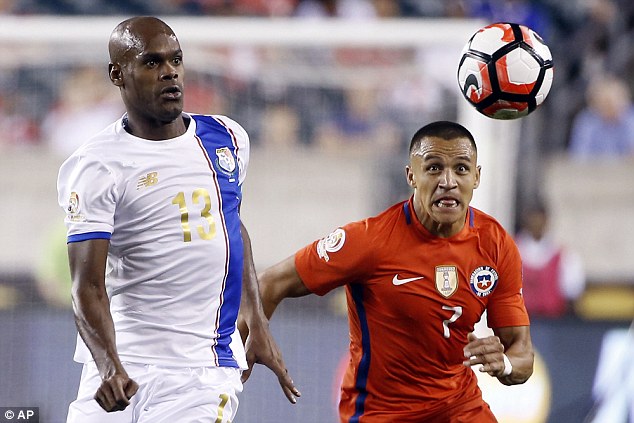 Panama pressed, determined to go down swinging at least, and they did just that. Gabriel Torres zipped past a man then fired a cross-shot wide, before seeing Bravo block his close-range strike.

The goalkeeper then made another atrocious error when Arroyo’s angled header into the ground, from a flicked-on free-kick, bounced up and surprised him, with Bravo batting the ball behind him, then into his net as he tried to claw it out.

That turned the heat up on Chile, but Sanchez cooled the situation by heading home late on from Jose Fuenzalida’s cross, to send his team through to a mouth-watering quarter-final clash with Mexico.