Hours after their penalty shoot-out victory over Argentina and the party was still going strong in Santiago, as the players paraded the trophy on an open-top bus and visited the palace at La Moneda to receive the congratulations of president Michelle Bachelet.

Thousands of delighted fans thronged the streets and squares of the Chilean capital to celebrate a famous victory on home soil, with the singing, dancing and drinking continuing late into the night. 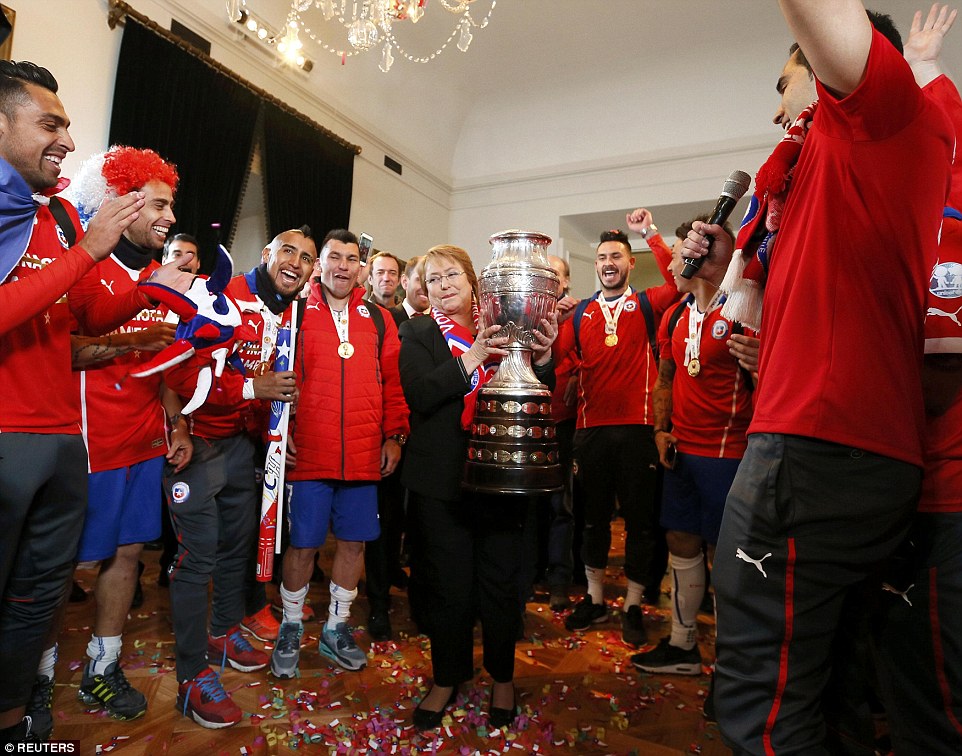 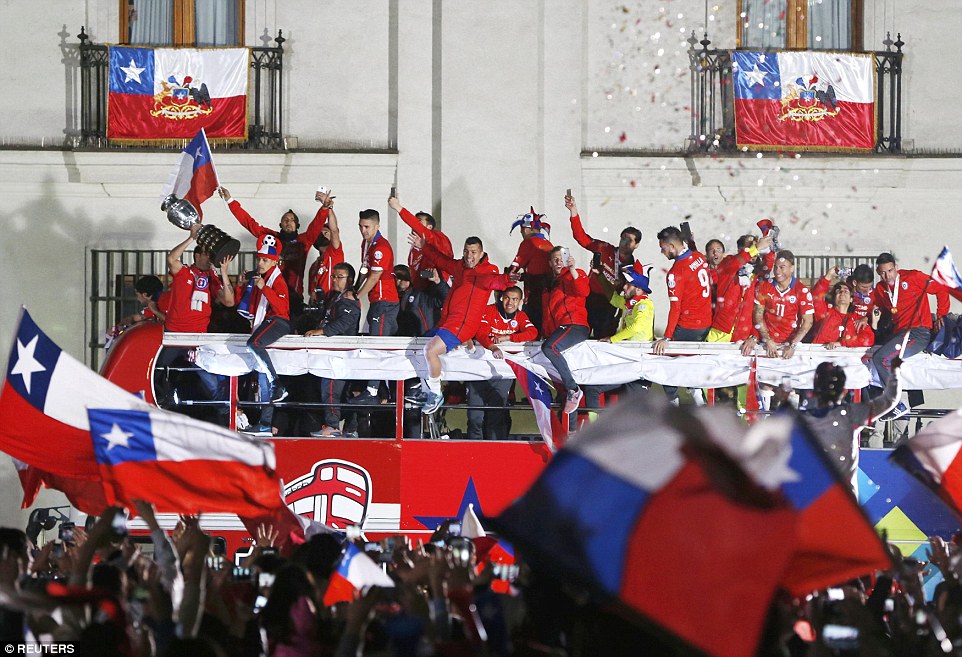 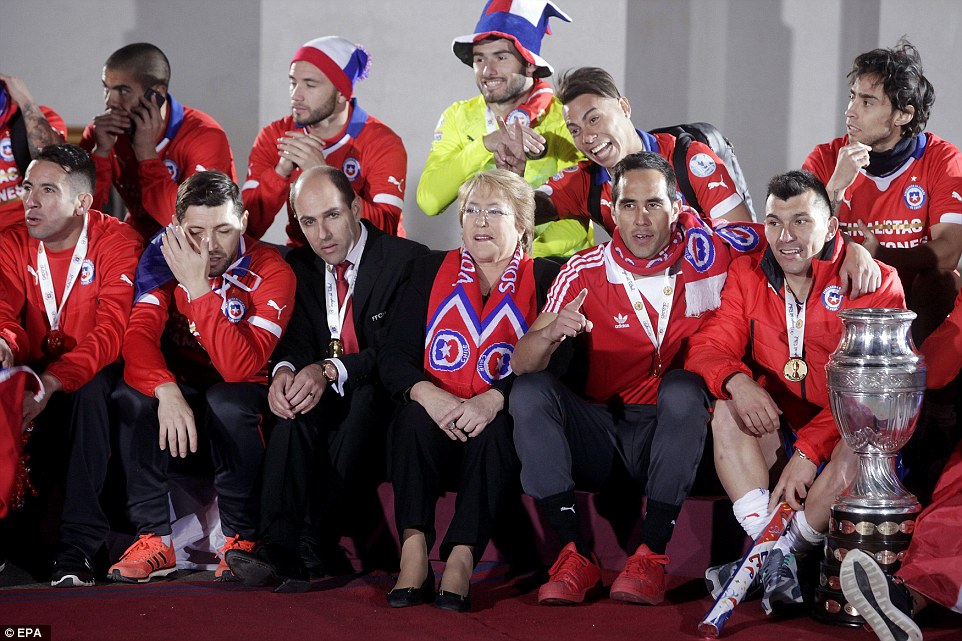 The Chile players, some still in their playing kit, headed for their official reception at the palace in the hours after the match 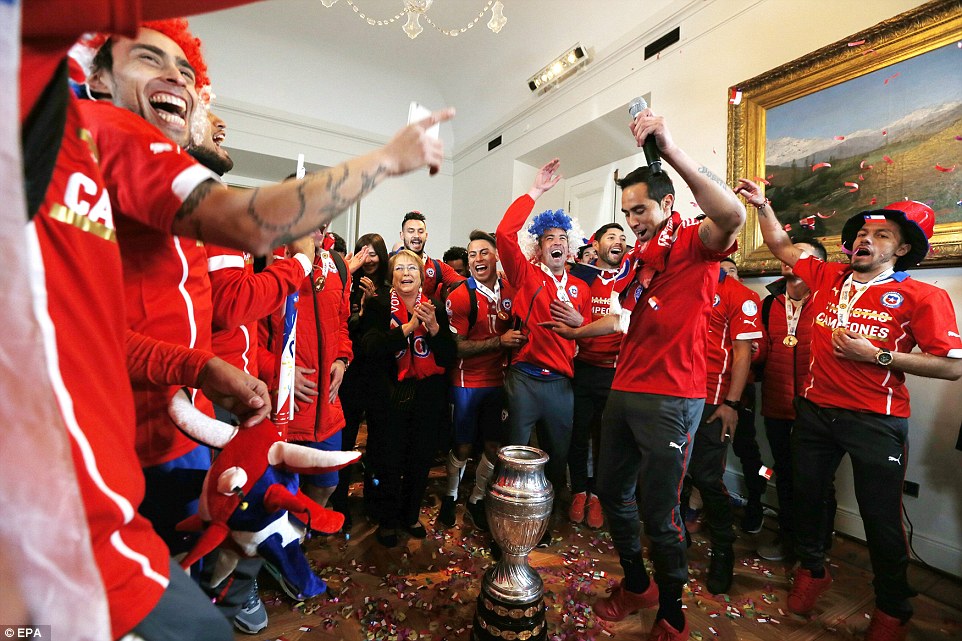 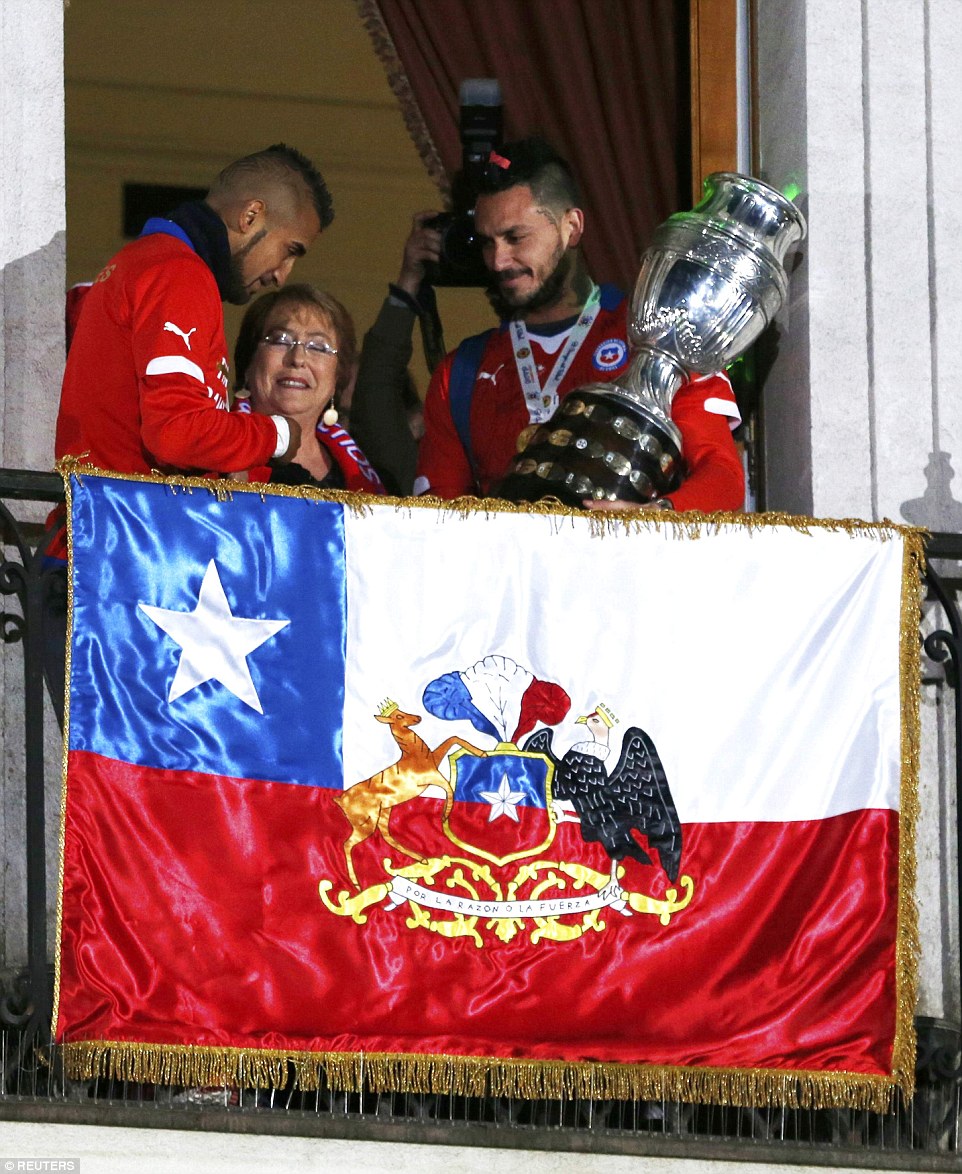 Arturo Vidal and Marcelo Diaz, accompanied by president Michelle Bachelet, show the trophy off to the crowds gathered outside 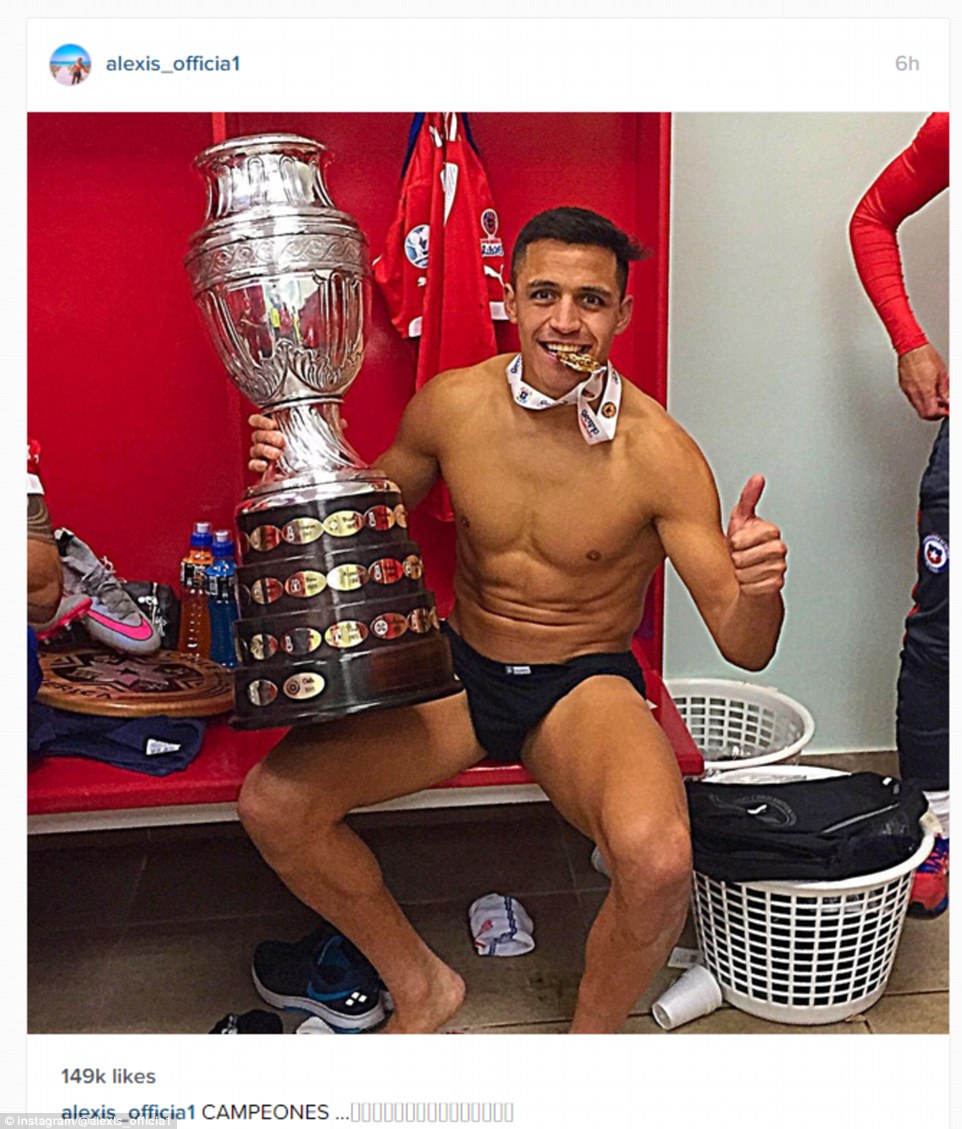 Many fans followed the open-top bus through the streets from the Estadio Nacional as the players proudly showed off the handsome trophy and their medals.

Waving the national flag and still in their kit in some cases, they posed for photographs with the president as tournament favourites Argentina were overcome.

While Chile scored all four of their penalties in the shoot-out that followed a 0-0 draw, Gonzalo Higuain fired over and Ever Banega was denied by goalkeeper Claudio Bravo. 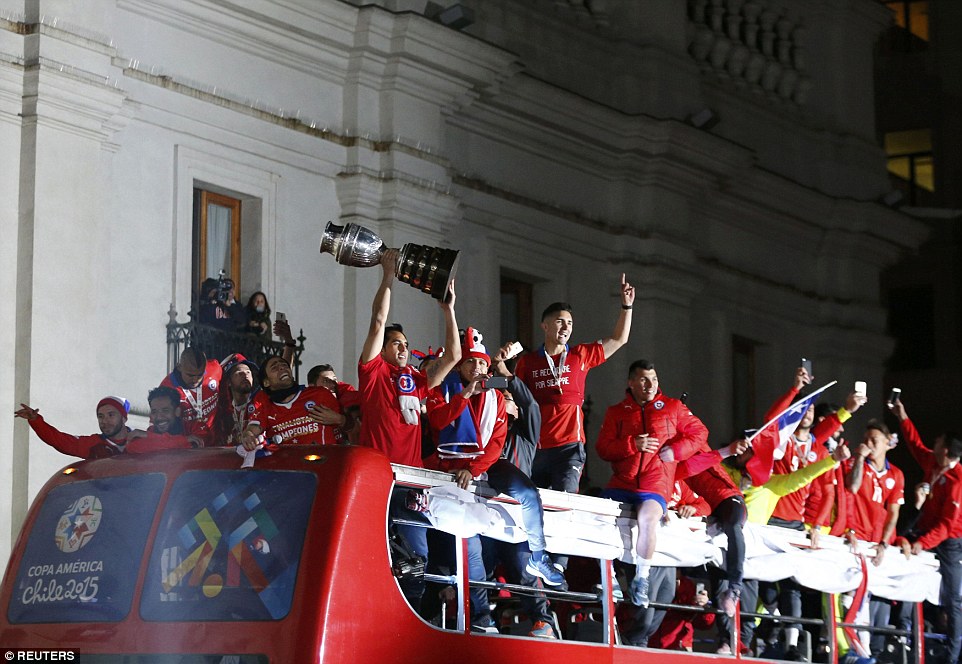 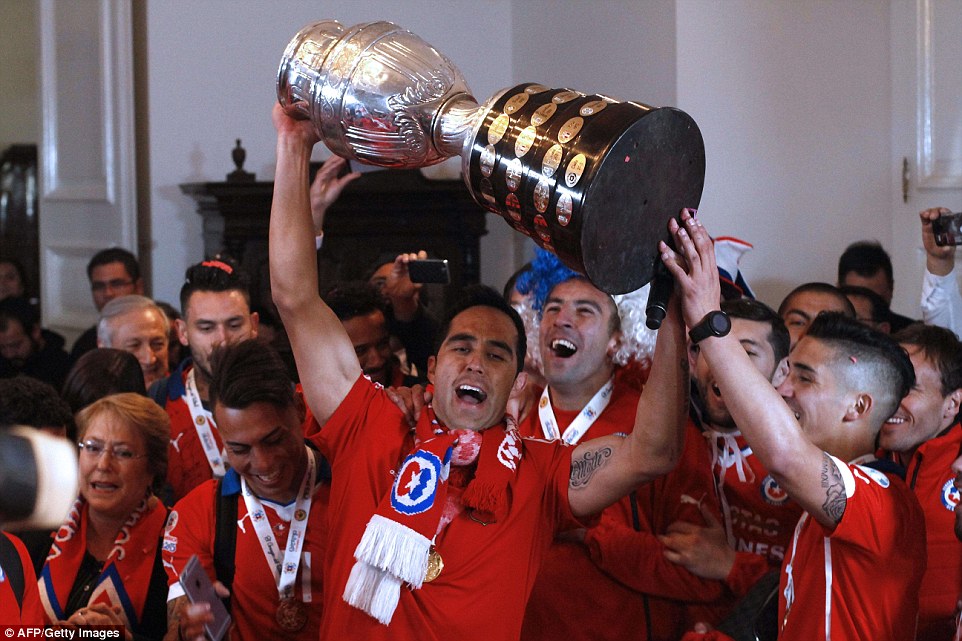 Once inside, the players took it in turns to hoist the handsome silver trophy as the president and government staff watched on 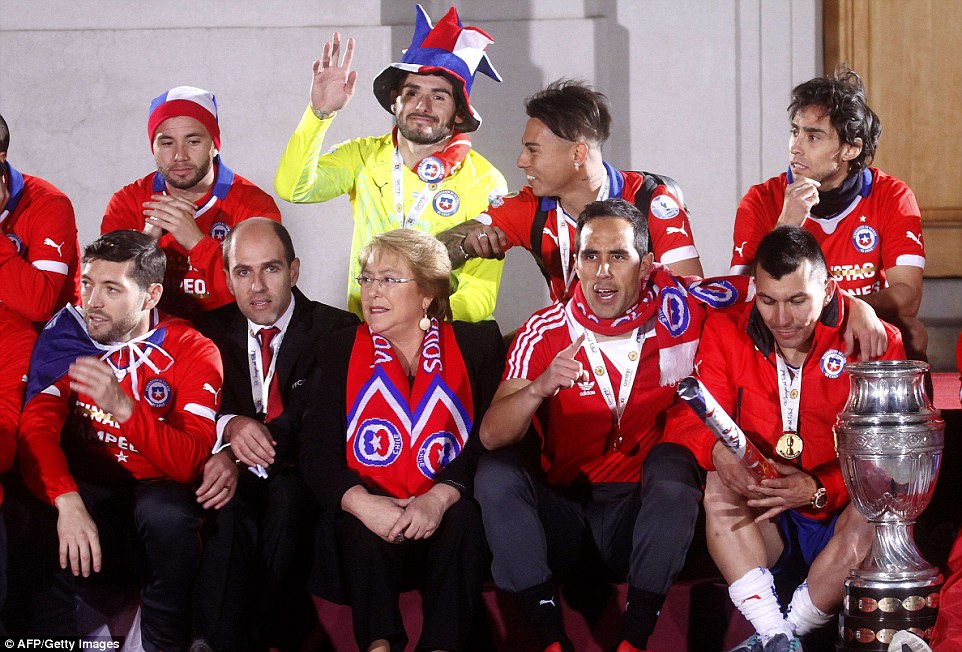 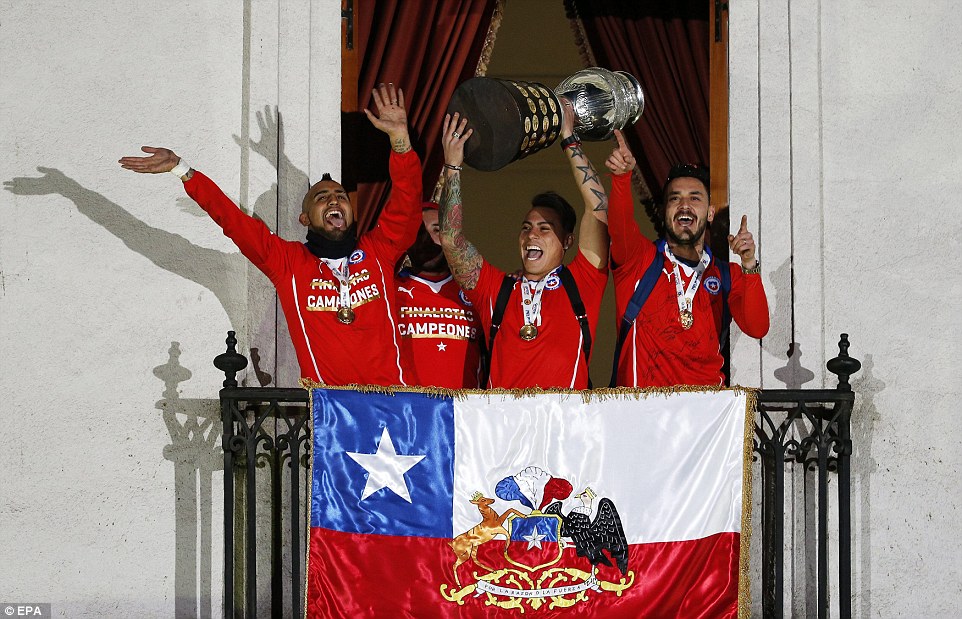 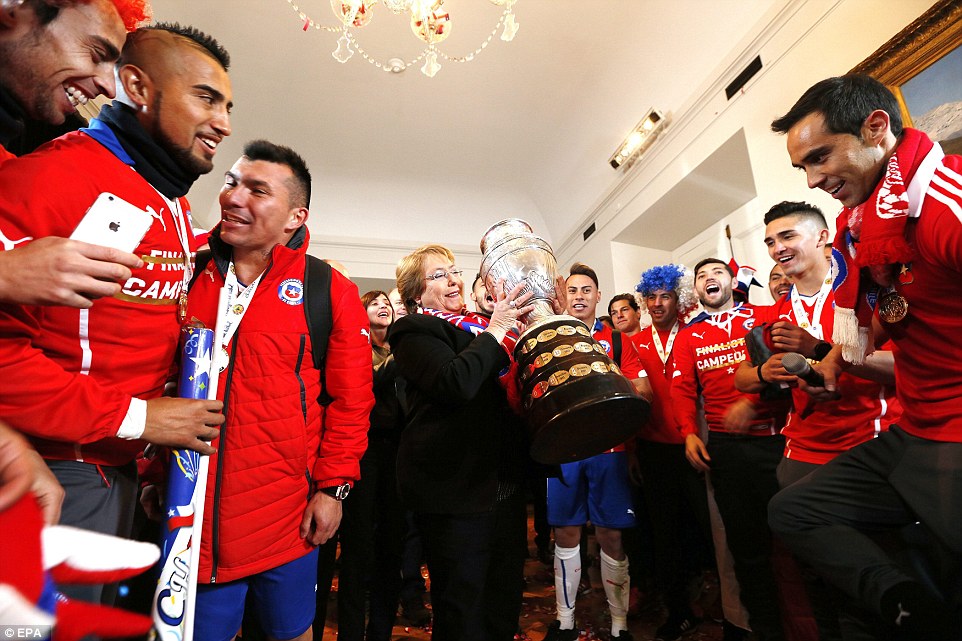 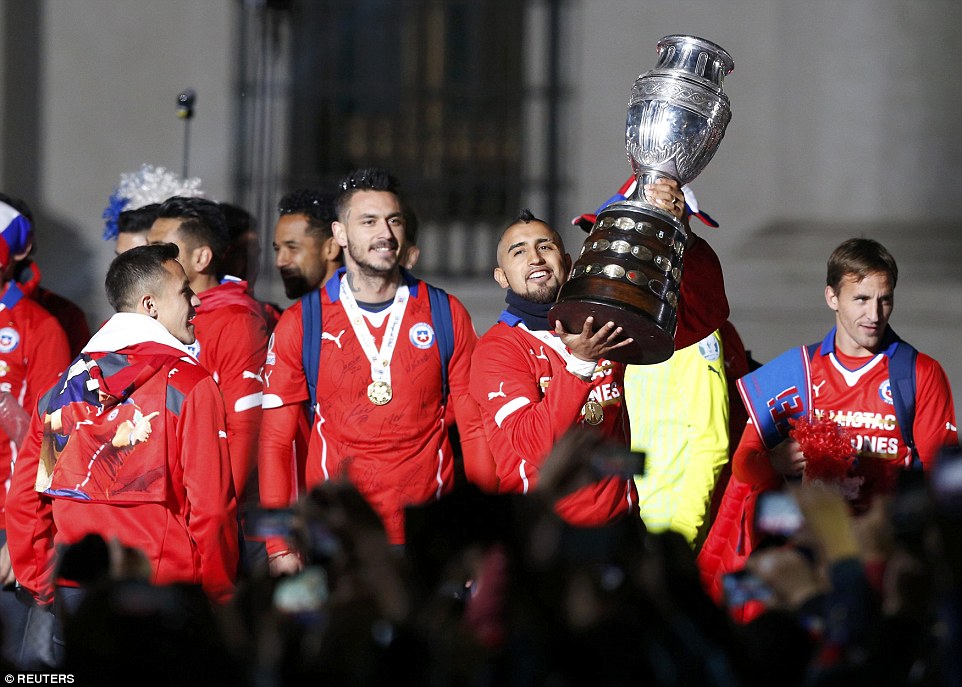 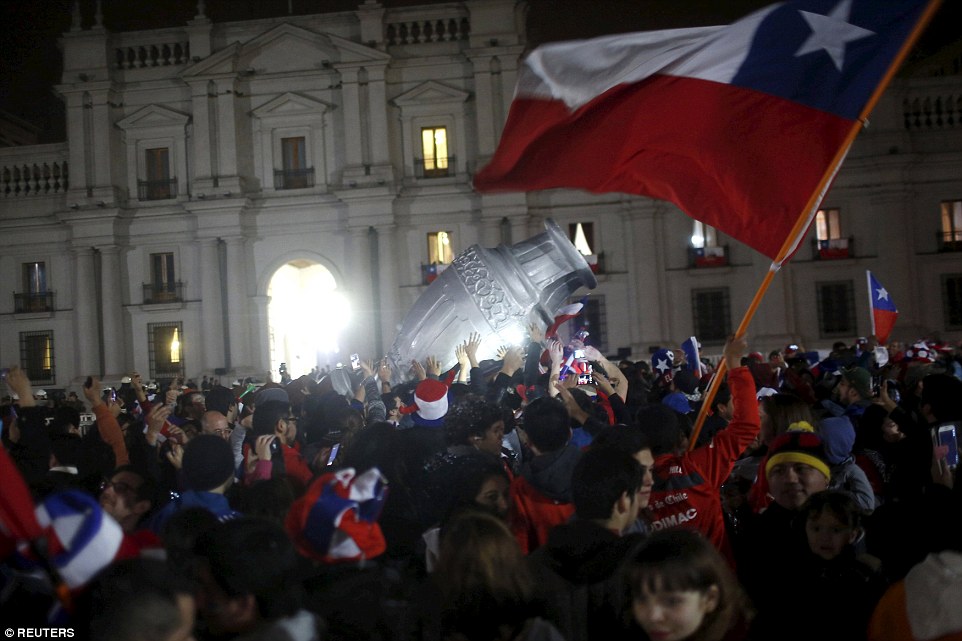 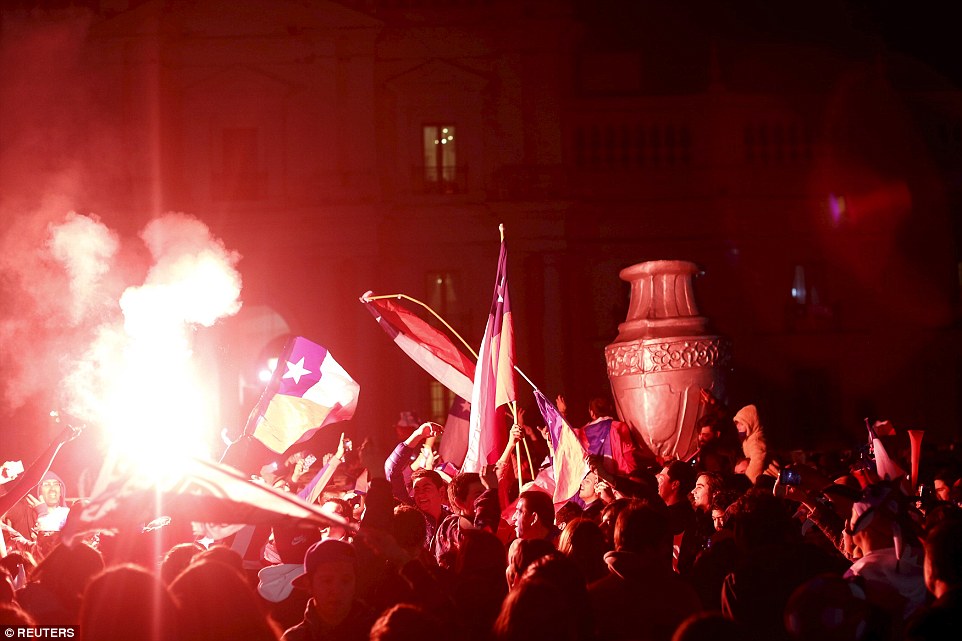 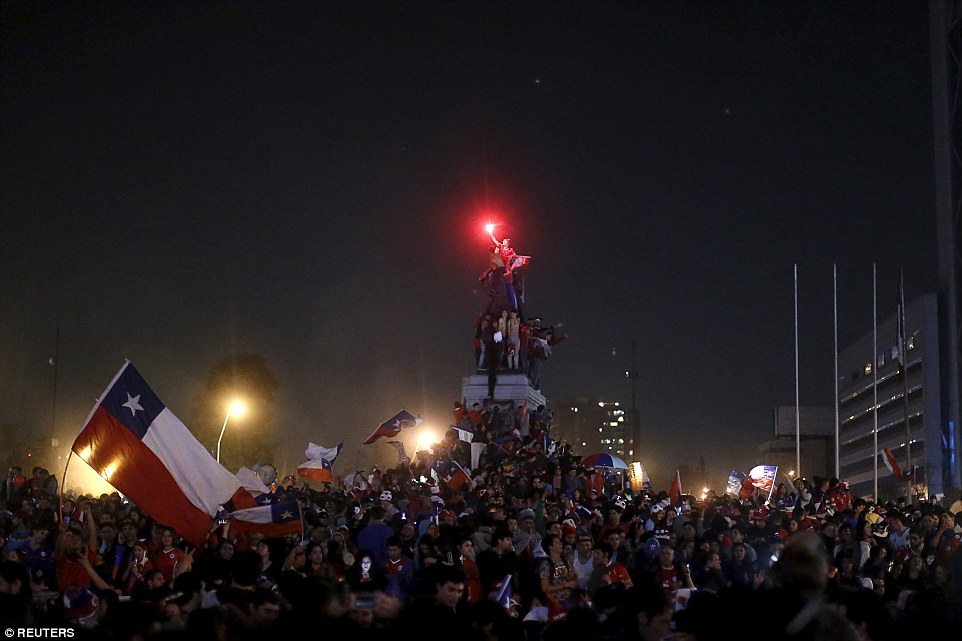 The streets were packed with thousands of joyous fans, with every vantage point taken as the players passed by 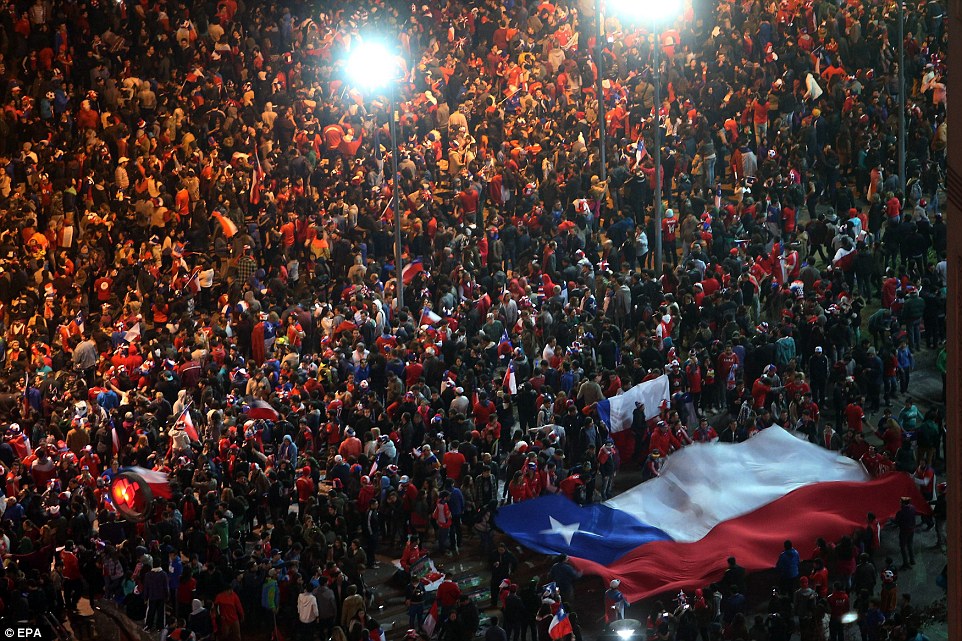 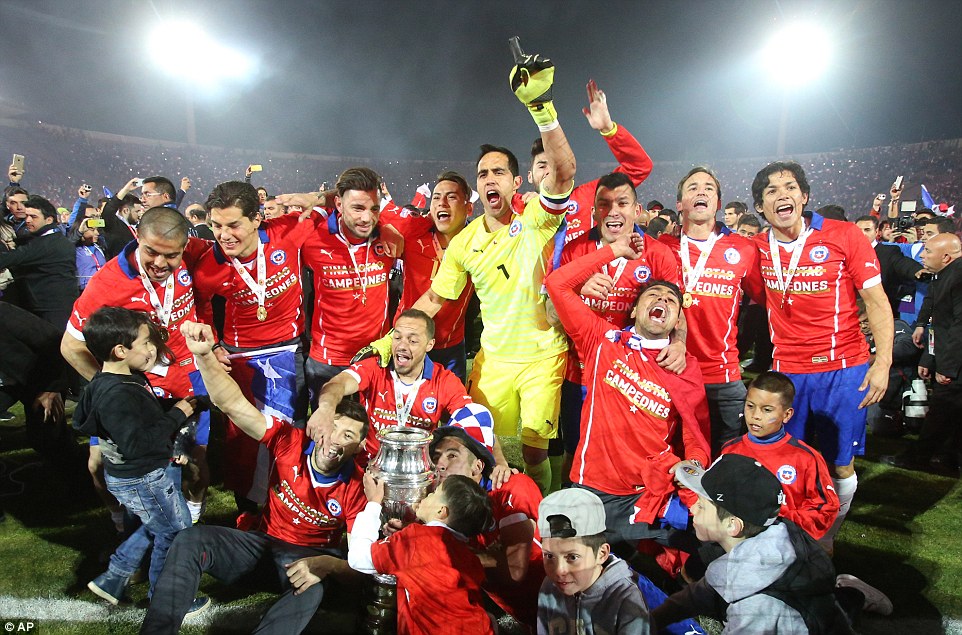 Higuain had squandered Argentina’s best chance from close range in normal time and their 22-year wait for a piece of silverware – dating back to the 1993 Copa America in Ecuador – goes on.

Chile have competed in the tournament since its inception 1916 and had been runners-up on four occasions before finally breaking their duck.

Midfielder and Arsenal target Arturo Vidal said: ‘This is a dream come true, this team deserves something like this.

‘We left our life on the field. Chilean people needed this joy and we managed to give it to them.

‘We’ll fight a lot in the next World Cup. This generation of players deserved this.’