Chile’s 2016 Copa America triumph could line up a match against the winners of this summer’s European Championship, according to CONMEBOL president Alejandro Dominguez.

Juan Antonio Pizzi’s men won the Copa America for the second consecutive year after beating Argentina on penalties in the final on Sunday.

Dominguez has since revealed that there has been a proposal submitted to UEFA for a game in the near future, Chile’s World Cup qualifiers permitting.

Dominguez wrote on Twitter:  ‘We have received a positive response from UEFA about a match between the Copa America and Euro champions.

‘We will study a viable date to set.’

The match, if it goes ahead, will serve as the latest installment of the Artemio Franchi Trophy, which is set to make its return in 2018.

The Artemio Franchi Trophy was an official competition held twice (1985 and 1993) between the champions of Europe and the Copa America winners.

The 2018 edition, edited slightly, will be held in Milan and will feature Copa champions Chile and runners-up Argentina against the Euro 2016 winners and losing finalist. 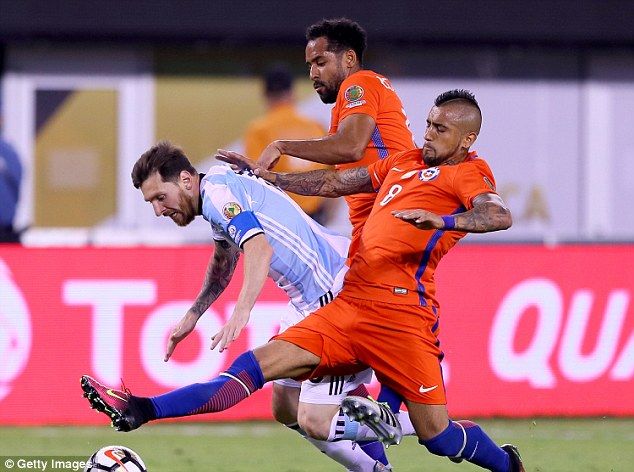