Head coach Jorge Sampaoli spent Sunday basking in a ‘priceless’ feeling of euphoria after guiding Chile to their first ever Copa America title.

And Sampaoli, who felt his players were noticeably better than Lionel Messi and company, expects the nationwide party to continue for weeks and months to come. 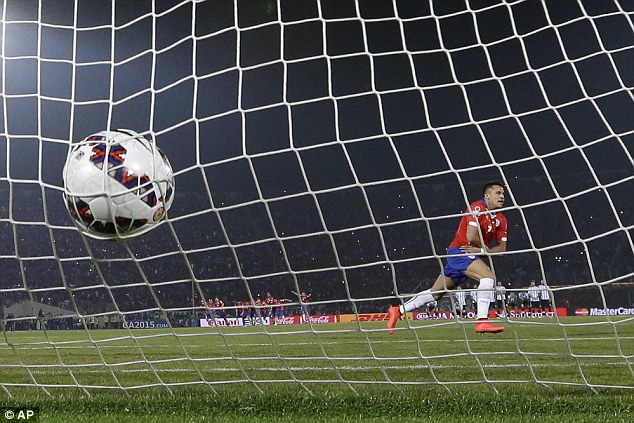 Quoted in Mundo Deportivo, he told his post-match press conference: ‘We’ve managed to win the Copa in Chile, and now everybody is euphoric.

‘That’s all I can think about. This is a priceless and unforgettable feeling and it will last for a long time.

‘I must thank all the players who allowed me to be a part of this achievement.’

Both teams had good chances to score in normal time with Argentina’s Angel Di Maria blasting over the crossbar and Chile midfielder Arturo Vidal smashing a volley into Sergio Romero’s gloves.

Goals or no goals, Sampaoli believes his men edged the encounter, adding: ‘Chile’s performance was better than Argentina’s when it came to the quality of our attacking moves. 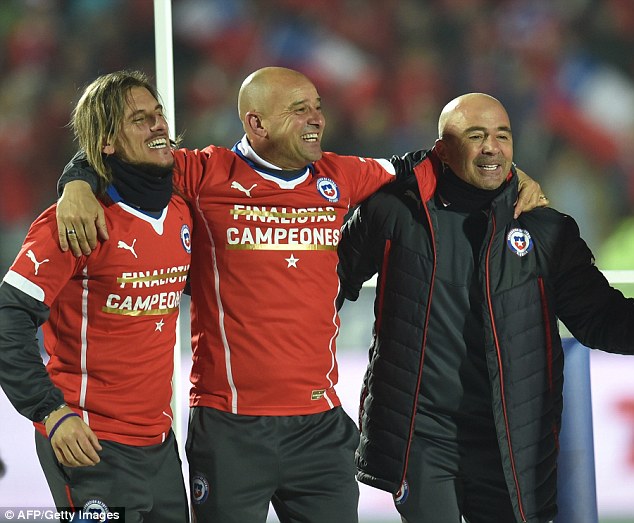 ‘We played with a lot of authority against a team that contains great players.’

Referring specifically to Barcelona’s star striker Messi, Sampaoli added: ‘The plan was to neutralise the most important Argentina player, who is the best player in the world.

‘We wanted to make sure we took charge of things so that our opponents did not swarm all over the whole pitch. If we’d let that happen, Messi would have punished us for it.

‘So that’s why we decided to press high up the pitch and make the most of any open spaces.’

Despite enduring a frustrating evening at the Estadio Nacional, Messi would score the first penalty of the shoot-out, but Gonzalo Higuain blazed over before Ever Banega saw his weak effort saved. 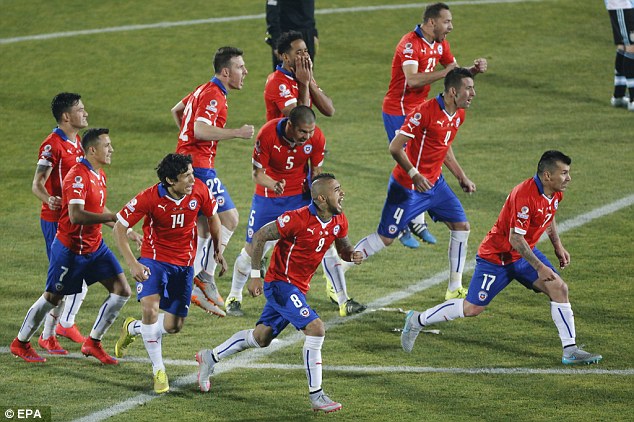 Matias Fernandez, Vidal and Charles Aranguiz found the target for Chile in the penalty shoot-out

Irrespective of the result, Albiceleste boss Gerardo Martino feels the signs are positive ahead of World Cup qualifying, which begins in October.

‘I feel very sad, we deserved a little more than that, but we lost,’ he told reporters.

‘This defeat does not have any implications for the future. I will press on with these 23 players, and use some that were not here, too.

‘Neither of the teams shone, there was no fluency in the game and we just failed to convert any of the three big chances we had.

‘I will keep trying to do the same things with this same group of players, who I imagine will still be crying in the changing room.’