Chilling moment killer who stabbed his wife 40 times is arrested

This is the chilling moment a man was arrested for murdering his partner as he calmly tells police: ‘I’m supposed to be going out to get some baccy.’

Owen Pellow, 43, was still on the phone to a 999 call handler when police arrived at the door of the North Somerset home he shared with girlfriend Lisa-Marie Thornton, 36.

When told to ‘step out’ of the house in Burnham-on-Sea, Pellow told them: ‘I don’t want to.’

Pellow had called police telling them his partner had ‘suicided’ – when in fact he had stabbed her 39 times.

This is the chilling moment a man was arrested for murdering his partner as he calmly tells police: ‘I’m supposed to be going out to get some baccy’ 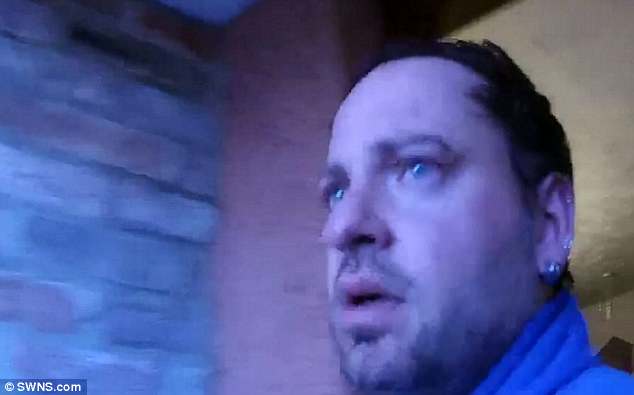 Standing at the door of the house they shared, Pellow told officers: ‘She’s done herself in… she’s striking herself, three, five, nine….’

The bizarre exchange took place at 7am on November 23, 2017, after Pellow had downed a bottle of whiskey and six bottles of cider.

An officer then said: ‘At the moment I don’t know what’s happened, so I’m arresting you on suspicion of murder.’

Pellow replied ‘Oh, please… I’m supposed to be going to get some baccy, before you guys were coming.’

He then speaks into the phone, telling the call handler: ‘Apparently he’s now, like, messing me about.’

Pellow denied murder during a trial at Bristol Crown Court, insisting that Lisa-Marie killed herself. But a jury saw through his lies and convicted him.

Pellow was sentenced to life in prison but will serve a minimum term of 17 years, minus the 186 days he has already served in remand.

Throughout his trial Pellow maintained the mother-of-three inflicted the fatal wounds on herself, ‘right in front of my eyes’.

A jury at Bristol Crown Court heard that Pellow, of Burnham-on-Sea, Somerset, told a 999 operator that his ex-partner had ‘suicided’, and had ‘stabbed herself multiple times in the chest, throat, whatever.’ 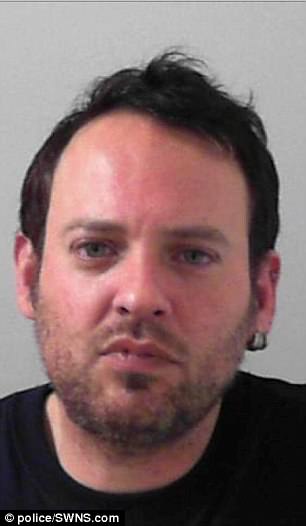 Owen Pellow, 43, pictured, was found guilty of murdering his ex-girlfriend after stabbing her 39 times before telling police she had killed herself

But the jury was also told that many of the 39 stab wounds were ‘impossible to be self-inflicted’.

And the court heard that Pellow declared he was not a murderer – but had ‘dreams of stabbing Lisa in the back’.

The jury of eight woman and four men found Pellow guilty of murder, and Richard Smith QC, for the defence, conceded his client faces a mandatory life term.

And Ms Thornton’s three daughters have said they are ‘heartbroken’ by Pellow’s ‘callous’ actions, and have expressed the ‘unbearable pain’ of losing their mother.

Bristol Crown Court was told that the couple were in a ‘volatile’ relationship from 2015 and had a son together in 2016, who was later adopted.

Ms Thornton had a history of drug and alcohol abuse and anxiety and depression, and had had been threatening to cut her throat – which had been reported by Pellow in the past.

Police found Ms Thornton on a mattress in an extremely cluttered room, wearing a cardigan that was heavily blood-stained around the neck.

There was a knife on top of a quilt near her hip, which was seized by police. She had no pulse.

Pellow was interviewed twice by police, and said he had put Ms Thornton on the bed and described her as ‘My love’.

He told police they had been in bed and had watched films, and he had gone downstairs to use the toilet and tried to roll a cigarette.

He then said he saw Ms Thornton stabbing herself in her chest, and slouching backwards. He went to her and she stabbed herself again.

He took the knife and threw it from her reach, he claimed.

He said she had been ‘really angry’ about a number of matters, including delays in seeing her daughters from a previous relationship and that her baby had been taken into care.

He said they told each other they loved each other, her breathing became shallow, she became cold and when he looked into her eyes ‘he knew she was gone’.

Some two weeks after the incident, Pellow saw a mental health nurse and declared he had ‘dreams of stabbing Lisa in the back’.

He said he must have tried to kill Ms Thornton as well as himself. He added he must have stabbed her after she killed herself, but couldn’t remember doing so.

Pathologist Deborah Cook, who carried out a post-mortem on Ms Thornton, found 39 knife wounds to her body.

One was to the inner knee of the left leg and the remainder to the chest and neck.

A court heard it would have been ‘impossible’ for mother of three Lisa-Marie Thornton, pictured, to inflict some of the wounds on herself

Medics made every effort to resuscitate her, but she was pronounced dead at the scene at 8.14am.

Ms Thornton’s family have described being robbed of a future with her.

One of her three daughters said: ‘I won’t have my mum to help prepare me for prom, she won’t be able to see me at my wedding and her grandchildren won’t ever know who she was.

‘I can’t understand how someone could be so callous to take such innocent life wrongly away from them and their family.’ 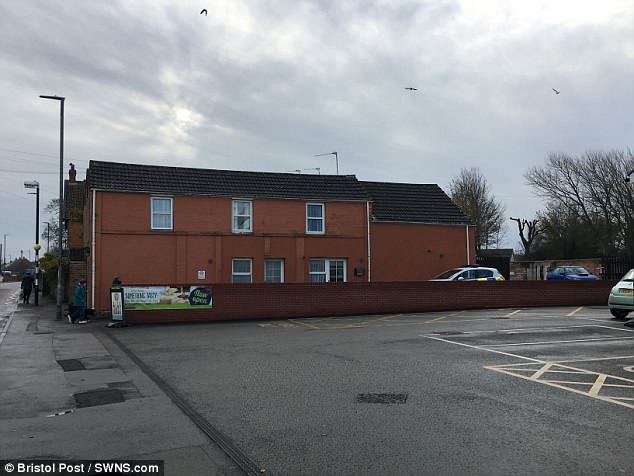 Owen Pellow, 43, was still on the phone to a 999 call handler when police arrived at the door of the North Somerset home (pictured) he shared with girlfriend Lisa-Marie Thornton, 36

And another of her daughters added: ‘My future will never be the same without my mum in it, and I will forever be hurt by the loss of my mum.

‘I’m missing a part of me that will never return.’

Her mother said: ‘No words can describe the loss of my beautiful daughter Lisa-Marie. I’m crying most days and just can’t believe she’s gone – my heart is broken.’

Senior Investigating Officer Andy Mott said: ‘This was a shocking crime that Pellow has refused to take responsibility for, even throughout the trial.

‘The jury heard how he brutally attacked Lisa-Marie Thornton, stabbing her more than 30 times in a frenzied assault.

‘Our sympathies are with Lisa-Marie’s family as they continue to come to terms with their loss and I hope this conviction can provide some semblance of closure for them.

‘I’d also like to recognise the efforts of the officers who were first on the scene of this distressing incident and carried out first aid on Lisa-Marie in very difficult and demanding circumstances.’