By Luke Andrews For Mailonline and Associated Press

A chimpanzee has been returned to his zoo in North Macedonia after spending ten years in the Netherlands to recover from depression.

Koko, who was the star of Skopje zoo, was reunited with keeper Dragan Trajkovski today, who said he was ‘overjoyed’ to see the primate again.

He was returned with three other chimpanzees named Mimmi, Hiasl and Rosi, after being treated by Animal Advocacy and Protection.

Koko was born at the zoo in 1995 but, two years later, his mother died from tuberculosis. The young chimp then suffered from loneliness and depression before being sent to Holland.

Koko (front) pictured in his new home at Skopje zoo. He was returned there after being sent to the Netherlands ten years ago when he was suffering from depression 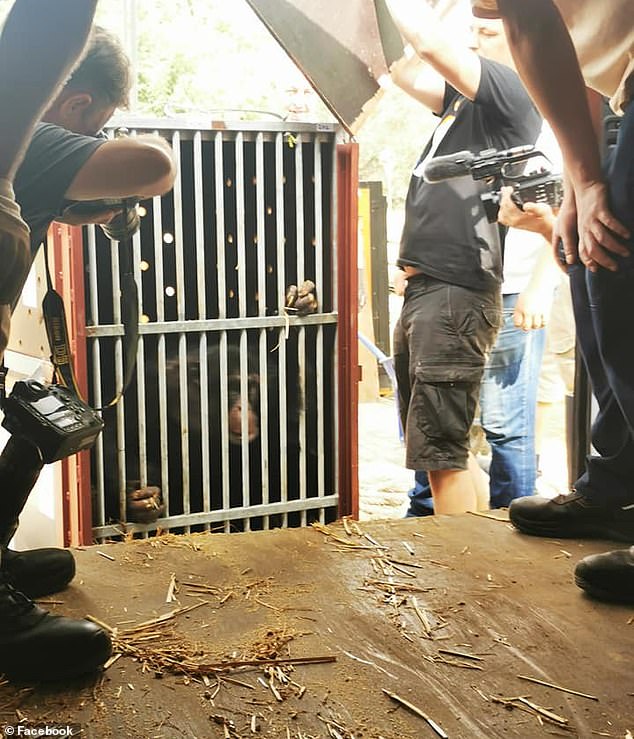 One of the chimpanzees is pictured arriving at the zoo in Skopje, North Macedonia’s capital 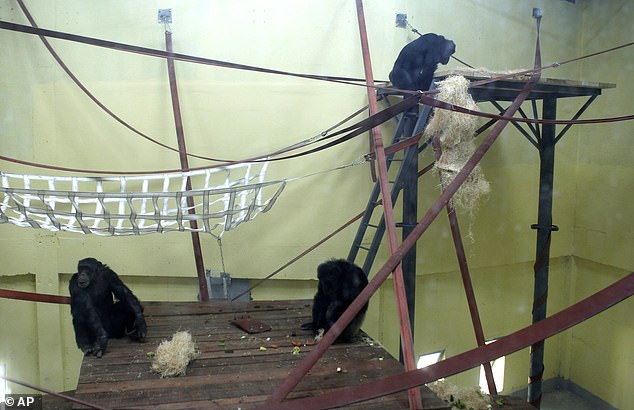 Koko was returned with three other chimpanzees named Mimi, Hiasl and Rosi. They were each being cared for by Animal Advocacy and Protection in the Netherlands

‘It was a joy I cannot describe,’ said his 49-year-old keeper, describing the chimp’s return.

‘After 10 years, Koko recognised me. We touched each other, he turned his back for a little scratching and pursed his mouth in a chimp kiss.’

The zoo said on social media that Koko was ‘excited like a little kid’ and ‘immediately’ recognised his former keeper.

Mr Trajkovski tried to parent the chimp for years before he was moved to the Netherlands.

The three primates that he has returned with have each suffered years of mistreatment. 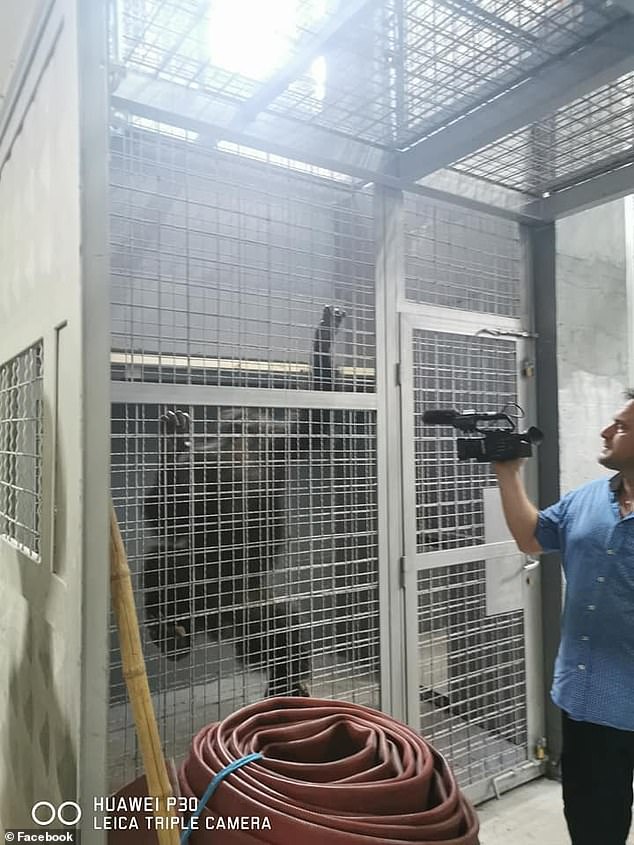 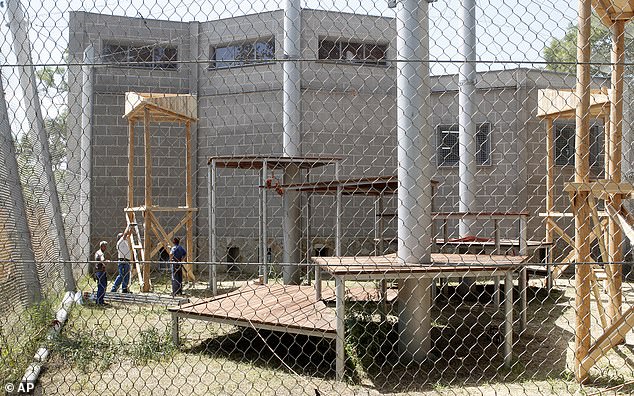 Their new cage at the zoo has been filled with toys to keep the animals entertained, according to a zoo official 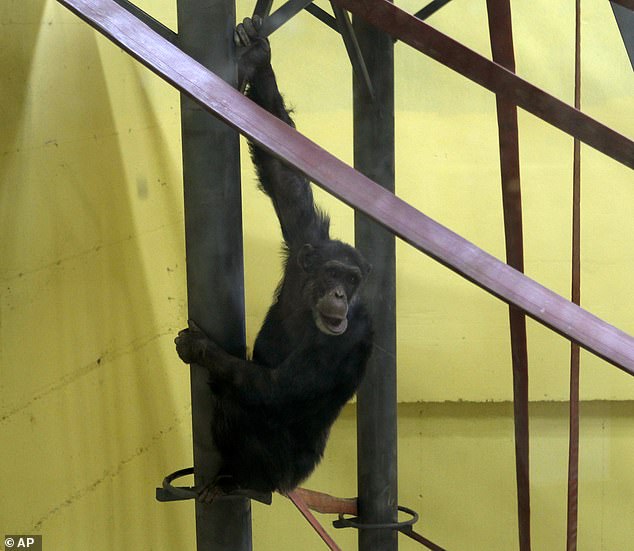 Koko pictured hanging from a railing at the zoo. After being born at the zoo in 1995, his mother died two years later from tuberculosis. The animal then became sad and lonely

Mimmi was kept in a circus before being kept in a drab enclosure at a German garden centre, according to AAP, while Hiasl and Rosi were both seized in Vienna in 1982.

They were in a group of 12 six-month-old chimpanzees being transported to the country from Africa.

Austrian authorities confiscated them at the airport due to a lack of correct documents, and only three of the 12 survived.

A special enclosure has been created for the four chimps in Skopje zoo, including a two-story house and an outdoor area.

A team of Skopje zookeepers along with AAP professionals will monitor them.

The four chimpanzees have been put in a 20-day quarantine and will be shown to the public in August. 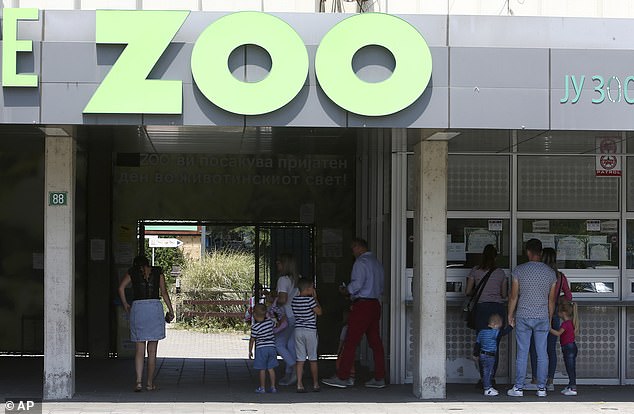 The entrance to Skopje zoo, where the chimp has been returned to after 10 years in the Netherlands

‘We are happy to have Koko back from a period of re-socialization,’ Skopje’s mayor Petre Shilegovsaid.

Chimpanzees are an endangered species in the wild.

The International Union for the Conservation of Nature, or IUCN, says their population has dropped from one million to between 170,000 and 300,000 individuals.