Chimpanzees get more selective over who they associate themselves with as they age, new research reveals.

In a study spanning two decades in a Ugandan national park, US experts observed social interactions among 21 wild male chimps, ranging in age from 15 to 58 years.

Both chimps and humans prefer to be around the company of old friends and spend less time among new faces, the experts conclude.

Chimps also showed a shift from negative interactions to more positive ones as they reached their twilight years, ‘like humans looking for some peace and quiet’.

Video clips show old mutual friends showing a high level of contact in each other’s company, comparing with younger males emitting submissive calls in the presence of an elder.

Stout, an older male (on the left) grooms Big Brown (on the right), another old male who is his long-term mutual friend

‘The really cool thing is that we found that chimpanzees are showing these patterns that mirror those of humans,’ said study author Alexandra Rosati at the University of Michigan.

‘There’s really a pressing need to understand the biology of ageing – more humans are living longer than in the past, which can change the dynamics of ageing.’

As humans age, we tend to favour small circles of meaningful, established friendships rather than seek new ones, the researchers claim. 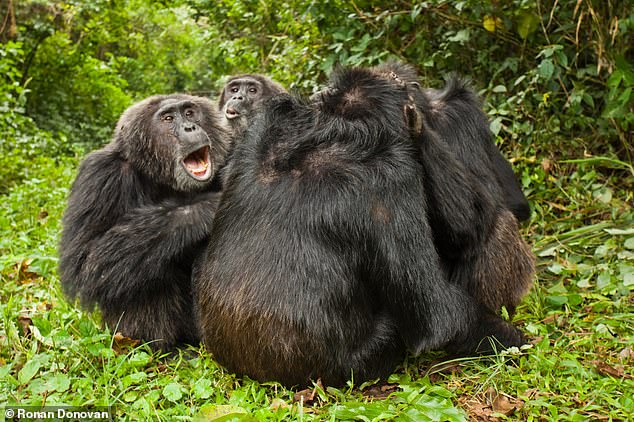 A group of male chimps groom together. Kakama, on the left, is the dominant male in the group

People are also more likely to lean toward positive relationships rather than ones that bring tension or conflict.

These behaviours were thought to be unique to humans, but chimps, one of our closest living relatives, have these traits too.

For the study, the team used 78,000 hours of observations made between 1995 and 2016, looking at social interactions of 21 male chimpanzees between the ages of 15 and 58 years old in the Kibale National Park in Uganda.

The researchers looked only at male chimpanzees because they show stronger social bonds and have more frequent social interactions than female chimps.

The older chimpanzees preferred grooming and spending more time with chimps they’d developed mutual friendships with over the years – a behaviour also attributed to older humans.

Some of the observations included looking at proximity and grooming habits. 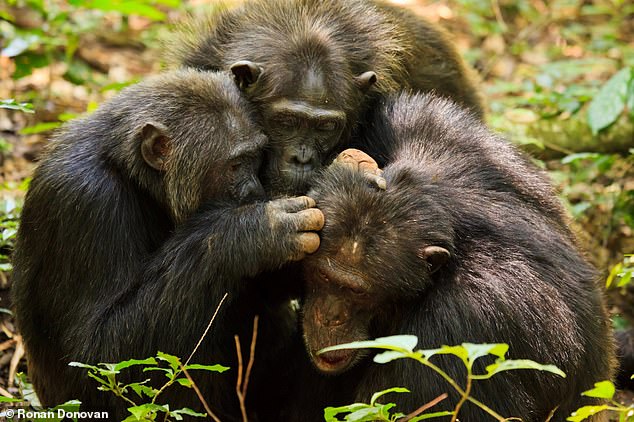 One-sided friendships, meanwhile, were those where one chimp preferred sitting close to another chimp but that other chimp didn’t reciprocate.

The relatively young 15-year-old chimps had on average 2.1 one-sided friendships and 0.9 mutual friends.

Meanwhile, the older 40-year-old chimps had an average of 0.6 one-sided friendships, meaning they bothered less with those that didn’t reciprocate. 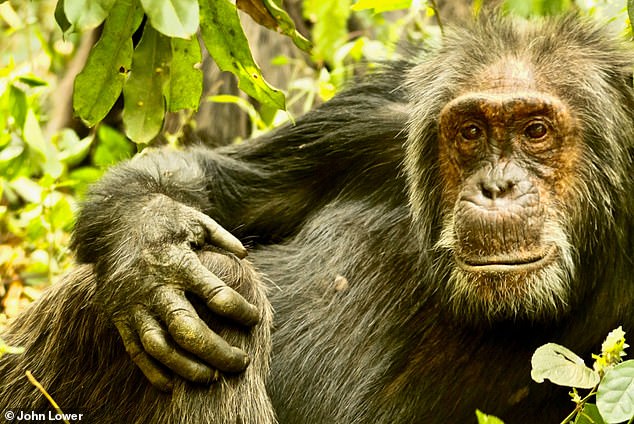 Big Brown, an older male in the group looking relaxed. Researchers looked only at male chimpanzees because they show stronger social bonds and have more frequent social interactions than female chimps

But the 40-year-olds did have plenty of mutual friends, with an average score of three.

By looking at grooming habits, the researchers then saw the older chimps devote more energy into their relationships with mutual friends.

‘We see individuals having these more lopsided friendships and then as they age they start really spending time with individuals that reciprocate,’ said study author Zarin Machanda at Tufts University in Massachusetts.

‘They’re really invested in these relationships.’

The scientists weren’t entirely surprised by their findings, partly because chimps and humans are already alike in terms of social organisation and social choices. 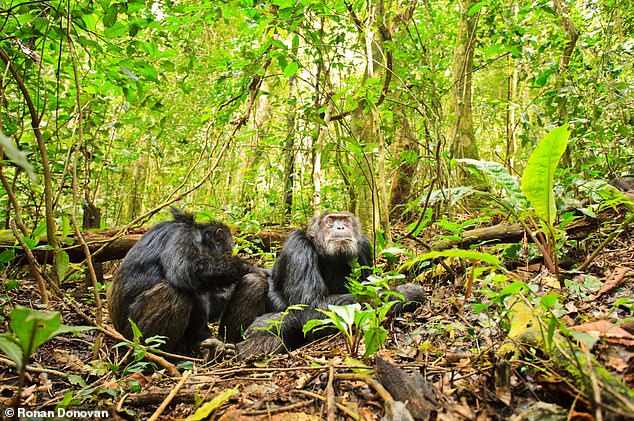 Stout, an older male (left), grooms his long-term mutual friend Big Brown in a clearing of the forest

And chimpanzees, along with bonobos, share 99 per cent of their DNA with humans.

The experts claim to have provided the first evidence that non-humans exhibit age-related social selectivity.

The study originally set out to test whether the origins of humans prioritising close, positive relationships during ageing is triggered by a theory known as ‘socio-emotional selectivity’ (SST).

SST suggests humans prioritise established and positive relationships more as we grow older because of our own impending sense of mortality.

This means we prefer to spend time with our closest, oldest and most important friends rather than making new ones. 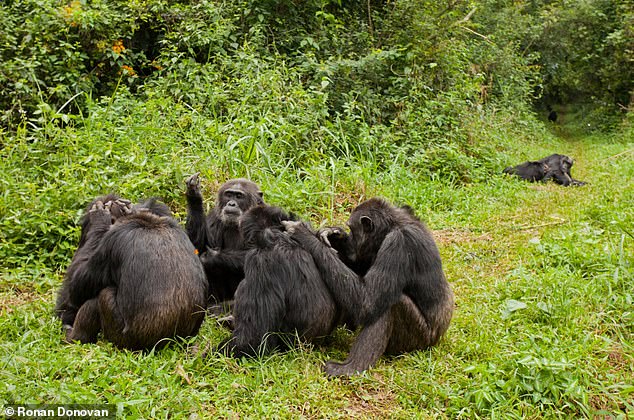 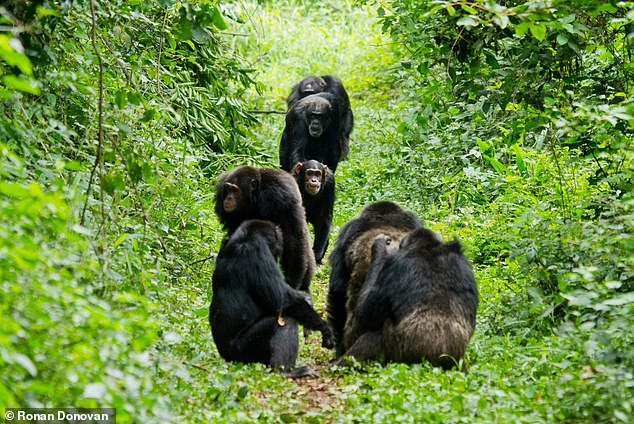 The findings from the study suggest there is more to understand, as chimps show preference to their older friends but obviously can’t be aware of impending mortality.

‘Even though chimps are very smart, they do not understand they’re going to die,’ said study author Richard W. Wrangham at Harvard University.

‘Much more likely something else is going on in chimps to explain why their relationships become more positive as they get older, and then the question is what applies to chimps the same as what applies to humans.’

Despite the main finding, young and old chimps alike were seen socialising and grooming in mixed groups.

The study has been published in the journal Science. 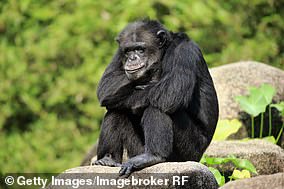