China and Japan are joining forces to develop a futuristic train that could run up to 310 miles (500 kilometers) per hour – or from London to Paris in under an hour.

Instead of traditional fuel such as coal, gas and electricity, the super high-speed locomotive, known as aerotrain, will be fully powered by natural energy, claimed Chinese state media.

According to plan revealed by a participating professor of the project, Lai Chenguang, the first aerotrain will enter service in Japan in 2025 to connect Tokyo’s two airports in just 10 minutes, a report on People’s Daily Online said. 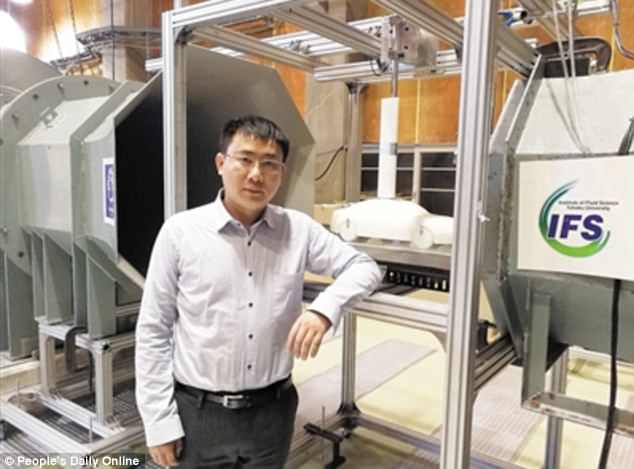 Lai Chenguang (pictured), from Chongqing University of Technology, is one of the researchers

China and Japan already have some of the fastest and most advanced commercial trains in the world.

The Shanghai Maglev travels at a top speed of 267mph (430mph), the fastest passenger train in China, while the Japanese maglev trains have reached a staggering 375mph (603kmh) in the past.

The trial manufacturing as well as the test runs of the first two generations of aerotrain have been carried out in Japan, said Lai Chenguang, who is a professor of Chongqing University of Technology in China.

Prof. Lai told the reporter that Chongqing University of Technology had made the third generation model of the train, called ‘LOOP’, based on aerodynamic studies.

The first aerotrain is expected to connect the Narita Airport situated some 37 miles east of Tokyo, with the Haneda Airport situated around 8.7 miles south of Tokyo. It is set to travel at 248mph (400kmh) and the journey would take just over 10 minutes.

While the second aerotrain has been planned to link Tokyo and Osaka with a top speed of 310mph (500kmh). The train will halve the travelling time between Japan’s two largest cities down to under an hour. 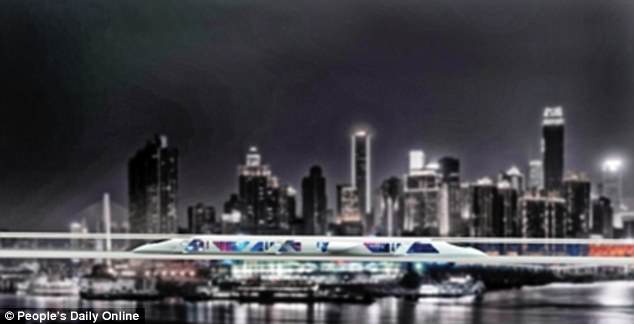 An artistic impression of the third-generation aerotrain, ‘LOOP’, being developed in China

Powered by green energy, the zero-pollution aerotrain would not only be fast, but also extremely enviornmental and cost-effective.

Prof. Lai said: ‘If the train runs at a speed of 500 kmh, the energy it consumes is only one-third of that consumed by current high-speed trains, and one-sixth of the maglev trains.’

Professor Lai Chenguang first came across the project in 2004, and in 2007 he moved to Japan to help develop the train as an expert on aerodynamics.

Now he has relocated to Chongqing, China, to lead the development of the third generation aerotrain.

The latest model shown by Prof. Lai to a Chinese reporter is about 3.2 feet (one metre) long with a bullet train nose and three pairs of loop-shaped wings.

Prof. Lai said the reclined wing structure would help improve the train’s stability as well as increase the transport efficiency by 30 to 40 per cent. 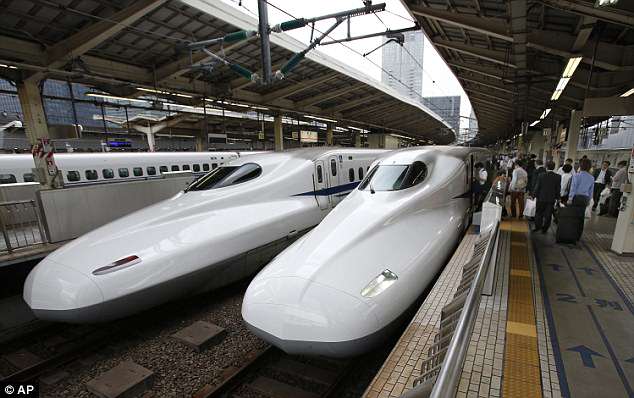 China and Japan already have some of the fastest and most advanced commercial trains in the world. In this 2014 filephoto, passengers get on the Shinkansen high-speed train in Tokyo 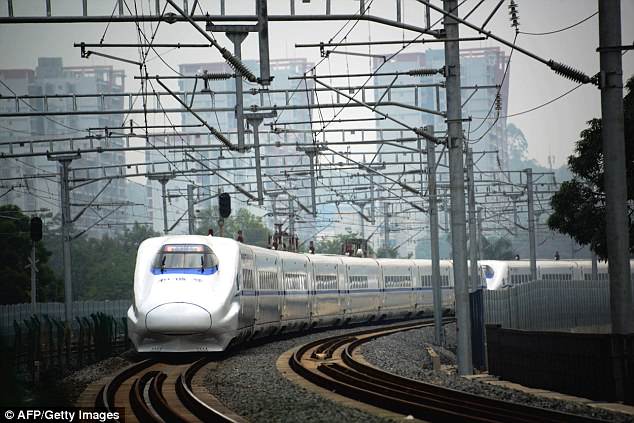 A Chinese high-speed train travels on the railway to Beijing in Nanning on June 13, 2014

The next step for the Sino-Japanese team would be to test magnesium alloys as the train’s exterior material.

Prof. Lai said the team had invented a type of high performance magnesium alloys that is lightweight, strong and can generate electricity while interacting with air.

Yoshiaki Kohama, a professor from Japan’s Tohoku University who is also a researcher of the aerotrain project, is developing the so-called ‘magnesium-air battery’, a cutting-edge form of energy based on the chemical interaction between magnesium and air.

The team will continue with the lab experiment and research of the third generation aerotrain.

China is also planning a supersonic ‘flying train’ that runs at 2,500mph 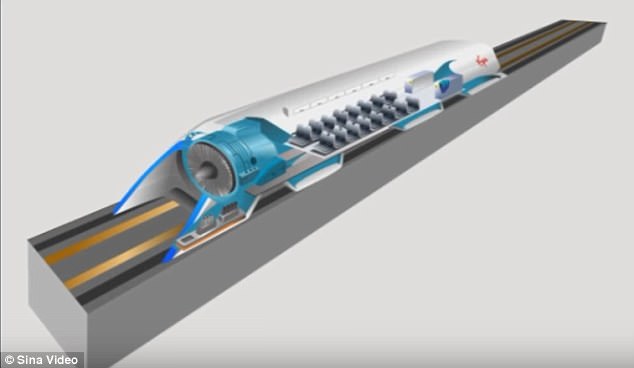 China has started looking into creating a ‘high-speed flying train’ that could reach speeds of 2,485 mph (4,000km/h), according to state-run space contractors.

The ‘flying train’ is a passenger pod that travels through a vacuum tube using magnetic levitation – similar to Elon Musk’s Hyperloop, which is looking to reach speeds of 760 mph (1,200 km/h).

CASIC claims their tube system will be the first designed for supersonic speeds – although their first aim to to hit more modest speeds of 621 mph (1,000km/h).

The contractors announced they would be transporting the ‘flying train’ to sixty or so countries across Asia, the Middle East, Europe and Africa.

They gave no timeline along with their announcement.

The ‘flying train’ would also be ten times faster than the world’s fastest bullet train – which is also in China.