Ivanka Trump’s brand has won a series of Chinese government trademark approvals even as President Trump vowed to eliminate crippling U.S. business barriers against Chinese firm ZTE, adding to questions about conflicts of interest at the White House.

The president’s daughter, who maintains her ownership of a brand that includes clothes, makeup, and other products, won approval for a large back of trademark applications May 7.

The approvals came just days before President Trump announced he was working on a deal to lift U.S. business barriers against Chinese firm ZTE in order to save Chinese jobs.

The approvals also coincide with the Chinese government agreeing to loans totaling $500 million for a an Indonesia development project that includes a Trump Organization 18-hole golf course and luxury hotel.

The confluence of events surrounding the complex trade relationship with China come after Trump campaign arguing the nation was being ‘ripped off’ for years. 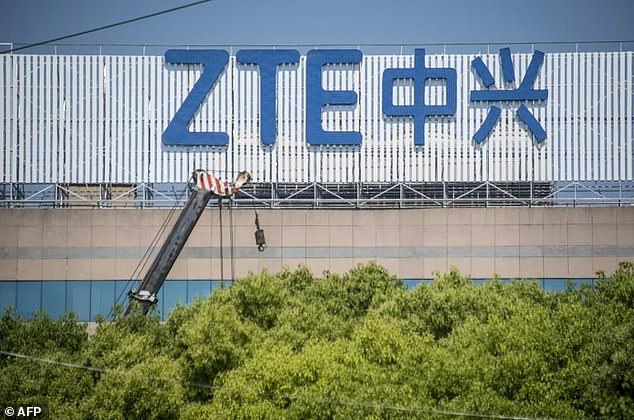 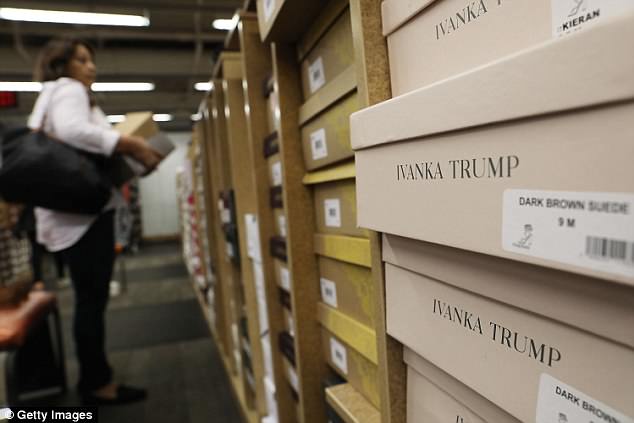 ‘Some countries will no doubt see this as a way to curry favor with President Trump,’ wrote Fred Wertheimer, the president of Democracy 21, and Norm Eisen, of Citizens for Responsibility and Ethics in Washington.

“Other countries may see the business requests made by his daughter’s company as requests they cannot refuse,’ they added. 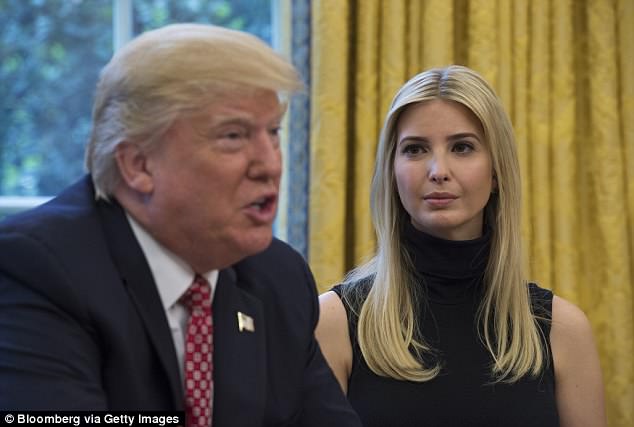 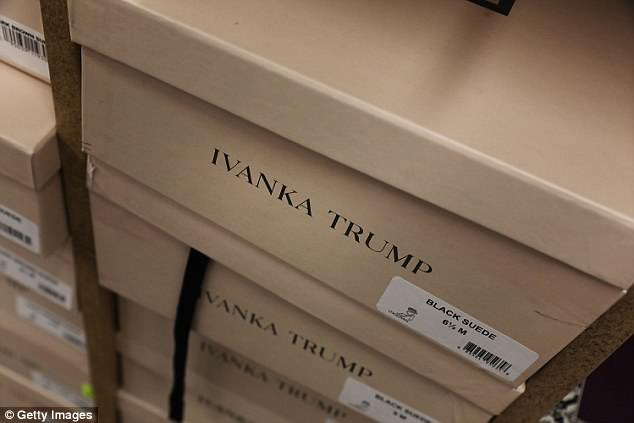 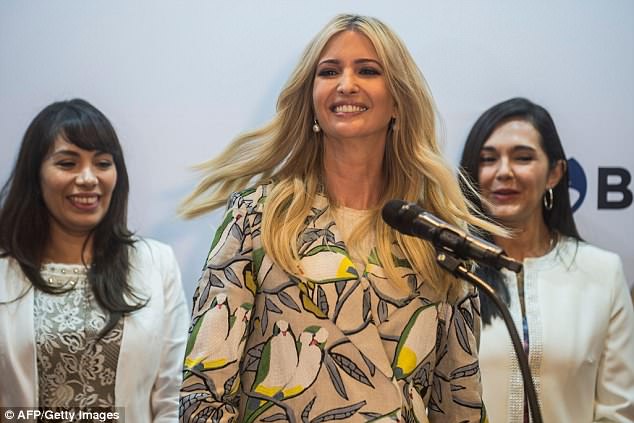 Ivanka Trump, advisor to US President Donald Trump, attends a press conference in the framework of the III Americas Business Summit in Lima, on April 13, 2018 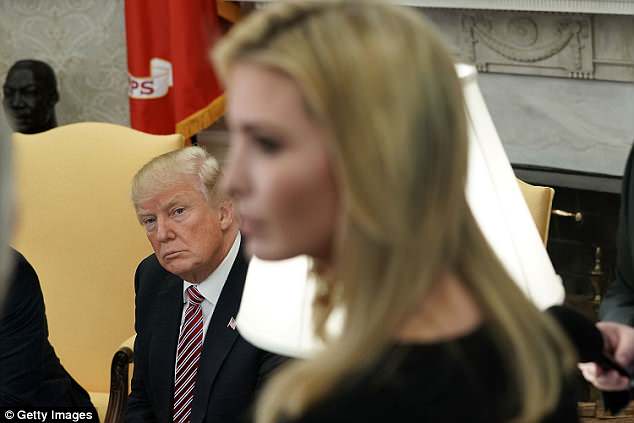 President Donald Trump and adviser and daughter Ivanka Trump listen during a working session regarding the Opportunity Zones provided by tax reform in the Oval Office of the White House February 14, 2018 in Washington, DC 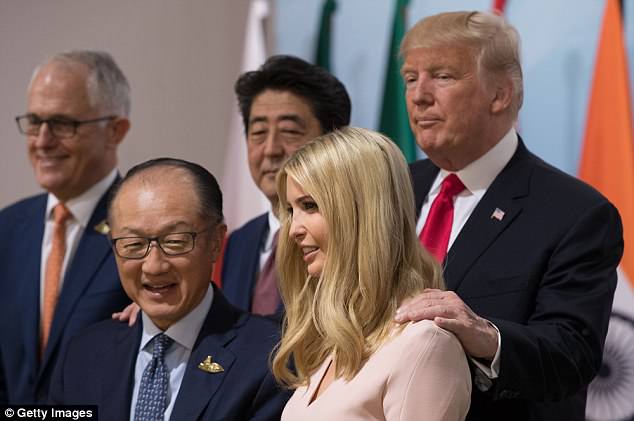 ‘As a White House adviser, Ivanka has represented the United States at multiple diplomatic events despite the potential conflicts her business interests present,’ CREW said in a statement. Although Ivanka has stepped down from her role at her business and has placed it in a trust, she continues to receive profits from the business.’

On Sunday, China granted the first daughter’s company final approval for its 13th trademark in the last three months, trademark office records show. Over the same period, the Chinese government has granted Ivanka Trump’s company provisional approval for another eight trademarks, which can be finalized if no objections are raised during a three-month comment period.

Taken together, the trademarks could allow her brand to market a lifetime’s worth of products in China, from baby blankets to coffins, and a host of things in between, including perfume, make-up, bowls, mirrors, furniture, books, coffee, chocolate and honey. Ivanka Trump stepped back from management of her brand and placed its assets in a family-run trust, but she continues to profit from the business. 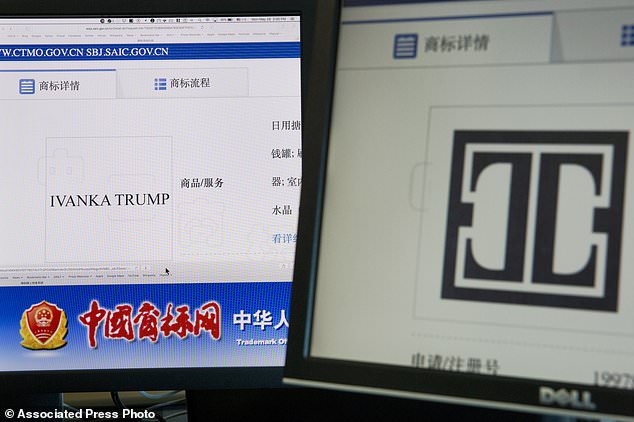 “Ivanka Trump’s refusal to divest from her business is especially troubling as the Ivanka brand continues to expand its business in foreign countries,” Noah Bookbinder, executive director of Citizens for Responsibility and Ethics in Washington, said in an email Monday. “It raises significant questions about corruption, as it invites the possibility that she could be benefiting financially from her position and her father’s presidency or that she could be influenced in her policy work by countries’ treatment of her business.”

As Ivanka Trump and her father have built their global brands, largely through licensing deals, they have pursued trademarks in dozens of countries.

Those global trademarks have drawn the attention of ethics lawyers because they are granted by foreign governments and can confer enormous value. Concerns about political influence have been especially sharp in China, where the courts and bureaucracy are designed to reflect the will of the ruling Communist Party.

Chinese officials have emphasized that all trademark applications are handled in accordance with the law.

More approvals are likely to come. Online records from China’s trademark office indicate that Ivanka Trump’s company last applied for trademarks – 17 of them – on March 28, 2017, the day before she took on a formal role at the White House. Those records on Monday showed at least 25 Ivanka Trump trademarks pending review, 36 active marks and eight with provisional approval.

The World Intellectual Property Organization’s global brand database also shows that her company, Ivanka Trump Marks LLC, won three trademarks in the Philippines after her father took office. Two of them that cover clothing, including lingerie and baby clothes, were filed on Feb. 8, 2017 and registered in June and November. The third, filed on March 1, 2017, covers clothing and footwear and was registered in July.

Companies register for trademarks for a variety of reasons. They can be a sign of corporate ambition, but in many countries, like China, where trademark squatting is rampant, companies also file defensively, to block copycats from grabbing legal rights to a brand’s name. Trademarks are classified by category and may include items that a company does not intend to market. Some trademark lawyers also advise clients to register trademarks for merchandise that is manufactured in China, even if it’s not sold there.

Ivanka Trump does not have a large retail presence in China, but customs records show that the bulk of her company’s U.S. imports are shipped from China.

The brand’s secretive Chinese supply chains have been the subject of some controversy. A year ago Monday, three men working for China Labor Watch, a New York-based non-profit group, were arrested while investigating labor abuses at Ivanka Trump suppliers in China. After thirty days in detention, they were released on bail, but continue to live under police surveillance.

Li Qiang, the group’s founder, said Monday that he hopes bail will be lifted soon and that the case will not go to trial.

Police in Ganzhou, the southeastern Chinese city where the men were detained, could not be reached for comment. The Chinese law firm that handles Ivanka Trump’s intellectual property in China also did not immediately respond to requests for comment.