China has condemned Brazil after the far-right government’s education minister linked the coronavirus pandemic to Beijing’s ‘plan for world domination,’ in a tweet imitating a Chinese accent.

In the latest incident to strain ties between Brasilia and Beijing, Education Minister Abraham Weintraub insinuated China was behind the global health crisis.

The Chinese Embassy in Brazil has slammed the tweet as ‘highly racist’ and demanded an explanation from the Brazilian government. 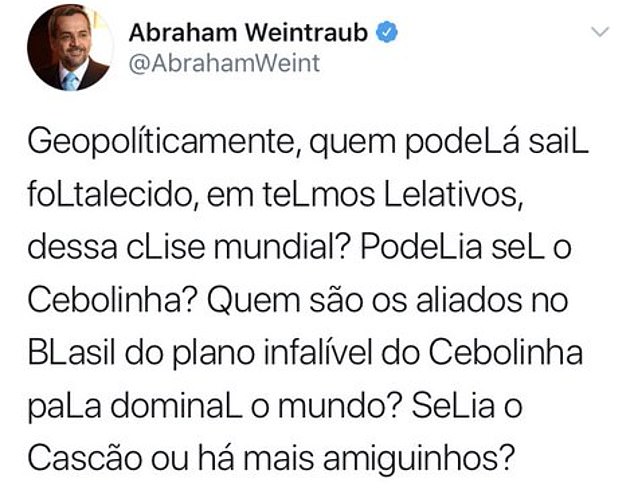 ‘Geopolitically, who will come out stronger from this global crisis?’ Weintraub wrote on Twitter Saturday.

‘Who in Brazil is allied with this infallible plan for world domination?’

The original tweet from Weintraub has now been deleted.

Chinese Ambassador Yang Wanming responded to the incident yesterday on his Twitter: ‘The Chinese government expects an official explanation from Brazil.

‘We are aware that our people are on the same side resisting to the racist words wanting to preserve our good relationship,’ Yang added.

In the original Portuguese, his tweet substituted the letter ‘r’ with capital ‘L’ — ‘BLazil’ instead of ‘Brazil,’ for example – in a style commonly used to mock a Chinese accent.

It was also a reference to a character from a popular Brazilian comic strip, ‘Monica’s Gang.’ 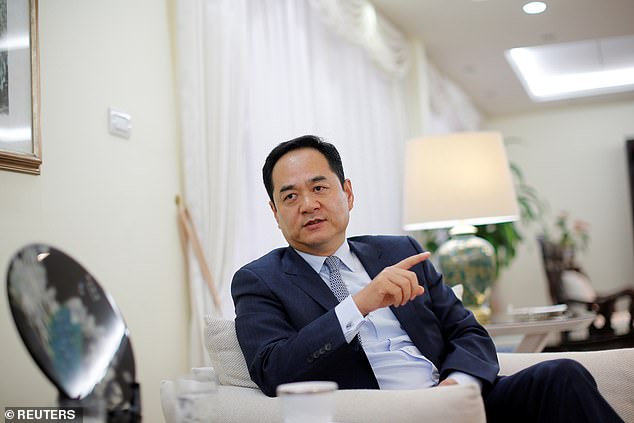 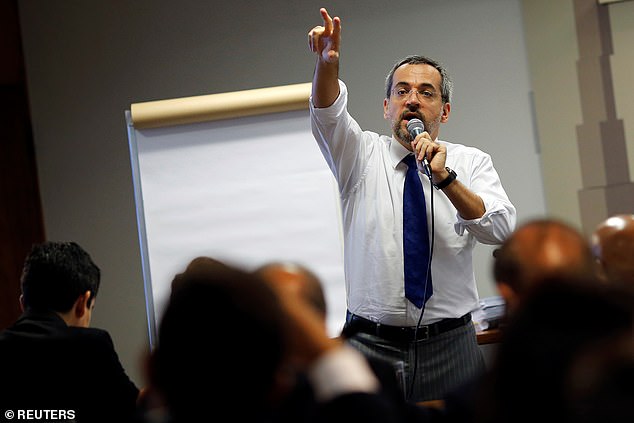 The embassy condemned Weintraub’s ‘absurd and despicable’ tweet, calling it ‘highly racist’ , according to an official statement.

The row comes as Brazil, like many countries, is hoping to source more medical equipment from China to deal with COVID-19.

Weintraub said in an interview he stood by his tweet and called on China to do more to help fight the pandemic.

‘If they (China) sell us 1,000 ventilators, I’ll get down on my knees in front of the embassy, apologize and say I was an idiot,’ he told Radio Bandeirantes.

Health Minister Luiz Henrique Mandetta said last week Brazil was struggling to source ventilators and other vital health supplies from China, saying some of its orders were canceled without explanation.

The issue erupted into a social media war Monday. The top trend on Twitter in Brazil was the hashtag TradeBlockadeOnChinaNow. 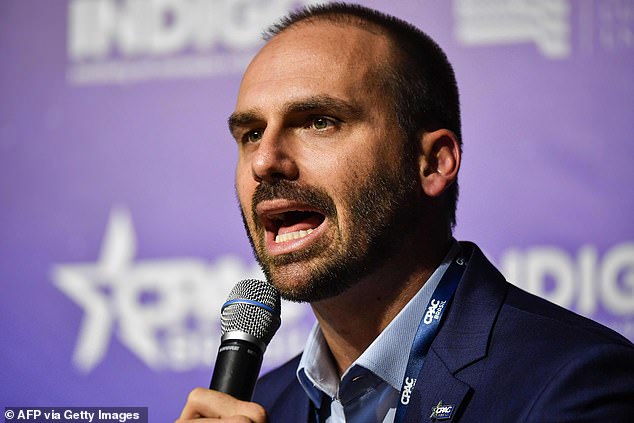 Brazil, whose biggest trading partner is China, is the Latin American country hit hardest by the new coronavirus, with nearly 500 deaths and more than 11,000 confirmed cases so far.

Since the pandemic emerged, Brazil-China ties have been strained, notably by a series of tweets by President Jair Bolsonaro’s son Eduardo, a federal lawmaker.

Eduardo Bolsonaro criticised the Chinese ‘dictatorship’ for its handling of the outbreak in March.

Last week, he tweeted about the ‘Chinese virus,’ a phrase that infuriates Beijing. It has also been used by US President Donald Trump, whom his father admires.

That prompted China’s consul general in Rio de Janeiro, Li Yang, to ask Eduardo in an opinion column in Brazilian newspaper Globo: ‘Are you really that naive and ignorant?’

Globally, over 1.3million people are infected with the deadly disease and the death toll has risen to 73,838. 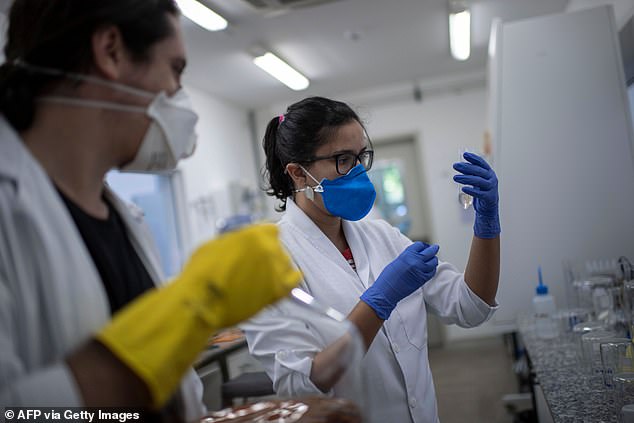 Brazil, whose biggest trading partner is China, is the Latin American country hit hardest by the new coronavirus, with nearly 500 deaths and more than 11,000 confirmed cases so far. Researchers work on the development of alcohol gel for public hospitals at the laboratories of the Federal University of Rio de Janeiro