China and Burkina Faso signed an agreement to establish diplomatic relations on Saturday, days after the west African nation cut ties with Taiwan in yet another victory for Beijing in its campaign to isolate the island.

A communique on establishing relations was signed in Beijing by Chinese Foreign Minister Wang Yi and his counterpart Alpha Barry.

Burkina Faso broke off ties with Taiwan on Thursday, becoming the second country to do so within a month and leaving the democratically ruled island with only 18 diplomatic allies around the world.

Wang said in a speech after the signing that Burkina Faso acknowledged in the communique that “there is only one China in the world.”

“The Burkina Faso government is following the trend of the times and made the right political decision,” he said.

The move had been widely expected after Burkina Faso defected from Taiwan, which has steadily lost ground in a decades-long diplomatic tug-of-war with China in developing countries.

Taiwan can now claim only one ally in Africa, Swaziland.

“Now Africa has only one country with which we have not yet established (relations),” Wang said.

“We hope this country can join the big China-Africa family of friendship as soon as possible.”

China and Taiwan split in 1949 after a civil war won by the Chinese Communists. The two sides often use economic support and other aid as bargaining chips for diplomatic recognition.

Burkina Faso had terminated relations with Taipei first in 1973 but restored them in 1994.

China still considers Taiwan to be a renegade province to be reunified with the mainland, by force if necessary.

Relations between Taiwan and China have worsened since President Tsai Ing-wen took over in Taipei in 2016.

Beijing has raised the pressure on Tsai, whose government refuses to acknowledge that Taiwan — whose democratic freedoms stand in stark contrast to Communist-ruled China — is part of a “one China”. 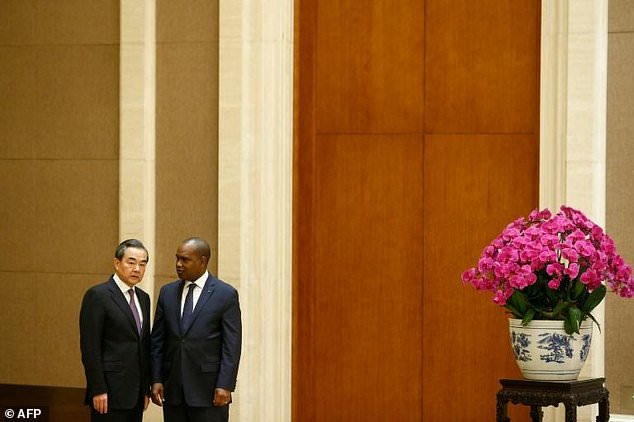 Burkina Faso was the fourth country to cut ties with Taipei since Tsai took office two years ago.

Calling China “the world’s most important economy,” Barry said he expected Burkina Faso to benefit from the relationship.

Tsai has lashed out at China’s “crude behaviours” since Burkina Faso broke ties.

“China’s crude behaviours to undermine our sovereignty have already challenged the bottom line of Taiwan’s society. We will not tolerate it anymore,” she said.

She accused Beijing of using “dollar diplomacy” to lure away the island’s allies.

The Dominican Republic switched recognition to Beijing earlier in May, terminating a 77-year diplomatic relationship to recognise China.

The small African nation of Sao Tome switched recognition to Beijing in late 2016, followed by Panama in June last year.