China could invade Taiwan as early as THIS YEAR, US Naval Chief warns

China could take Washington and the world by surprise and invade Taiwan as soon as this year, U.S. Chief of Naval Operations Adm. Michael Gilday warned this week.

As Beijing launches fresh military exercises by air and sea off Taiwan’s coast, the Navy has now adopted a ‘fight tonight’ mentality, according to the chief of naval operations.

The service is now working to become more ready for deadly conflict at a moment’s notice.

‘It’s not just what Jinping says, it’s how the Chinese behave and what they do,’ Gilday said at an event held by the Atlantic Council Wednesday, referencing Chinese President Xi Jinping.

‘What we’ve seen over the past 20 years is that they have delivered on every promise they’ve made earlier than they said they were going to deliver on it.’

‘It’s not just what Jinping says, it’s how the Chinese behave and what they do,’ Gilday said at an event held by the Atlantic Council Wednesday 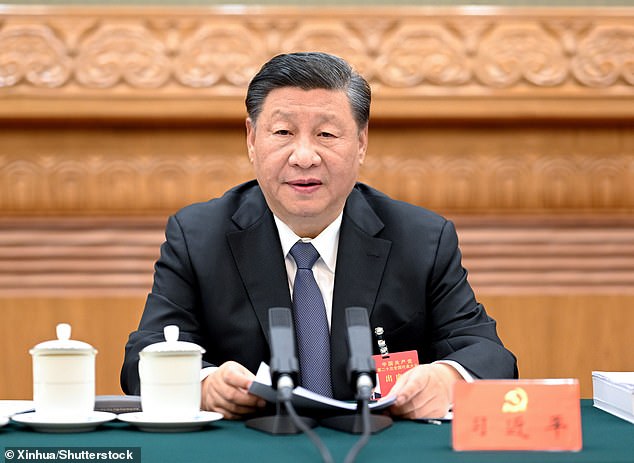 ‘The wheels of history are rolling toward China’s reunification’ with Taiwan, Chinese President Xi Jinping said Sunday at the Communist Party Congress, which gathers every five years

The senior defense official added: ‘I can’t rule that out. I don’t mean at all to be alarmist by saying that. It’s just that we can’t wish that away.’

Gilday said the Navy cannot justify spending a single penny that does not threaten the rising threat from China, and therefore must continue its decommissioning of 24 old ships to fund other priorities.

‘It’s readiness over capacity; the ships that we put out there have to be ready to fight,’ he added.

‘Some of them are three years behind in coming out of maintenance, at [added] costs of $80 million or more, with a weapon system that is not going to be upgraded in time to face the threat that the Chinese pose,’ he said.

The Navy regularly patrols the South China Sea and the Straits of Taiwan between China and Taiwan.

Sec. of State Antony Blinken backed up such predictions earlier this week when he said China is speeding up its timeline to take back Taiwan.

Delivering a speech at the Chinese Communist Party Congress on Sunday, Xi restated his goal to ‘reunify’ Taiwan with China.

‘There has been a change in the approach from Beijing toward Taiwan in recent years, Blinken said, including ‘a fundamental decision that the status quo was no longer acceptable and that Beijing was determined to pursue reunification on a much faster timeline.’

‘The wheels of history are rolling toward China’s reunification’ with Taiwan, Xi said at the Communist Party Congress, which gathers every five years.

He said that while China preferred peaceful measures to retake the island democracy of 23 million people it would not rule out ‘the option to take all necessary measures.’

U.S. officials have worried that Xi may soon take a page out of Russia’s playbook – Beijing has not condemned Moscow’s invasion of Ukraine. Xi has ramped up military drills along Taiwan’s coastline in the Taiwan Strait in recent months.

Xi in his address described a ‘great rejuvenation’ of China, putting it at the center of global affairs as an ‘irreversible historical process.’

Washington-Beijing relations have soured under both President Trump and President Biden as the U.S. calls out China on human rights violations, trade abuses, security threats and Covid-19 origins. 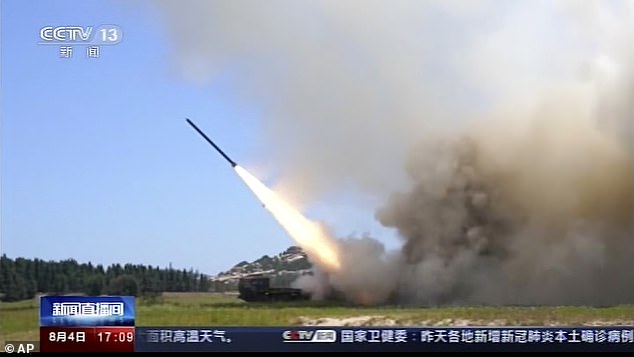 China says it conducted ‘precision missile strikes’ in the Taiwan Strait on Aug. 4 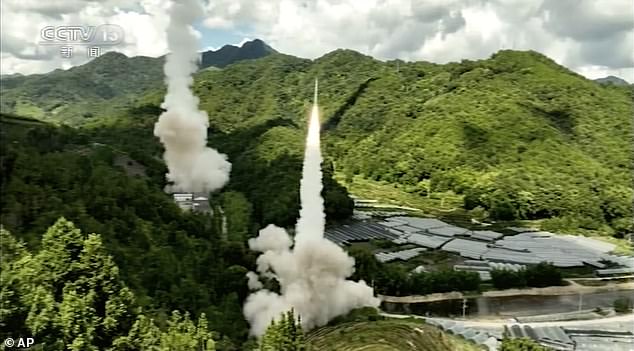 Further precision missile strikes launched from an unspecified location in China, as captured from footage run by China’s CCTV 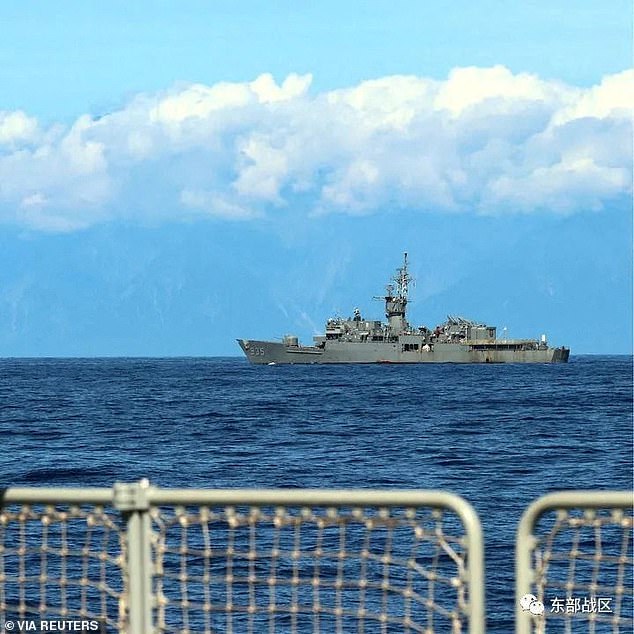 A Taiwan military vessel is seen from a Navy Force vessel under the Eastern Theatre Command of China’s People’s Liberation Army (PLA) during the navy’s military exercises in the waters around Taiwan, at an undisclosed location in this August 5

Last week, Biden released his official national security strategy that focused heavily on ‘outcompeting’ China. The president made it clear that despite Russia’s nuclear threats, he is more concerned about China in the long-term.

U.S.-China frictions heightened after a series of U.S. lawmaker visits to Taiwan, most especially that of House Speaker Nancy Pelosi, followed by Biden’s curious insistence that the U.S. would defend Taiwan from a Chinese invasion.

China cut cooperation with the U.S. on climate change and drug trafficking in August after Pelosi’s visit.

Asked by CBS’ 60 Minutes last month whether the U.S. would defend Taiwan, Biden replied: ‘Yes, if in fact there was an unprecedented attack.’

‘So unlike Ukraine, to be clear, sir, U.S. Forces, U.S. men and women would defend Taiwan in the event of a Chinese invasion?’ CBS asked.

However he also toed closer to US policy when stating ‘we’re not encouraging their being independent’ from China, adding that it was up to Taiwan.

The White House again undercut the president’s forceful rhetoric by saying U.S. policy ‘has not changed’ after the interview.

It’s the fourth time in a little over a year that the White House had to pump the breaks on Biden’s enthusiastic defense of Taiwan.

Last year, the commander of the U.S. Indo-Pacific Command told a Senate Armed Services Committee hearing that China’s threat to move in on Taiwan would ‘manifest during this decade, in fact, in the next six years.’