Chinese officials have warned that parts of the country could be ravaged by a locust plague between now and September after armies of the insects already ‘invaded’ the country.

Swarms of yellow-spined bamboo locusts have destroyed about 26 square miles of fields in Pu’er after raiding the city from China’s border with Laos, the local government said.

The Pu’er forestry authority yesterday issued an early warning, predicting a potential locust ‘disaster’ in China’s southern border regions after the spread of the pests ‘accelerated’. 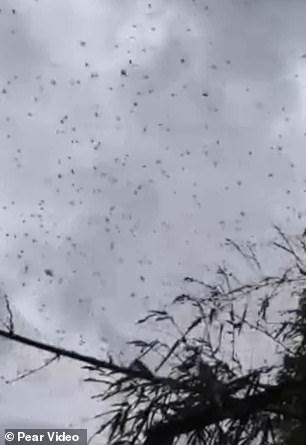 Chinese officials have warned about a looming locust plague in the country after a type of grasshoppers invaded Pu’er, a city in south-western Chinese province Yunnan since June 28 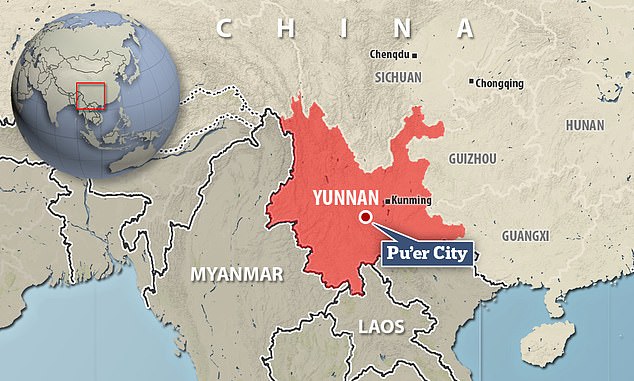 The authorities identified the insect to be yellow-spined bamboo locust that inhabits in south-eastern Asia.

The locust is the main pest of China’s bamboo-producing regions as it devours all the bamboo leaves in its paths while killing off the commercially valuable stalks.

Pu’er government said in a notice on Thursday: ‘The invasion of the yellow-spined bamboo locusts from abroad is accelerating. We can detect new clusters invading every day.’

The large infestation of the pests is also possibly spreading to nearby counties and pose a risk of damaging agricultural crops, the officials warned.

Footage released by Pear Video shows swarms of the insects flying across the sky in the city’s Jiangcheng county, which borders with Laos.

The neighbouring country of China has been ravaged by the yellow-spined bamboo locusts since late March, according to local media. 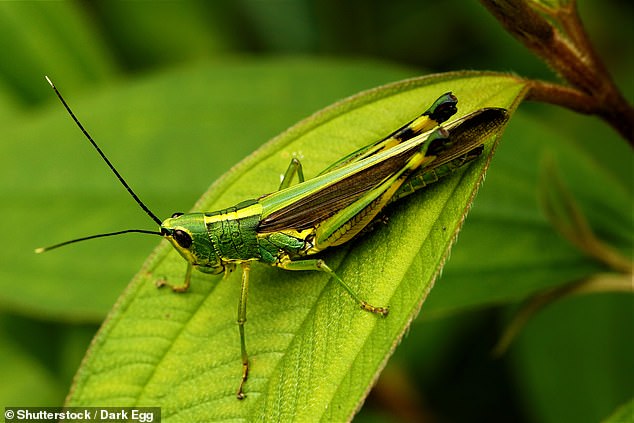 The authorities identified the insect to be yellow-spined bamboo locust, a species of grasshoppers that inhabits in southeastern Asia. The picture shows the bamboo-feeding insect 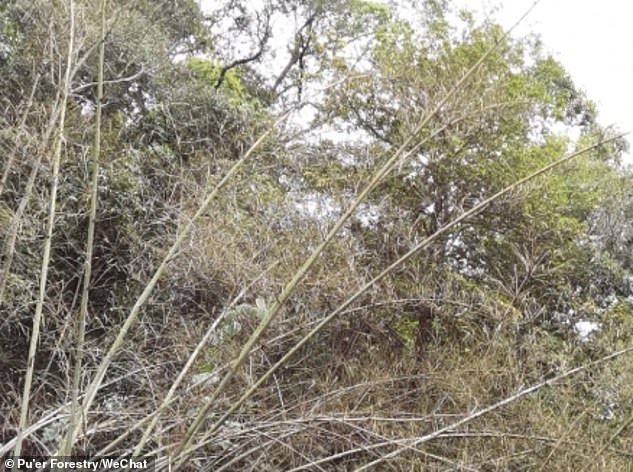 The locusts are the main pests of China’s bamboo-producing regions as they devour all the bamboo leaves in their paths while killing off the commercially valuable stalks. The picture shows damaged bamboo shoots in Pu’er after the city was invaded by the grasshoppers

The Pu’er authorities said that they first detected the pest invasion along the border between Pu’er and Laos on June 28.

Since then, the city has continued to spot new clusters every, said the forestry officials in a notice yesterday.

The statement also said that the speed of the pest invasion is accelerating and it’s possible to spread to nearby counties and attack farmland. 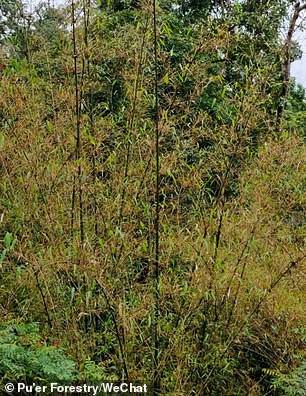 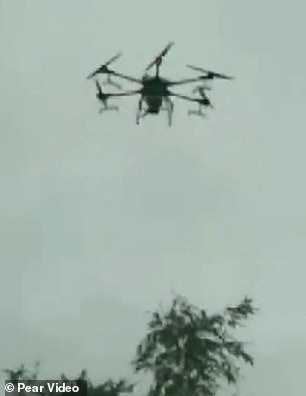 A major outbreak of the pests is likely to erupt the Chinese border regions between now to September, the local government in the city of Pu’er, Yunnan province have alerted Thursday

‘Based on initial research and judgement, there is a high possibility of a disaster of yellow-spined bamboo locust escalating in border regions between July to September,’ the authorities warned.

An estimated total of 6,593 hectares of land has been ravaged by the grasshoppers, the Pu’er government said.

The officials have conducted over 500 drone flights to carry out pest control efforts over nearly 3,000 hectares of land.