China is introducing new textbooks into its elementary and middle schools next month that it hopes will help make children aware of ‘national sovereignty.’

These new textbooks will cover three main subjects including Chinese language, history along with moral and legal education.

It includes information on islands in the South China Sea that the Chinese government claims are in their jurisdiction. 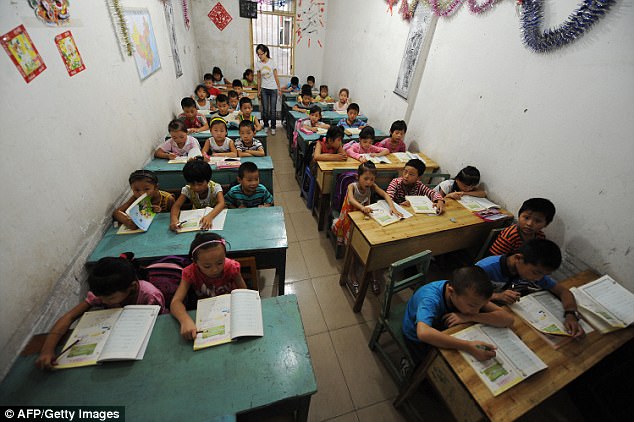 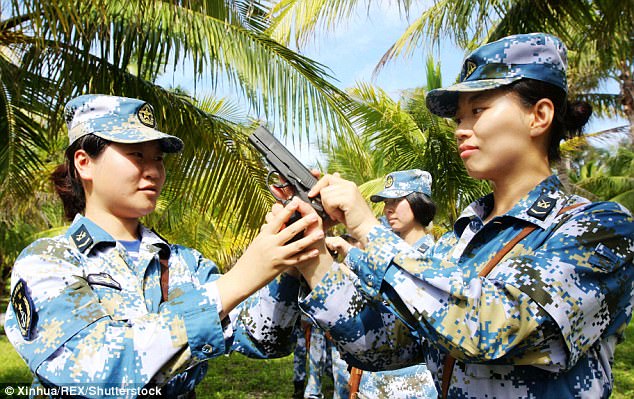 The new textbooks will be introduced in schools starting on September 1.

According to state mouth piece the People’s Daily, the books will include texts on the country’s revolutionary heroes and traditions while also having sections on Chinese people’s wish to defend ‘national territories.’

It also shows students facts and materials it claims proves China’s legitimate sovereignty over Tibet, Taiwan and the islands in the South China Sea.

According to the report, the textbooks will enhance international consciousness and look at the world with an ‘open mind and open vision’ and help students absorb the civilised achievements created by mankind. 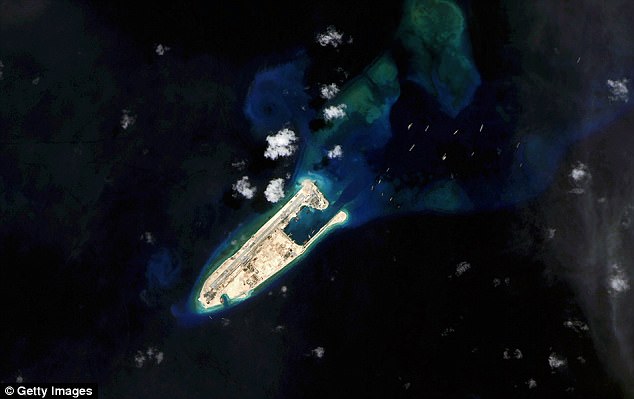 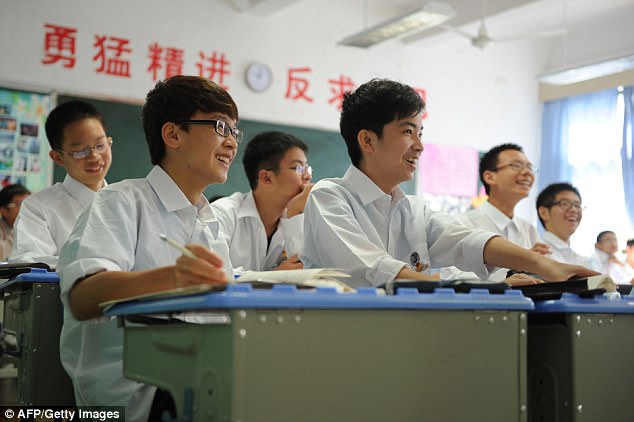 Schoolboys are taught in a Shanghai classroom (File photo) 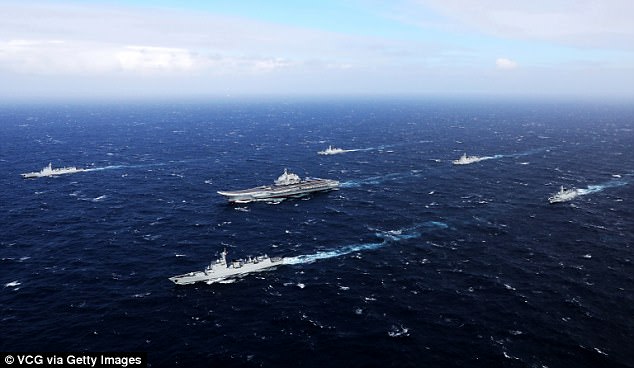 China claims all territory in the South China Sea. However Brunei, Malaysia, the Philippines, Vietnam and Taiwan also have claims on parts of the sea.

The South China Sea is a potentially energy rich area. China has already started to build manmade islands in the disputed area including a base.

The base on the hotly-contested Spratly Islands has been outfitted with 24 fighter-sized hangars, runways, water and fuel storage, a large port, communications equipment, fixed-weapon positions and a barracks.

This year has been a particularly tense year for the South China Sea area.

In January, Secretary of State Rex Tillerson said that China should not be allowed to access the islands it had built in the region.

Tillerson said: ‘We’re going to have to send China a clear signal that, first, the island-building stops and second your access to those islands is not going to be allowed.’

He also compared China’s actions to that of ‘Russia’s taking of Crimea’.

Tillerson’s remarks caused Chinese state media to say at the time that the United States would need to ‘wage war’ to stop them from accessing the islands.