China practises for ‘surprise attack’ over sea near Korea

China’s military has been rehearsing fending off a ‘surprise attack’ near the Korean peninsula as tensions in the region continued to escalate.

An anti-aircraft defence battalion carried out the exercises early on Tuesday, near the Bohai Sea, the innermost gulf of the Yellow Sea that separates China from the peninsula, the official army website stated.

Troops travelled to the site from central China before immediately beginning drills to fend off the ‘surprise attack’ simulating real battle and soldiers used weapons that had never been trialled before.

Korean People’s Army (KPA) soldiers carrying packs marked with a radioactive symbol take part in a military parade in Pyongyang. The rehearsals in China would have been a test of how to deal with the KPA troops’ aggression 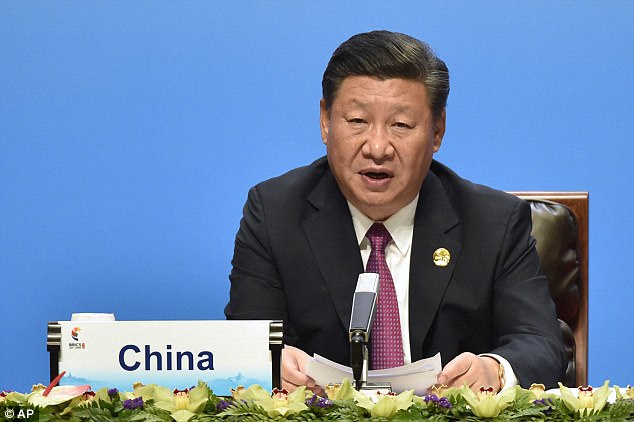 Chinese President Xi Jinping delivers the speech ahead of the signing ceremony of BRICS Business Council at the BRICS Summit in Xiamen, Fujian, on Monday. He authorised the military rehearsals near the Bohai Sea, the innermost gulf of the Yellow Sea that separates China from the peninsula 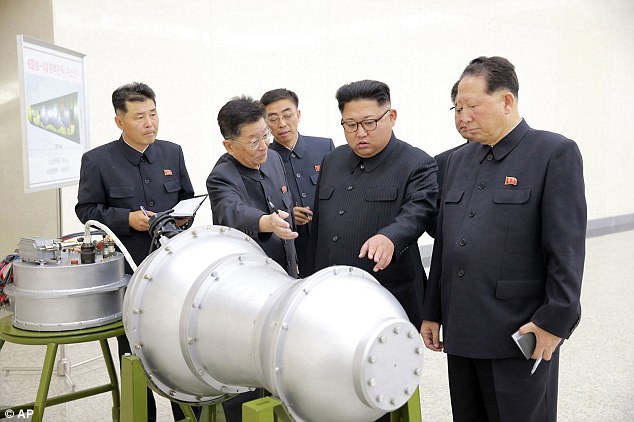 North Korean leader Kim Jong-un, second from right, at an undisclosed location in North Korea as he inspects one of the country’s weapons

The website issued a statement saying: ‘The troops rapid response capabilities and actual combat levels have effectively been tested.’

It was the first time certain weapons, which it did not identify, had been used to shoot down low-altitude targets coming over the sea, www.81.cn said.

China’s Defence Ministry did not immediately respond to a request for comment.

The exercise came days after North Korea carried out its sixth and largest nuclear test of an advanced hydrogen bomb and there is mounting concern internationally that the country plans more weapons tests, possibly of a long-range missile.

After weeks of rising tension, South Korea and the United States have been discussing the deployment of aircraft carriers and strategic bombers to the Korean peninsula.

China is deeply suspicious of any US backed military build up in the region and has repeatedly expressed anger at the deployment of a US anti-missile defence system in South Korea.