China has successfully tested high-altitude spy drones which could help it dominate a region of the atmosphere where the air is extremely thin.

It marks a significant step toward China’s ambitions of exploiting near space for military intelligence.

‘Near space’ begins at 20 kilometres (12 miles) above sea level and is also known as the ‘death zone’ for drones since most machines can’t fly in very thin air.

However, according to the South China Morning Post, a new type of Chinese-developed drone that is undergoing testing appears to have overcome these difficulties.

It has long been seen as a promising frontier for intelligence services.

However, it remains relatively unknown because it is too high for most aeroplanes to operate, and too low for satellites.

The goal of the Chinese scientists is to develop a durable near space vehicle capable of observing large areas for weeks, months or even years on end.

Drones are seen as one of the best ways of reaching that goal.

The extremely low temperatures of the challenging zone means that the machines’ electronic components will likely fail.

One way the Chinese are hoping to combat the its negative effects is by reducing the number of electronic components in these new drones.

Last month, at a research facility in Mongolia, China successfully tested an experimental drone at an altitude of 25 kilometres (15 miles). 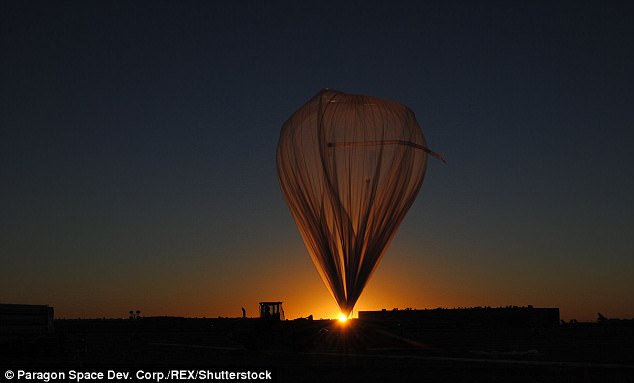 The spy drones, which were about the size of a bat, were instantly accelerated through an electromagnetic pulse, before they moved towards their targets that were more than 100 kilometres (60 miles) away.

The drones tested don’t have a power motor, instead they glided through the air towards their destinations.

While current near-space drones cost millions to produce and can reach altitudes of only about 10 kilometres (6 miles) these new prototypes will cost ‘as little as a few hundred yuan. 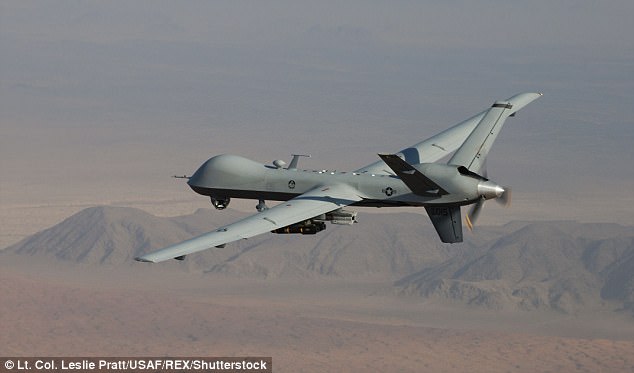 According to reports, it will be small enough to fit inside a shoebox and weighs about as much as a football which is about 0.45 kg (1 pound).

The drones are made with composite materials and are designed to withstand the forces involved in electromagnetic launches.

However, the vehicles will not hold cameras as the transmission of photo or video data over long distances requires bulky antenna unsuitable for near space launches.

The high altitude drone is part of a project called the Scientific Experiment System of Near Space, a strategic pilot project of the Chinese Academy of Sciences. 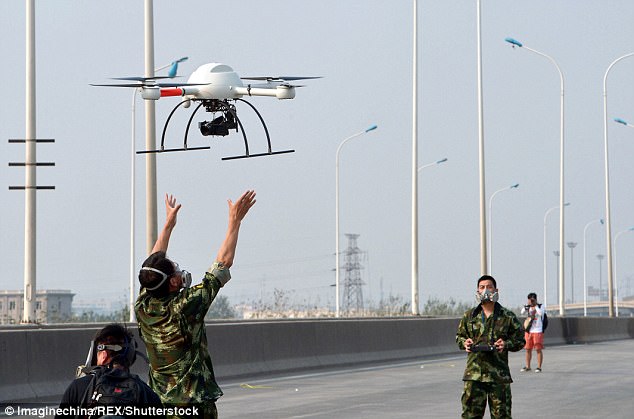 Its development follows a 2013 experiment by Google, in which the internet company launched 30 high altitude balloons in the southern hemisphere to test their capability to relay internet data.

Similar balloons launched by Nasa have stayed in near space for months.

China Aerospace Science and Technology Corporation flew a large, solar-powered drone at an altitude of 20,000 metres for 15 hours earlier this year.

The Caihong T4 aircraft could be equipped with radar and communications equipment to provide early warning for Chinese military aircraft, according to state media reports.