Images captured on the cameras will be sent to patrolling officers, who will then intercept the vehicles for further investigation. 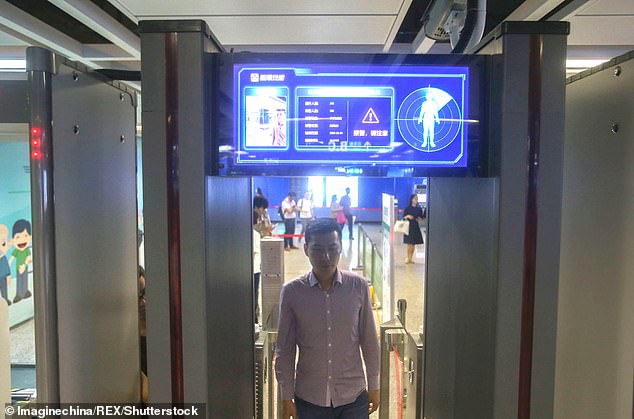 A man has his face scanned by facial recognition cameras at a metro station in Guangzhou, Guangdong province. Across China, 170 million CCTV cameras are already in place

The latest measure is part of a larger campaign announced by the traffic police team under the Jilin Provincial Public Security Department to combat drink-driving this year.

‘High-definition facial recognition surveillance cameras will be able to figure out whether the driver has consumed alcohol from their facial features,’ the report said.

After a suspected drunk driver has been identified, officers will receive data on the person’s vehicle, including plate number and vehicle model.

They can then approach the drivers and conduct breathalyser tests.

Authorities handled more than 35,300 cases of drink-driving last year, according to the provincial department of public security. 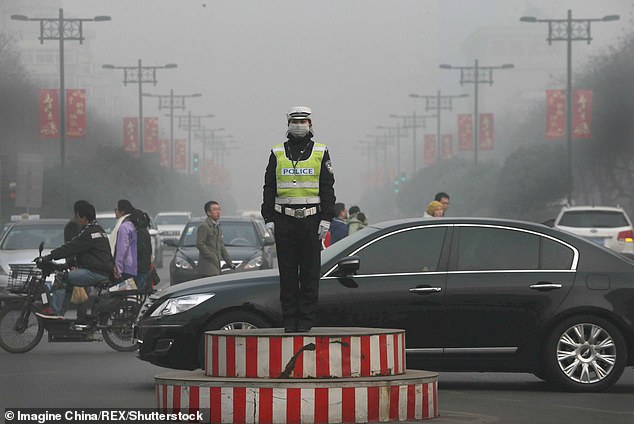 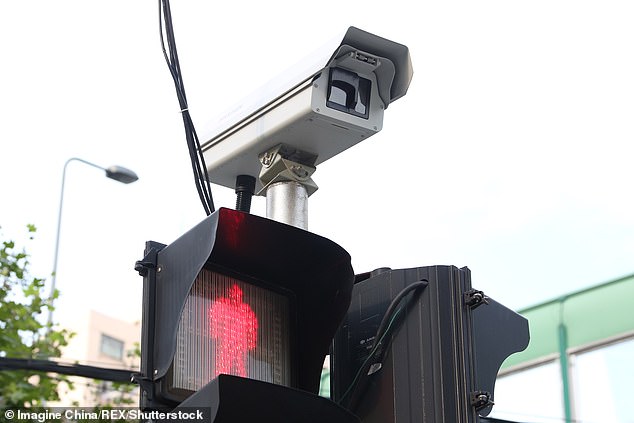 Drink-driving has long been one of the most common cause of road accidents in China. A total of 17,264 Chinese drivers were banned from driving for life in 2018. Among them, 5,149 were caught drunk driving in serious traffic accidents.

Across the country, 170 million CCTV cameras are already in place and an estimated 400 million new ones will be installed in the next two years, according to the BBC.

It is part of China’s efforts to build a digital surveillance system able to use a variety of biometric data – from photos and iris scans to fingerprints – to keep close tabs on the movements of its 1.4 billion population.

The main goal is for the system to match someone’s face to their ID photo 90 per cent of the time.

In Zhengzhou city, central China, transport police have been wearing high-tech sunglasses that can help them spot suspects within seconds in a crowded train station since February.

At the same time, police in Shenzhen city, south-eastern China, has started to ‘name and shame’ unruly drivers and jaywalkers in April by projecting their faces on LED screens after identifying them from a database.

The rapid development of the technology has triggered a demand for commercial applications as well, with gyms, restaurants and even public toilets getting in on the facial recognition game.

How is China building the world’s most powerful facial recognition system?