The Chinese government has announced plans to intensify its crackdown on video gaming in order to counter worsening short-sightedness among minors.

Regulators are directed to limit the number of new online games, restrict playing time and develop an age-restriction system in the industry, according to a statement posted on the Education Ministry website late on Thursday.

The authority justified the new curbs as a way to counter worsening visual impairment among minors, after President Xi Jinping earlier this week called for greater national attention on optical health. 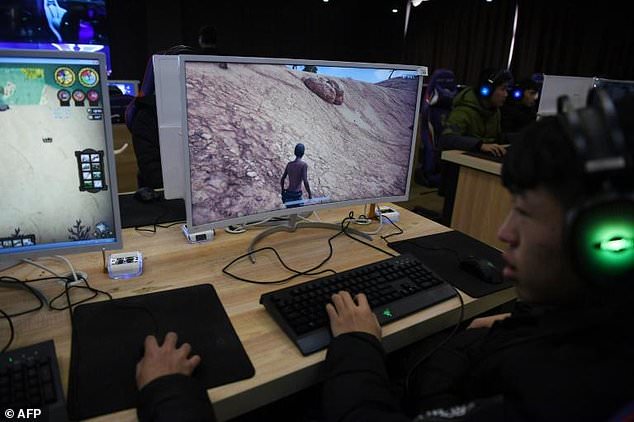 But the move adds to perceptions that there is a broader campaign to rein in China’s fast-growing video game sub-culture after authorities already made clear their concerns over gaming addiction and the violent content of many shoot-em-up titles.

The education ministry statement, also endorsed by seven other ministries, said they will ‘implement regulations and controls’ on the number of games that can be played online, limit new releases, explore an age-restriction system for games, and take steps to reduce playing time by minors.

No specifics or timeframe were given.

A national vision report in 2015 said around 500 million Chinese – nearly half the population above five years old – suffer visual impairment, 450 million are near-sighted, and rates were rising.

It estimated visual impairment issues cost China around $100 billion in 2012. 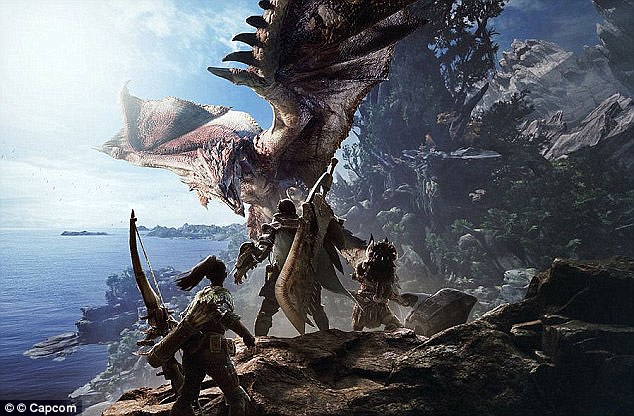 The industry was rattled earlier this month when Tencent said it was ordered to pull the hit game ‘Monster Hunter: World’ from sale, just days after it debuted 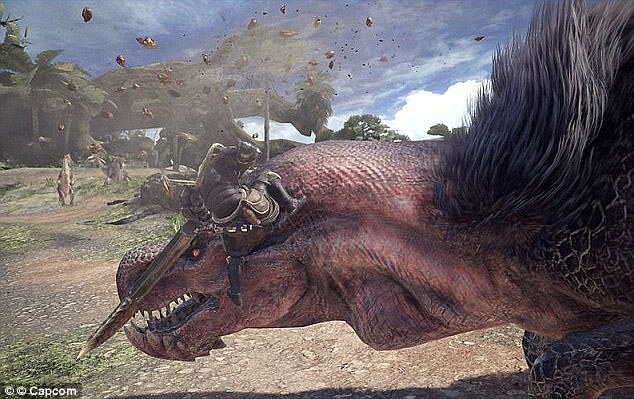 Approvals for online, console and mobile games reportedly have been stalled for months by regulatory personnel changes linked to President Xi’s ongoing consolidation of power

Shares in internet giant Tencent, China’s games leader, dropped by more than five per cent in Hong Kong while Perfect World Co, a game developer formerly listed on the US NASDAQ exchange, fell as much as nine per cent in Shenzhen.

But visual concerns are just the latest reason given for an apparent campaign to put the brakes on wildly popular digital gaming.

The industry was rattled earlier this month when Tencent said it was ordered to pull the hit game ‘Monster Hunter: World’ from sale, just days after it debuted.

The government’s online list of approved new titles has not been updated since May. Previously, the list had been updated regularly.

Quoting unnamed sources, it said approvals for online, console and mobile games have been stalled for months. 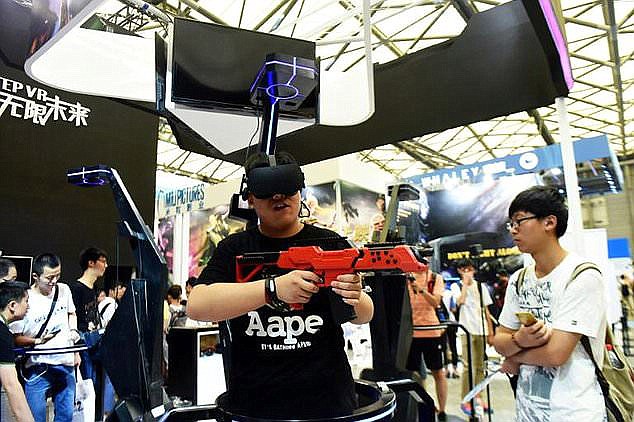 China is the world’s largest gaming market, with an estimated £30 billion in revenue

Chinese media blamed the hold-up on personnel changes arising from Xi’s consolidation of power at a Communist Party leadership meeting late last year, which has made him the most powerful leader since Mao Zedong.

But regulators also have balked at approving games featuring violence and gambling, Bloomberg quoted a source as saying, as Xi pushes a ‘purification’ campaign to purge media and entertainment of content perceived as unsavoury.

China is the world´s largest gaming market, with an estimated $37.9 billion (£30 billion) in revenue, according to industry tracker Newzoo, but concerns over objectionable content and addiction have fuelled growing scrutiny.

Official warnings over the dangers, and calls for tighter regulation, seemed to gain pace after Chinese media reported in February that a 15-year-old game-addicted boy in central China bludgeoned and strangled a woman to death.

State-run Xinhua news agency said the boy told police he wanted to know whether killing was ‘as easy and fun’ as in video games.