Chinese scientists have developed a new artificial intelligence, 500 megapixel, camera that can identify one face out of a crowd of tens of thousands of people.

The camera’s resolution is said to be four times more detailed than the human eye – which is 120 million pixels – and can connect to other devices, scientists said.

Dubbed a ‘super camera’ by the Chinese media, the device can pick out human faces or objects and instantly find specific targets in a crowded street or sports stadium.

Researchers unveiled the new technology, which is equipped with artificial intelligence (AI) and can integrate with facial recognition as well as real-time monitoring, at China’s International Industry Fair last week.

Xiaoyang Zeng, a scientist who worked on the new ‘super camera’ technology with the 500 megapixel AI device that was unveiled last week 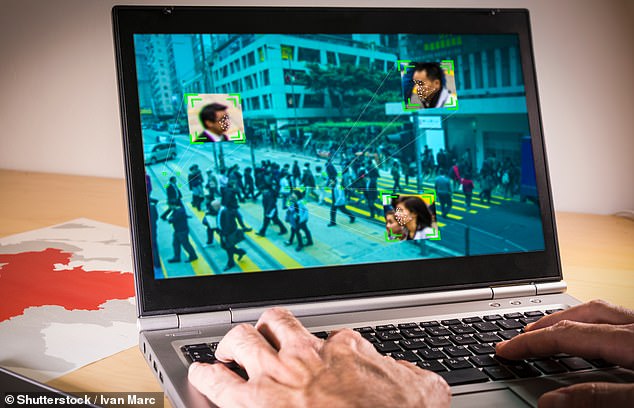 The ‘super camera’ has raised fears facial recognition technology in China and the rest of the world could now accelerate and further infringe civil liberties.

Xiaoyang Zeng, one of the scientists who worked on the new technology, said this device can capture both still images and record video, according to ABC News.

It was designed by Fudan University and Changchun Institute of Optics, Fine Mechanics and Physics of the Chinese Academy of Sciences.

The police could set up the camera system in the centre of Shanghai and monitor the movement of crowds in real time, then cross-check the images with medical and criminal records, Zeng said.

Li Daguang, a professor at the National Defense University of the People’s Liberation Army in Beijing told the Global Times that the system could ‘very easily be applied to national defense, military and public security’.

Samantha Hoffman, an analyst at the Australian Strategic Policy Institute, told ABC: ‘The Party-state [in China] has massive databases of people’s images and the capability to connect them to their identity.’ 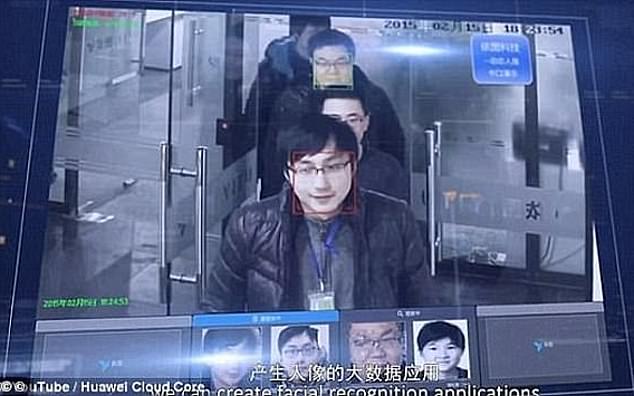 China has used the controversial technology in shopping centres and airports

China has used the controversial technology in shopping centres and airports for sometime and announced plans for widespread facial recognition coverage in cities and homes by 2020.

This week authorities in Shenzhen offered subway travellers free travel if they allowed their face to be used by the technology.

China’s notoriously pervasive surveillance system is made up of more than 170 million CCTV cameras, using AI to identify people even when their faces are hidden.

‘Gait recognition’ software was rolled out in the country last year, that was designed to identify subjects by the way they walked.

So-called ‘spy-bird’ drones that look like animals have also been used in China, equipped with a high-definition cameras, GPS and a flight control system to allow remote control from the ground.

Police forces in England and Wales are resisting Home Office attempts to roll out the controversial facial recognition cameras, it was revealed last month.

Its use by South Wales Police and the Metropolitan Police has been challenged in court.

Earlier this month the Met and British Transport Police admitted they did share images with the King’s Cross Estate for its facial recognition technology, despite first denying it.