Investors wondering whether to put some of their hard-earned cash into the Chinese stock market are faced with a paradox: the country is too big and influential to ignore, but the market is too unpredictable for anything other than a bumpy ride.

The past few days have illustrated the difficulties of investing in a country run by a political elite that tolerates a ‘form of phoney capitalism’.

An expected crackdown on online gaming, especially among the young Chinese, sent shares in Tencent – China’s largest video games operator – into a tailspin.

This followed in the wake of other crackdowns on China’s technology sector. Last month, the Chinese government announced it would be barring tutoring for profit in core school subjects to ease financial pressures on families that have contributed to low birth rates.

Too hot to handle?: It is difficult to invest in a country run by a political elite that tolerates a ‘form of phoney capitalism’

This is after Didi, founded in China in 2012, had just listed on the New York Stock Exchange. The intervention sent Didi’s shares plunging.

‘Scratch beneath the thin veneer and China is an illiberal, Marxist state where the priorities of the Communist Party will always ultimately take precedence and where political influence weighs heavily on companies,’ says Jason Hollands, a director of wealth manager Tilney Smith & Williamson.

‘This makes the case for investing in China tricky on so many levels – morally as well as on investment grounds.’

The Nasdaq Golden Dragon China Index has now lost more than 45 per cent of its value since February.

So, does this represent a buying opportunity or, as Hollands suggests, should Chinese investments now be treated with extreme caution?

Too big to ignore… the case for investing in China

‘If you haven’t got any Chinese exposure in your investment portfolio, you probably need some,’ says James Carthew, fund analyst at research company Quoted Data.

Carthew believes there are bargains to pick up after the sharp market falls of recent weeks and months. ‘China is too big to ignore,’ he adds. ‘Its economy continues to grow and its consumers are becoming more affluent.’

Big name companies in China are increasingly household brands across the world.

A record 143 of Fortune’s top 500 global companies this year were Chinese, including the likes of online retailer JD.com, technology giant Alibaba, Tencent and electronics company Xiaomi.

Given strong domestic consumption, Carthew believes all these companies have the ability to keep on growing and generating cash – despite the intimidatory actions of China’s President Xi Jinping.

Pruksa Iamthongthong is investment director of Asia Dragon, an investment trust run by funds giant Abrdn (previously known as Aberdeen Standard Investments). She is comfortable with the 39 per cent exposure that the £630million fund has in China.

Among its top ten holdings are Alibaba, Tencent and drinks manufacturer Kweichow Moutai.

She says: ‘Despite the unsettling events of the past few weeks, we believe the private sector retains a critical role in ensuring that the Chinese economy continues to innovate and prosper – and that China reaches its goal of being a moderately prosperous nation by 2035.’

She believes that despite the government’s interference in certain business sectors, the Communist Party does not intend to make the stock market too risky for investors to have confidence in.

‘As a result, we remain positive about the long-term prospects for Chinese equities.’ 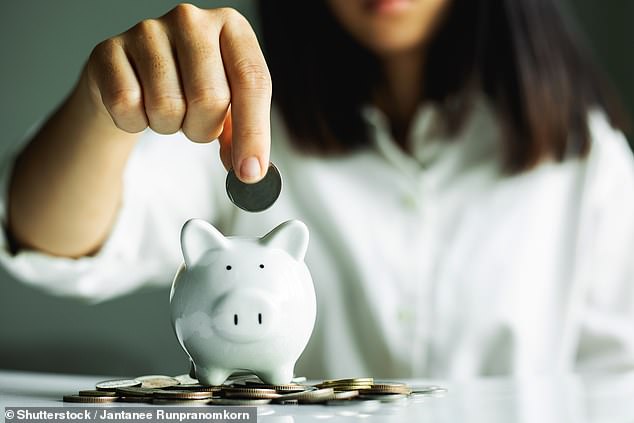 143 of Fortune’s top 500 global companies this year were Chinese, including retailer JD.com

Darius McDermott, managing director at fund scrutineer Chelsea Financial Services, says that the Chinese government’s clampdown on key business sectors represents a warning to investors about the risks of investing in Chinese equities.

He says: ‘Does the Chinese government want to totally destroy the idea of stock market investing while still having foreign investors investing in their country?

‘The answer is probably no, but recent unfriendly regulatory moves clearly represent a power play from them. Investors should take note that further intervention is possible, impacting adversely on some of China’s leading listed companies.’

Ben Yearsley, investment director at Shore Financial Planning, adds that investors should not be surprised when the Chinese government gets heavy handed.

He says: ‘China has always been an interventionist economy, so the fact the government has intervened in recent days and months should be no surprise. It is one of the clear risks of investing in Chinese equities.’

Hollands says: ‘Under Xi Jinping, China has moved in an increasingly hardline direction, and recent interventions signal the Communist regime’s desire to stamp its authority on the private sector. Investors should take heed.’

Most investment experts believe it would be foolish to ignore the Chinese market altogether.

‘Growth of the middle classes and the recent refocusing of China’s economy towards domestic consumption rather than exports are expected to be key drivers of future economic growth and the stock market in the coming years.’

However, it is important to be wary, investing only a proportion of your portfolio in Chinese stocks and picking the right sectors and companies. ‘It pays to be selective,’ says Abrdn’s Pruksa Iamthongthong, adding that investors have ‘indiscriminately sold off the broader market’, meaning there are opportunities to be had.

He says: ‘Sentiment towards China has been severely impacted in recent weeks and this has depressed company valuations, particularly in sectors like technology.

‘This clearly creates some buying opportunities for long-term investors. But it is important to be prepared for bumps in the road.’

He says that regulatory interventions should be seen as an ‘inherent risk’ and that investors should take an approach that is ‘both selective, but sufficiently diversified’.

China should only be a ‘modest component of an overall wealth portfolio,’ adds Holland.

Spread the risk with a diversified fund

Investing in Chinese shares is difficult. Due to the rules governing foreign ownership of shares, foreign investors have to buy through ‘variable interest entities’.

And as Chelsea’s McDermott warns, there would be nothing to stop the Chinese government at some stage deciding these structures are worthless.

This is the risk you have to take with China, even if you invest in investment funds. But at least a diversified fund spreads risk.

Some experts suggest that investors should avoid China-only funds and instead opt for a trust or fund that invests throughout Asia. Tilney’s top Asian fund selections include Fidelity Emerging Markets and FSSA Asia Focus.

An alternative approach is to buy a global investment fund that has limited exposure to China. For example, Scottish Mortgage, the country’s largest investment trust, has a fifth of its investments in Chinese equities – the likes of Tencent and Alibaba.

But its global investment remit means it has not been hit as hard performance wise as some Asian or China-only funds. Over the past year, it has still managed to achieve a total return for shareholders in excess of 50 per cent.

For those who prefer a pure China fund, Lipski suggests Fidelity China Special Situations. The trust, which has generated a return of 64 per cent over the past three years, has been managed by Dale Nicholls since April 2014.

Lipski adds: ‘Due to the single country focus and its bias towards small and mid-sized Chinese companies, its investment return profile is volatile, making it high-risk, and should represent no more than a satellite holding in a well-diversified portfolio.’

Chelsea’s McDermott suggests FSSA Greater China Growth, managed by Martin Lau, which he says ‘has proven its ability to perform in any market environment’.

He also likes trusts Fidelity China Special Situations and JPMorgan China Growth & Income which has taken a 27 per cent hit over the past six months – but is up 129 per cent over three years.

Investors should expect this level of price volatility to continue as China’s economic transformation marches on – despite a government intent on dictating what its biggest companies can and cannot do.