A Chinese actress has been left with second-degree burns from a cupping ‘therapy’ session gone-wrong.

Deng Sha, 34, went to a session after filming an episode of the period drama series Yanxi Palace in China, according to AsiaWire.

Rubbing alcohol that had been placed on her skin accidentally caught fire, leaving pus and oozing blisters on her back.

Sha is currently in recovery but the celebrity says she may be left with permanent scarring from the incident. 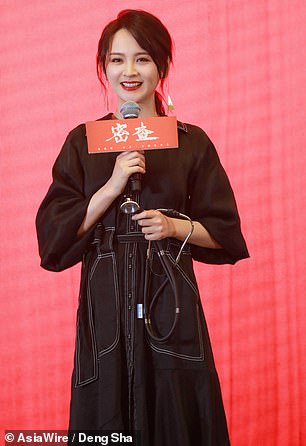 Deng Sha, 34 (left and right), went for a fire cupping session after filming an episode of her TV series Yanxi Palace. Fire cupping involves soaking a cotton ball, lighting it on fire, placing in a cup and then quickly removing it before suctioning it onto the skin 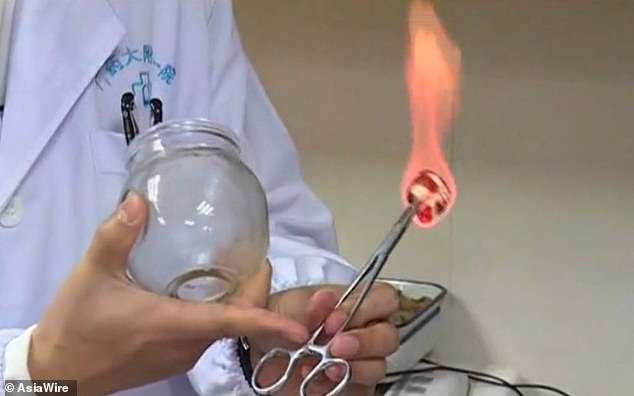 The ‘therapy’ supposedly increases blood flow and reduces pain, but it has been dismissed by doctors as pseudoscience. Pictured:  A cotton ball soaked in alcohol lit on fire for a fire cupping session

Cupping therapy is an ancient form of therapy that is practiced mainly in China and in the Middle East.

Cups, made of glass, ceramic or plastic are suctioned onto the skin, which is purported to increase blood flow and reduce pain.

In fire cupping, a cotton ball is soaked in pure alcohol and lit. It is placed into the cup and then quickly removed before the cup is placed on the skin.

The fire uses up the oxygen in the cup, which, in turn, creates a negative pressure inside the cup and causes the suction. when it’s placed against the skin.

When the cups are taken off, dark circles may be left behind due to rupture of the capillaries – small, branch-like blood vessels – under the skin.

Medical professionals have dismissed the practice as pseudoscience and have said that it creates more risk for accidents then potential benefits.

In Sha’s case, the rubbing alcohol on her skin somehow caught fire.

She was rushed to Beijing Jishuitan Hospital, where she was treated for bleeding, severe blisters and potentially infected pockets of pus . 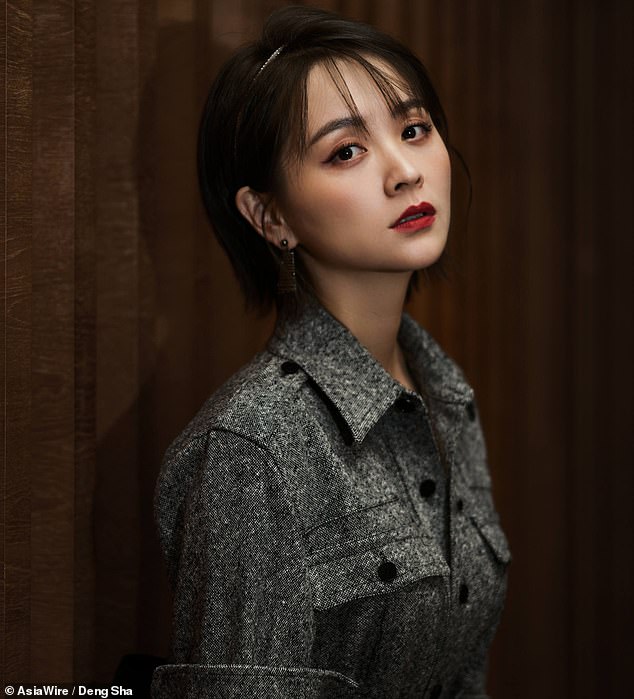 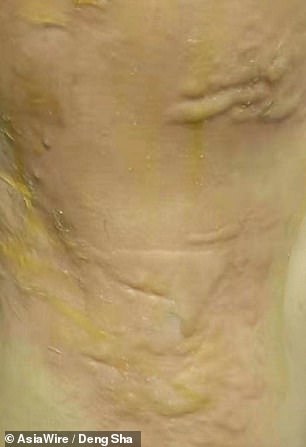 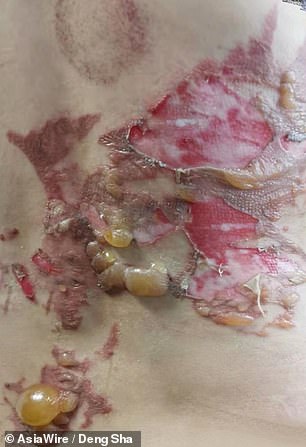 Sha suffered second-degree burns (left and right) and doctors say she may have permanent scarring on her back. However, she didn’t warn her fans against cupping, just to be careful

AsiaWire did not reveal where Sha went for cupping and what day or time the incident took place.

Sha says that she is in recovery doctors have told her she may have permanent scarring on her back.

According to AsiaWire, she did not advise her fans against fire cupping, but did suggest they take precautions such as tying up long hair and staying calm if an emergency occurs.

There have been at least two documented cases – one from 1988 and another from 2007 – of people receiving similar burns from fire cupping.