A young boy had his hand stuck in a gap at the side of an escalator after being left unattended by his cleaner father at a shopping centre in China.

CCTV footage shows the nine-year-old travelling down the moving stairs with his fingers trapped at the side.

Firefighters had to remove the plates at the bottom of the escalator to free the boy. The child did not sustain any injuries. 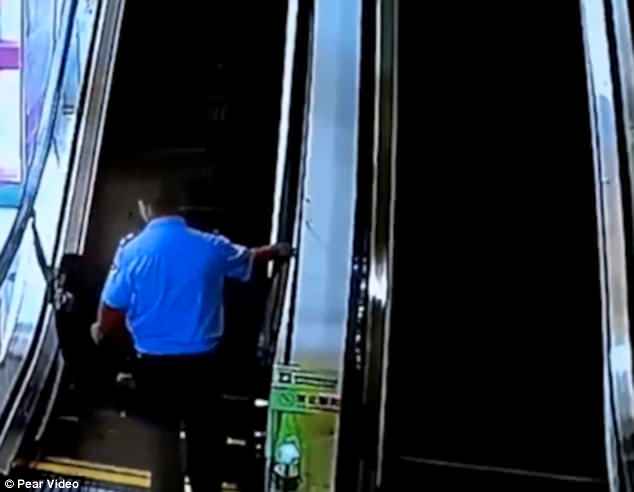 The boy was playing at a shopping mall in Heyuan city while waiting for his father, who works as a cleaner, to finish work on May 26, according to Pear Video, a Chinese video-sharing platform.

The video shows him taking an upward escalator on the first floor and nearly falling as he walks down the stairs.

Luckily, a passing-by security guard pulled him up in time and saved him.

Surveillance camera footage then showed the boy sitting on a downward escalator with his right hand trapped at the side. 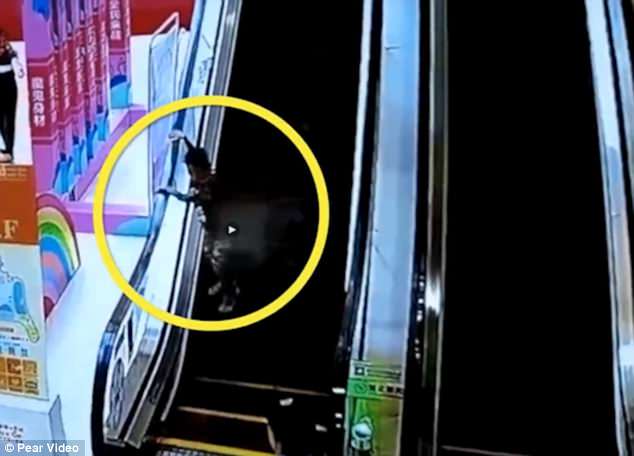 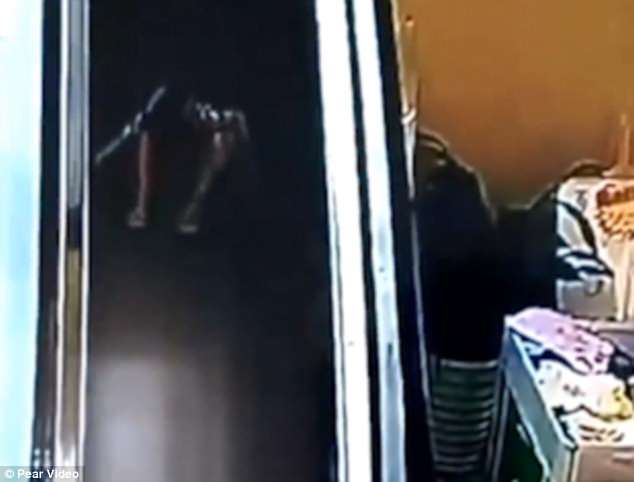 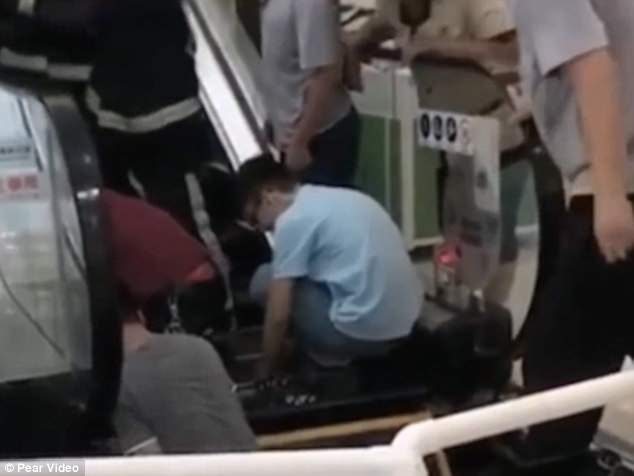 Manager of the shopping mall told Pear Video that the boy’s father is working as a contract cleaner and he had previously been told not to take his children to work.

‘Perhaps he thinks a nine-year-old child is old enough to take care of himself,’ said the manager.

Guangdong firefighters were called to the scene and removed the plates at the bottom of the escalator.

The boy was saved and did not sustain any injuries.