A Chinese engineer reveals how he grew the FIRST EVER plant on the MOON using a mini-biosphere, which kept it alive for 9 days as its roots spread out sideways instead of downwards

This week at London’s Design Museum, one of the engineers behind the historic Chang’e-4 mission to the moon gave a demonstration of the spacecraft’s ‘mini-biosphere’ where he and his team helped germinate the first seed ever on the moon.

The presentation, delivered by Xie Gengxin of Chongqing University, was part of the museum’s ‘Moving to Mars’ exhibit showcasing a range of different technologies that will allow humans to survive long term in space and on other planets.

While previous groups had grown small plants on the International Space Station, which is in orbits the Earth some 250 miles above the surface, no one had yet accomplished the feat on the moon.

A team of Chinese scientists built a mini-biosphere gardening canister (pictured above) that was used to grow the first ever plant on the surface of the moon, a cotton seed

Xie and his team devised a cylindrical garden capsule to try and bring gardening deeper into outer space.

The capsule stood around 8 inches tall with a 6.5 inch diameter and had a rectangular seed bed that was loaded with cotton, potato, rape seeds, a variety of weed called Arabidopsis, and fruit fly eggs.

A pipe was built into the top of the capsule to let sunlight in, and an irrigation system allowed the team to keep the seeds watered at regular intervals.

The atmospheric pressure inside the cylinder matched that on Earth, and they used special cooling equipment to keep the internal temperature around 98°farenheit. (External temperatures on the moon could reach highs of 260°farenheit.)

The team used two built-in cameras to photograph the seeds progress every 10 hours and track their development. 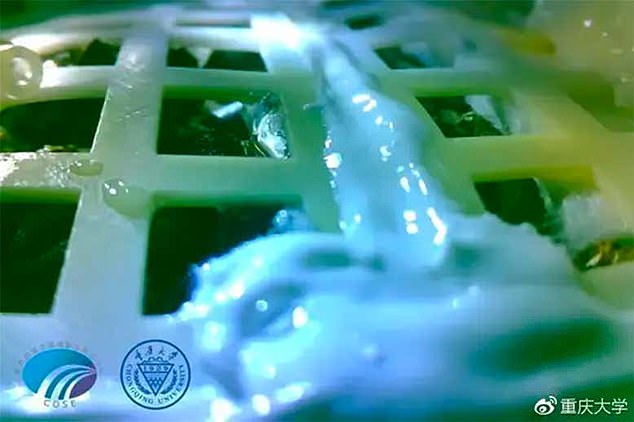 The canister featured a rectangular seed bed with a plastic grid, a remote irrigation system, and special pipe for sunlight 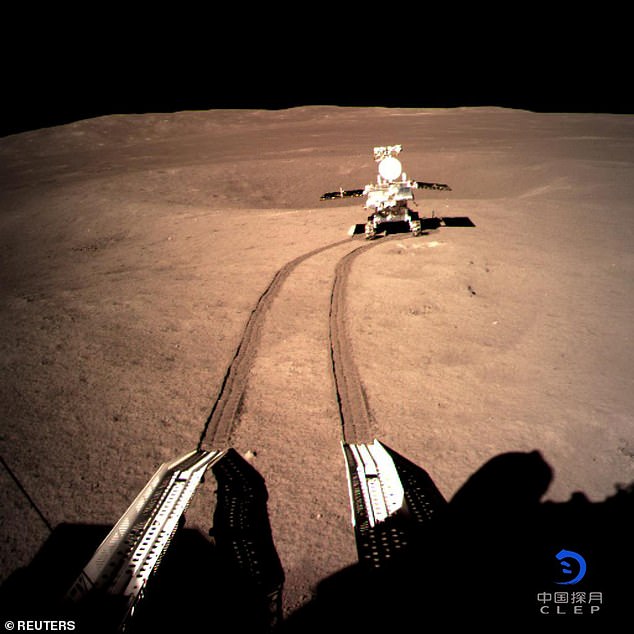 The Chang’e-4 lunar lander (pictured above) was used to house the mini-biosphere canister, which kept the sprouted cotton seed alive for nine days, during which it grew two leaves and its roots spread out sideways instead of downard 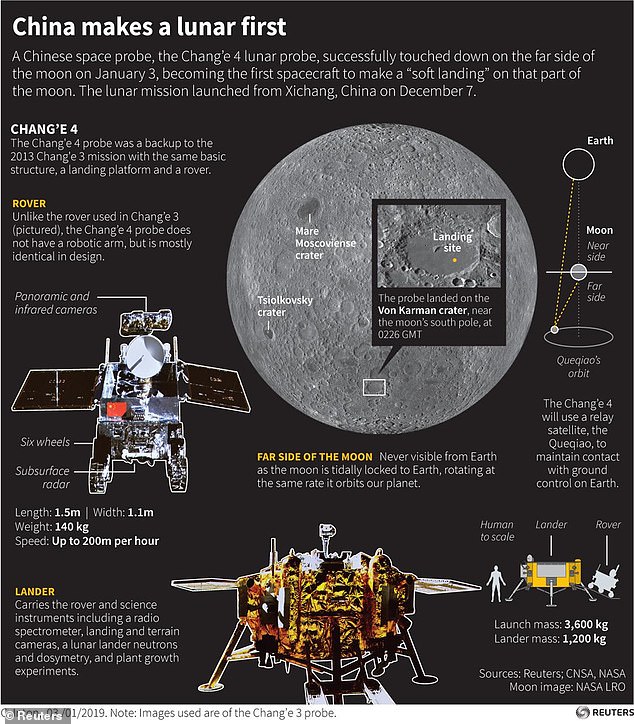 Xie Gengxin, an engineer from Chongqing University, was part of the Chang’e-4 team and helped design the mini-biosphere canister, part of a larger research mission on the lunar surface

Their history-making moment came after a few days, when the cotton seed sprouted two leaves and, strangely, its roots grew out sideways rather than straight down.

The team was able to keep the plant alive for nine Earth days, or about 1/3 of a ‘moon day,’ before they eventually let it die as night fell. (A full day on the moon lasts the equivalent of 29 Earth days.)

On the moon, nighttime temperatures can go as low as -279°farenheit.

The team was thrilled by the accomplishment, both because of its logistical significance and its potential to lend emotional comfort to travelers who might eventually grow homesick in space.

‘If astronauts or space tourists can breathe oxygen generated by plants and see living, green things in space, it’s sure to raise their spirits,’ Xie told New Scientist.

WHICH PLANTS HAVE BEEN GROWN UP ON THE ISS TO DATE?

Plants grown on the International Space Station so far include: