A four-legged, canine-like robot has been introduced to the mass market by a robotics company in China.

Previously, US-based Boston Dynamics had developed two dog-like robots, called ‘Big Dog’ and ‘Spot’, but this is the first time such technology has been made available to the general public, according to the creator of ‘Laikago’. 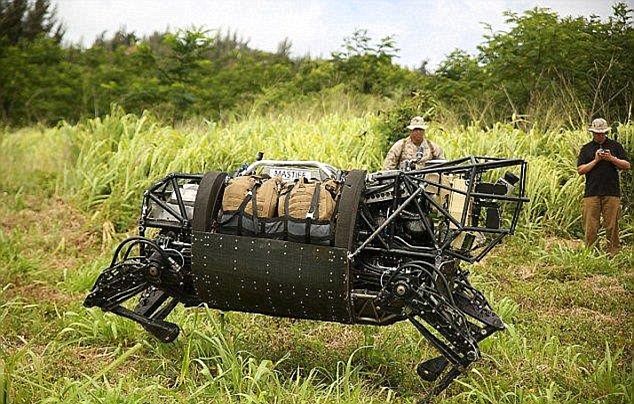 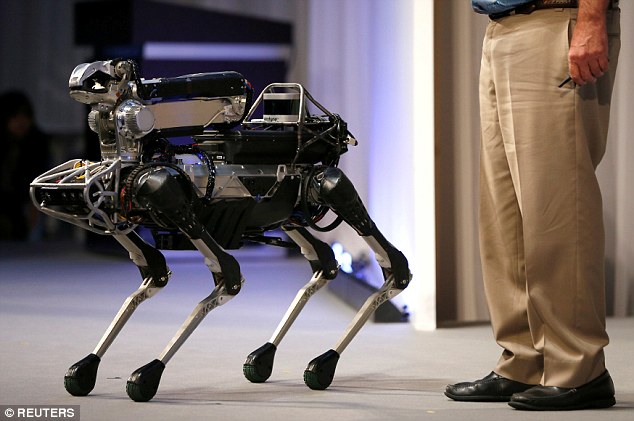 Boston Dynamics has also released ‘Spot’, a complex machine that can walk and trot on four legs like a dog. Pictured, ‘Spot’ was presented at SoftBank World 2017 conference in July

Unitree Robotics unveiled the company’s ‘Laikago’, or ‘Laika Dog’, on October 16 after having spent one year creating the machine.

Boston Dynamics makes a variety of robots, including machines that mimic humans and animals.

The firm first hit headlines with Cujo, also known as ‘Big Dog’, which took two million dollars (£1.6 million) and four years to create and was first tested out by the US marines.

Their products also include Big Dog’s little brother Spot, a complex machine that can walk and trot on four legs like a dog.

The small firm is led by 27-year-old Wang Xingxing, who has had a great interest in robots since childhood.

Mr Wang told MailOnline that it had been his dream to make such a product for the mass market.

‘Laikago’ is named after Laika, the first-ever animal that was launched into orbit in 1957. Mr Wang said he and his team liked the scientific significance Laika bore, so they decided to give the name to their own invention.

It weighs 22 kilograms (48.5 pounds) and can run for two to three hours after it’s fully charged. 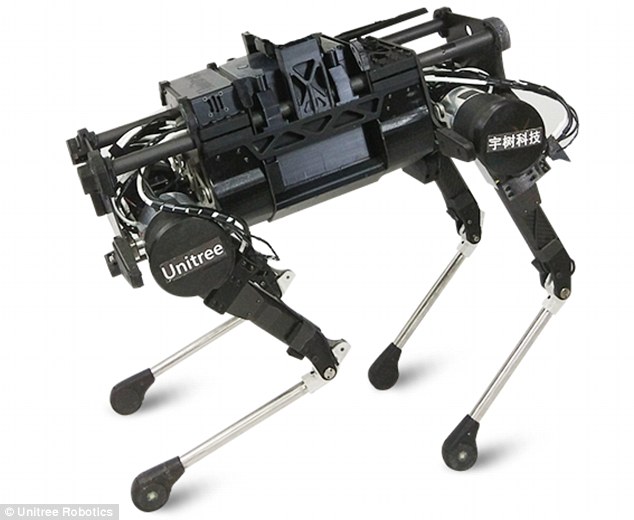 Different from ‘Big Dog’ or ‘Spot’, ‘Laikago’ has been introduced to the mass market and would be priced at around $25,000. Its creator Wang Xingxing aims to deliver first orders next year 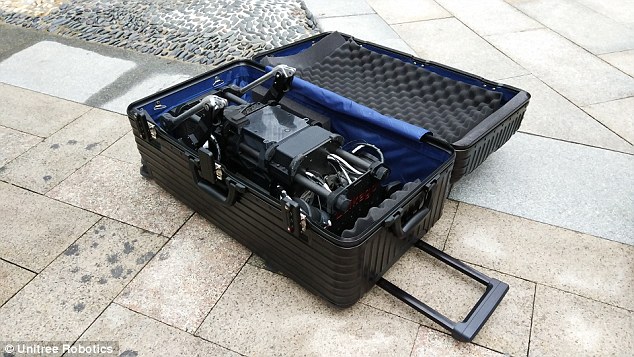 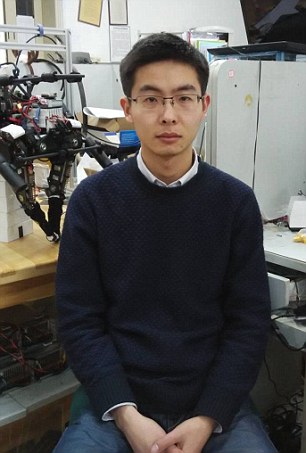 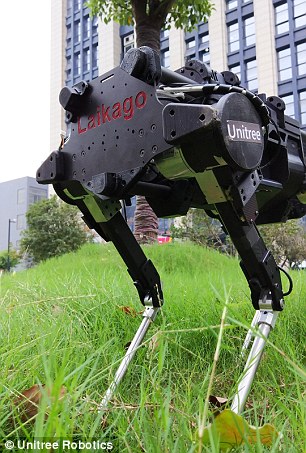 Wang Xingxing (left), the engineer behind ‘Laikago’ (right), said the robot was a follow-up project to ‘Xdog’, a four-legged machine he created at university in 2014

The robot, which could be activated with just one button, can climb slopes up to 20 degrees and pull an adult man sitting on a suitcase.

After images and footage of ‘Laikago’ was released, some people have pointed out that the robot resembles the ‘Big Dog’ and ‘Spot’ developed by Boston Dynamics in appearance.

In response, Wang Xingxing said that ‘Laikago’ was a follow-up project to ‘Xdog’, a four-legged robot he created at university in 2014.

Mr Wang said both robots used an electric drive system which had been invented before Boston Dynamics released its electrically-driven versions. 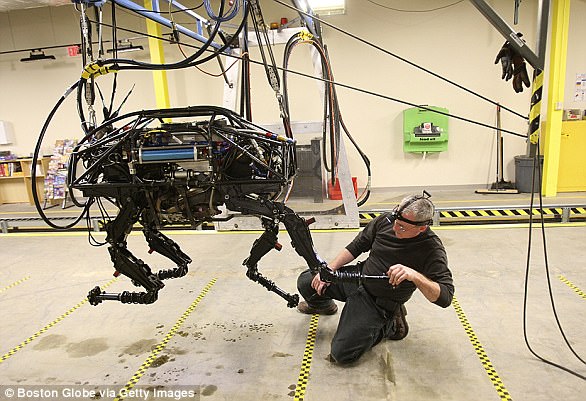 A ‘Big Dog’ robot is being built at Boston Dynamics. The machine can help soldiers carry heavy equipment in the field and walking across wet, sandy and rocky terrain

It took two million dollars (£1.6 million) and four years to create and was tested out by the US marines.

It is one of a series of dog-like robots created by the company.

It can walk and run over rugged terrain, following a soldier while carrying their kit and weapons.

The controls are simple to learn and have joysticks and one recruit said using it ‘feels like playing Call of Duty.’

The young engineer also said that none of the components in ‘Laikago’ was the same as those in ‘Big Dog’.

Unitree Robotics has received orders for ‘Laikago’ from various clients, including universities and research labs.

Most clients wish to buy ‘Laikago’ for research purpose.

Mr Wang and his team are aiming to deliver the orders by next year. 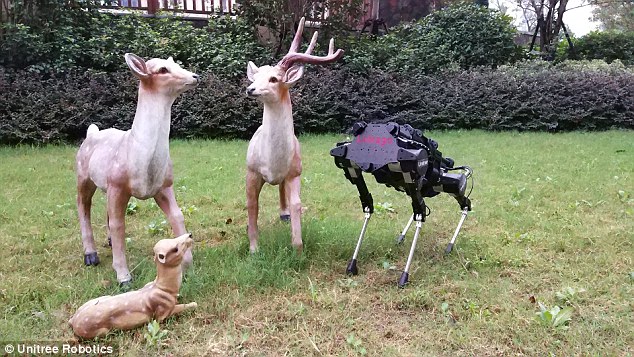 ‘Laikago’ is named after Laika, the first-ever animal that was launched into orbit in 1957 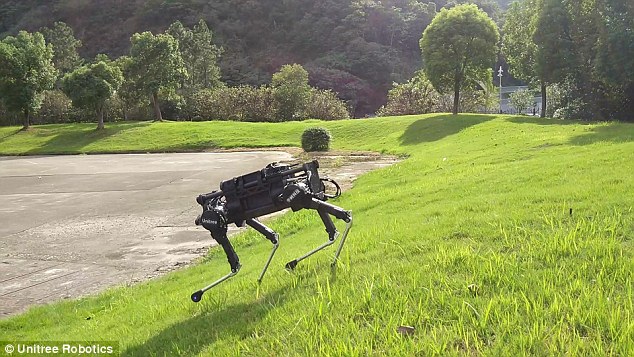 It weighs 22 kilograms (48.5 pounds) and can run for two to three hours when it’s fully charged