A Chinese food street which sells scorpions, centipedes and other fried insects has reopened after closing for 70 days due to the coronavirus outbreak.

But what it’s most famous for seems to be its ‘insect feast’. Stalls treat intrepid diners with all sorts of cooked bugs, from spiders to silkworms. 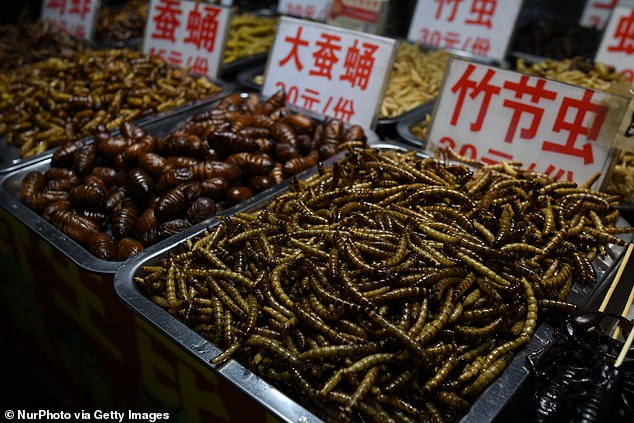 Daredevil diners can find a variety of insects there, including grasshoppers, crickets, water beetles, spiders, silkworms or stick insects, among others. In the above file photo, bugs are being sold on the Zhongshan Road food street in Nanning, China, on October 19 last year 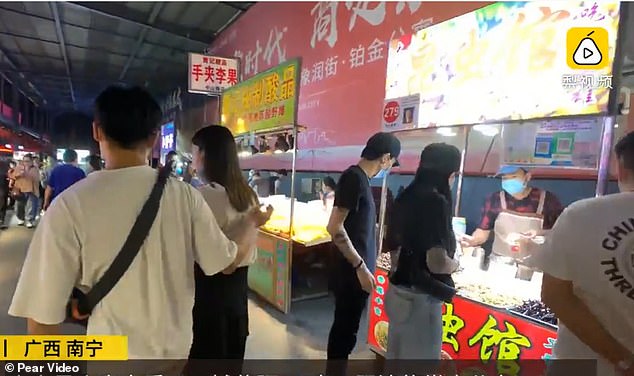 Situated in the provincial capital of Guangxi, the Zhongshan Road food street closed temporarily at the end of January in the wake of the coronavirus pandemic, which started 1,350 kilometres (838 miles) away in Wuhan.

It reopened earlier this month after the number of daily infections dropped sharply across the country.

The food street, a major tourist attraction for the city, opens every day from around 6pm to the wee hours.

Once packed with visitors throughout the week, it now allows in a maximum of 3,000 people – one-tenth of its previous foot traffic – at any one time to prevent the virus from spreading. 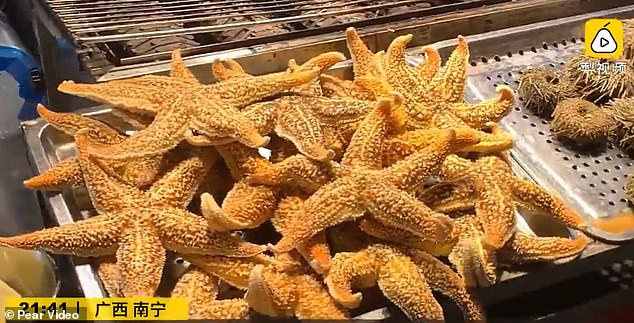 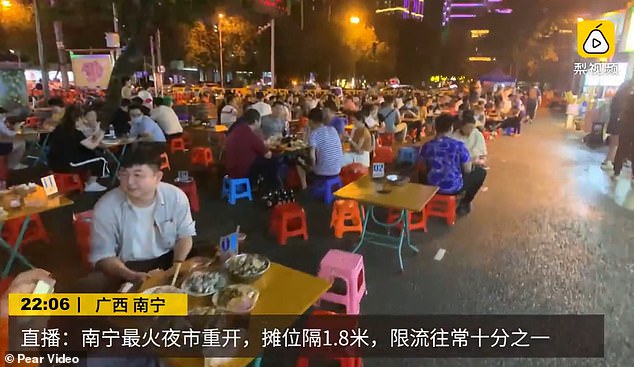 No more than 3,000 people are allowed to eat and browse on the food street at the same time to prevent the spread of the novel coronavirus after the market resumed business on April 10 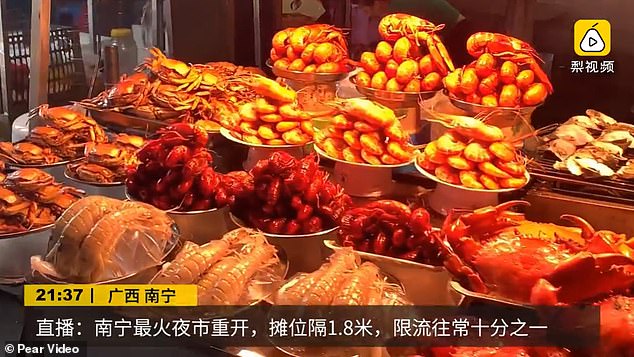 Apart from insects, vendors offer a wide selection of dishes, including seafood and desserts

Vendors also have to take it in turns to run their stalls and restaurants to keep social distancing. The management has divided all businesses into two groups. Each group is allowed to operate for one week before the other takes over, according to Xinhua.

Visitors must use an official health app to show they are ‘healthy’ and have their temperature measured before entering the street. They must also wear face masks while browsing.

One hawker confesses that her customer volume has shrunk by half at least while another says she has to cut short opening hours due to a decline in business. 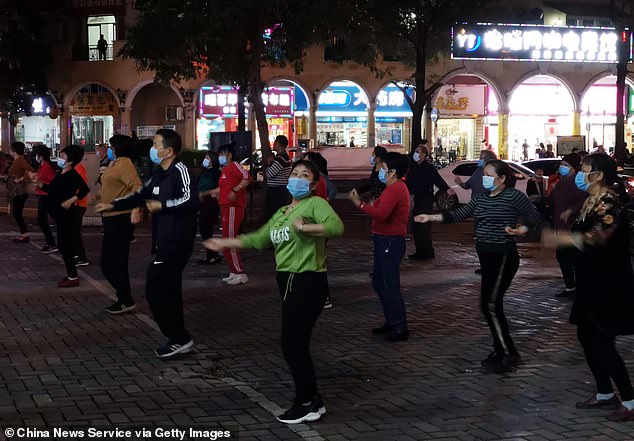 The food street is situated in Nanning, the provincial capital of Guangxi in southern China. Pictured, residents donning face masks exercise on a square in Nanning on April 23

The video shows one stall offering deep-fried ‘salty and peppery’ insects. Diners can pay 15-30 yuan (£1.7-3.4) to gorge on a portion of grasshoppers, crickets, water beetles, spiders, silkworms or stick insects, among others.

Some Chinese people believe that insects are nutritious snacks because of their protein.

Other exotic food items in the market include grilled sea stars and urchins.

The Chinese government has temporarily banned the trading and eating of wild animal meat, a practice believed to have caused the pandemic.

The consumption of insects, which is also observed in various other countries in Asia, is still permitted in China.