Chinese intelligence officers and hackers working for them have been charged with commercial espionage that included trying to steal information on commercial jet engines, federal prosecutors said Tuesday.

The indictments named two officers working for the Nanjing-based foreign intelligence arm of China’s Ministry of State Security and six other defendants who allegedly conspired from 2010 to 2015 to steal sensitive turbofan engine technology used in commercial aviation.

The hackers used spear phishing to deploy malware and other means to intrude into a French aerospace company that was developing the engines with a U.S. company, prosecutors said.

The first alleged hack began in January 2010, with the infiltration of Capstone Turbine (pictured) , an LA gas turbine manufacturer, in order to steal data and use the company’s website to compromise others

The suspects also hacked into aerospace companies in Massachusetts, Oregon and Arizona that manufactured engine parts.

A Chinese state-owned aerospace company was working at the time to develop a similar type of engine for use in commercial aircraft.

‘This action is yet another example of criminal efforts by the (Ministry of State Security) to facilitate the theft of private data for China’s commercial gain,’ U.S. Attorney Adam Braverman said in a statement.

‘The concerted effort to steal, rather than simply purchase, commercially available products should offend every company that invests talent, energy, and shareholder money into the development of products.’ 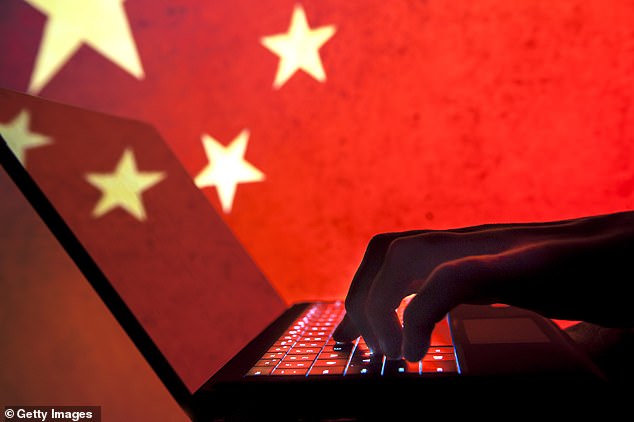 U.S. prosecutors charged Chinese hackers with attempting to steal information from U.S. companies that build parts for turbofan engines in order to build their own version

The Justice Department in recent years has brought similar prosecutions against Chinese military or government officials accused of hacking into American corporations to steal secrets and prosecutors vowed to redouble those efforts.

In 2014, for instance, the department announced an indictment against five military officers accused of breaking into the computer systems of big-name makers of nuclear and solar technology and stealing confidential business information, sensitive trade secrets and internal communications for competitive advantage.

Earlier this month, an accused Chinese spy, was charged with attempting to steal secrets from several American aviation and aerospace companies and extradited to the U.S. Federal authorities said it was the first time that a Chinese Ministry of State Security intelligence officer had been extradited to the United States for trial.

None of the eight defendants named in the indictment unsealed Tuesday in San Diego federal court were in custody and the U.S. doesn’t have an extradition treaty with China.

Prosecutors said the hackers had tried to infiltrate 13 companies, including two aerospace based in the United Kingdom.

The indictment only named one of the companies targeted, saying the first alleged hack in January 2010 aimed at stealing data from Los Angeles-based Capstone Turbine, a gas turbine manufacturer.