A man in China has been executed for killing nine schoolchildren and wounding a dozen others in a stabbing spree, according to a court.

Zhao was convicted of intentional homicide and sentenced to death in July by the Yulin Intermediate Court in Shaanxi Province.

The news came less than a week after a nanny convicted of arson was executed in east China’s Hangzhou; and three months after two drug dealers were sentenced to death in front of hundreds of people in south China’s Haikou before being put to death immediately.

Zhao Zewei (pictured) was sentenced to death in July by the Yulin Intermediate Court in China after killing nine pupils in a knife attack in April. The above picture was released by the court 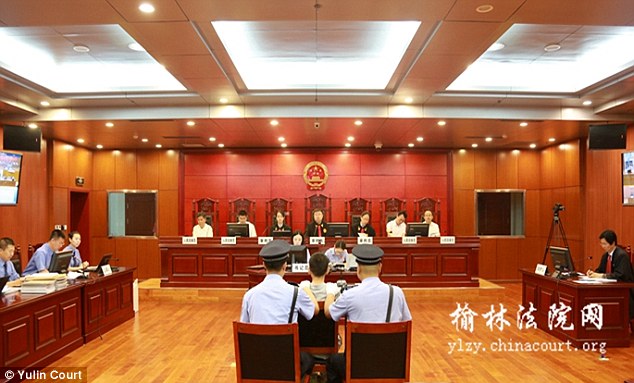 According to China’s Xinhua News Agency, Zhao was executed by shooting.

In a statement issued by Yulin Intermediate Court today, Zhao was executed in the morning on an execution ground in Mizhi County.

The court said Zhao had not appealed against the death sentence.

It also said the death sentence had been reviewed and approved by the Shaanxi High People’s Court and the Supreme Court of China.

In July during the sentencing, the Yulin Intermediate Court described Zhao’s attack as an act of revenge.

It said Zhao, who was unemployed, used to study at the school and he thought he was laughed at by his classmates at the time. Therefore, he held a grudge and plotted the assault. 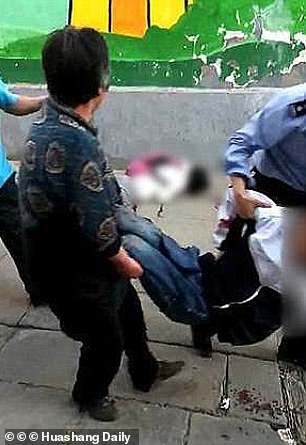 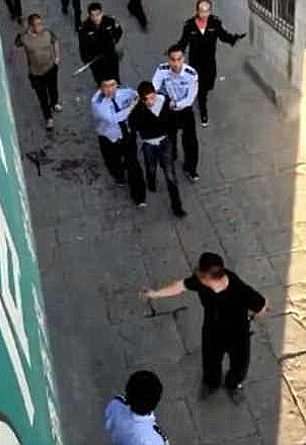 A group of pupils were attacked on April 27, among whom nine died and four were seriously injured. Pictures show onlookers carrying injured pupils (left) and Zhao being captured (right) 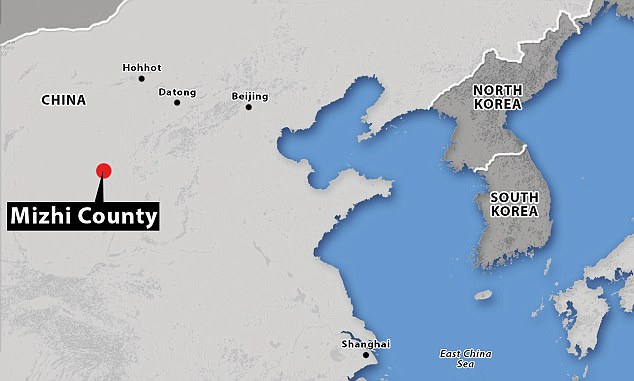 The court said Zhao was frustrated with work and life before the attack.

Initially, he planned to attack his former classmates, however he failed to find them. As a result, Zhao decided to attack the school’s current pupils.

Zhao bought five knives through the internet in March and April.

On April 27 at around 5pm, he carried three knives and headed to Beimendong in Mizhi to wait for the pupils to finish school.

At 6.14pm, Zhao ran towards the students and started stabbing them with his weapons.

The court found Zhao’s motives ‘despicable’ and his means of killing ‘particularly cruel’.

China has executed a number of high-profile criminals this year. 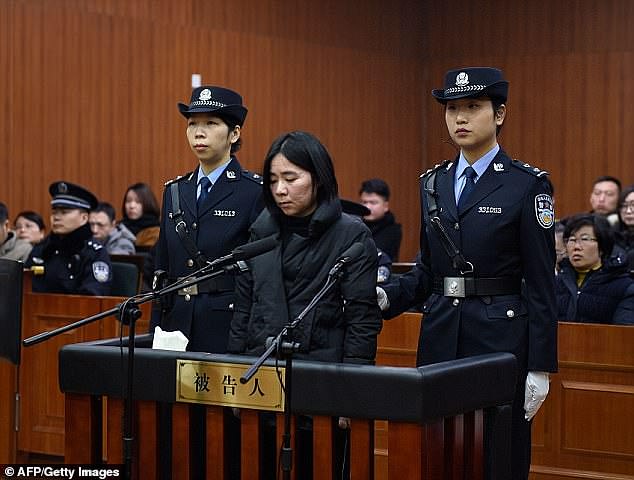 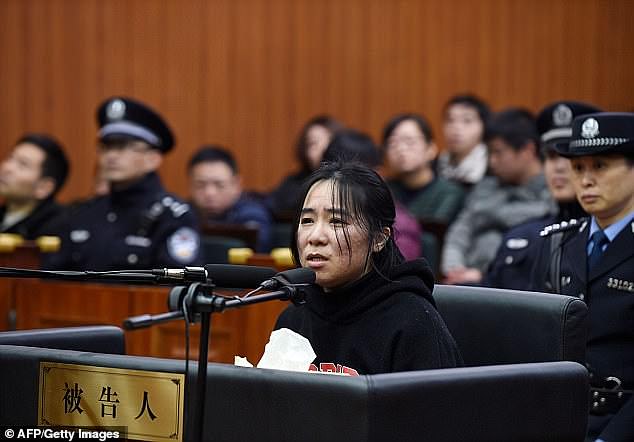 Mo deliberately set her employer’s flat on fire last year, causing the family of four to be killed

Less than a week ago, a nanny in Hangzhou was executed for deliberately setting her employer’s flat on fire, which killed the family of four.

Mo Huanjing (莫焕晶), 35, was sentenced to death in February this year after being convicted of arson and theft by the Hangzhou Intermediate People’s Court in east China’s Zhejiang Province.

In June, a court in Haikou sentenced two drug dealers to death in front of hundreds of people. The two criminals received the verdict on a sports ground before being put to execution immediately.

Many of the spectators were young students who were organised to watch the public sentencing by their school in an attempt to warn them against committing crimes, especially drug trafficking.