Chinese man escapes death after a billboard fell from roof

A man in China narrowly missed being hit by a huge billboard after it was blown from a rooftop and landed inches from him.

The man was about to get into his car when the billboard landed on top of the vehicle. 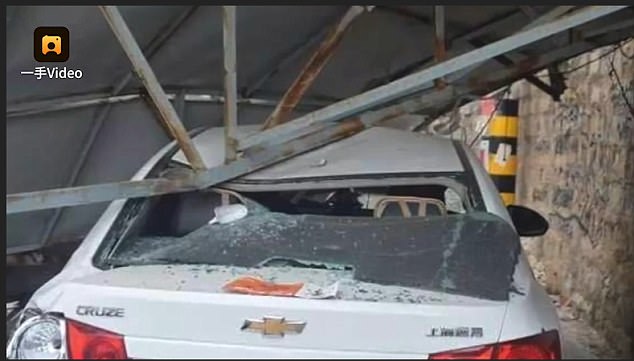 In the footage posted to Pear Video, the man can be seen walking to his vehicle on the side of the road.

All of a sudden, the man can be seen trying to run away from something. 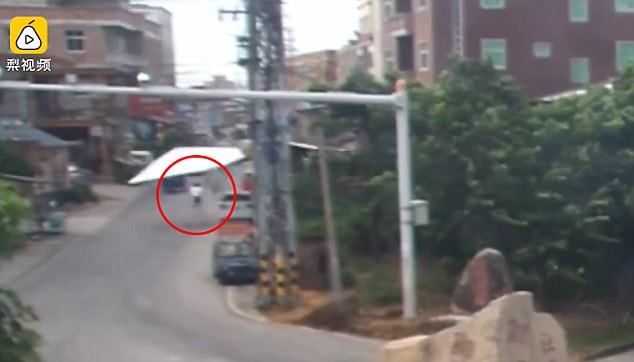 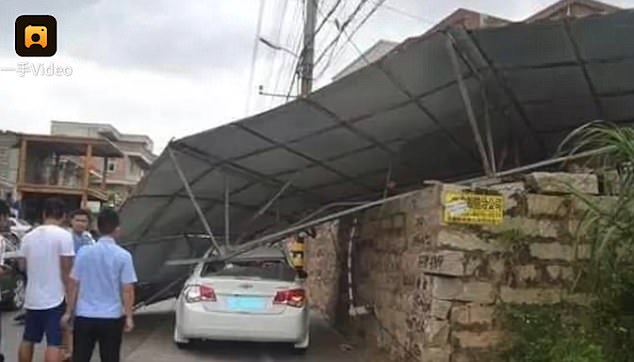 According to reports, the advertising board had been blown from a roof of a building

The billboard then comes into shot and falls towards the ground, landing on top of the man’s car.

The billboard misses him by inches.

He was unhurt in the incident but the car was damaged.

According to reports, the advertising board had been blown from a roof of an apartment building.