A Chinese mother and her young son were nearly crushed to death when a sliding iron gate toppled and almost fell on them.

Security camera footage shows the mother closing the gate and walking with her toddler son in the street.

They managed to walk away unhurt as the heavy gate fell off seconds later and hit on a car boot. 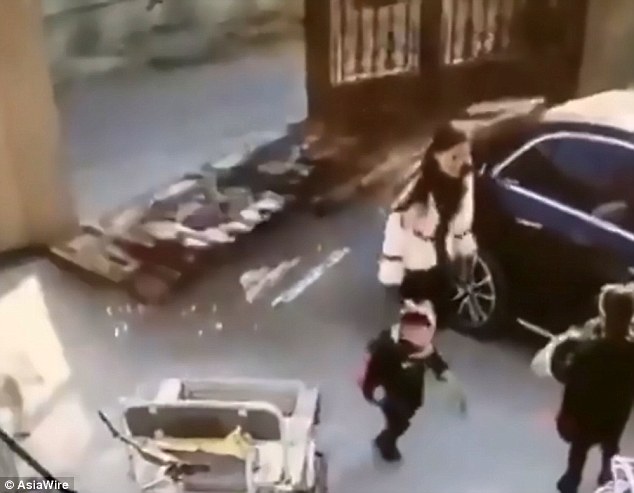 The clip, appeared to be taken at a Chinese city, was posted on video-sharing platform, Youku, since the incident happened on March 9.

One side of the sliding gate suddenly collapsed soon after the unnamed mother pulled to close it.

She turned back and walked with her son slowly without realising the gate was falling towards them.

It hit on the boot of a black car that parked in front of the gate and alerted the mother.

She looked back and saw the gate hit collapsed just inches away behind.

The mother and the son remained unhurt. 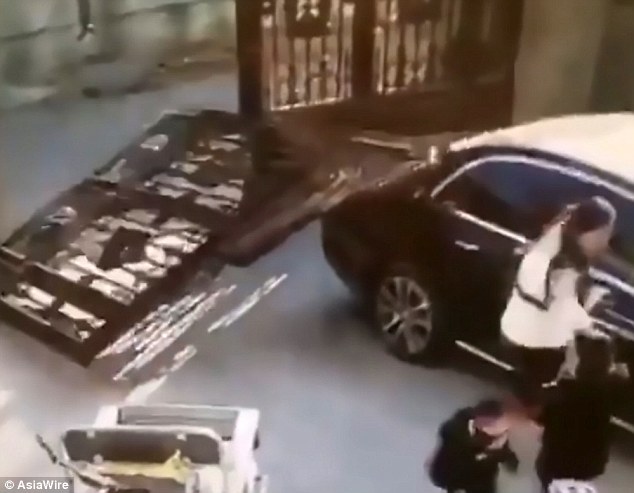 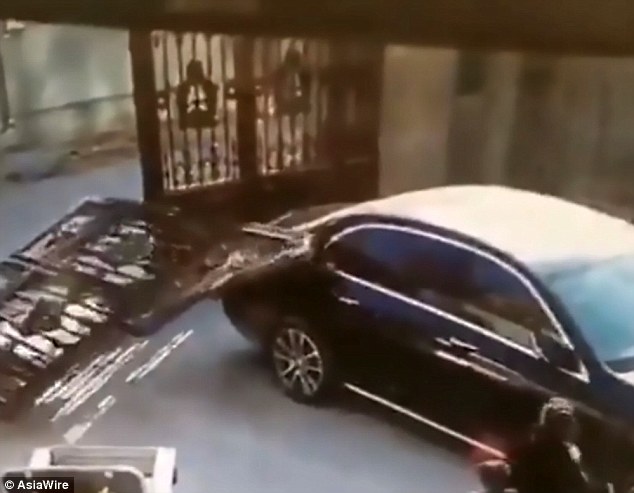