Chinese retailer Alibaba could wipe out stores such as Bunnings in Australia after becoming the fastest-growing retailer in the country, millionaire businessman Dick Smith claims.

The founder of Dick Smith electronics claims that while he expects the Chinese giant to be hugely successful, it’s rise will be bad news for Australian-owned retailers, including the popular hardware chain.

Smith said the reason why the rise of online-only stores such as Alibaba was dangerous for Bunnings is customers would go into their stores to physically check out the products they wanted – before ordering the goods from Alibaba.

He said that – much like Amazon – Alibaba would be following a particular formula for launching a business in a country like Australia that has a minimum wage.

‘How do they get around it? They virtually don’t employ anyone, they automate everything. That’s where they are brilliant in their endless greed,’ he said.

‘Unless Bunnings very quickly moves into hardly having any staff, I can’t see how they can compete.’

Smith calls the trend of the rise of online stores such as Alibaba to be ‘Modern Extreme Global Capitalism’ – and he fears for Australia’s economic stability if they are allowed to continue unchecked.

‘It will be a good thing for the owners of Alibaba, the money they are going to take out of Australia will be staggering,’ he said.

James Hudson, Alibaba’s head of marketing in Australia, told News.com that when you look at retail experiences ‘it’s pretty clear China is a long way ahead of Australia’.

Founded by Chinese entrepreneur Jack Ma in 1999, Alibaba has already launched a car vending machine in partnership with Ford that allows potential buyers to test-drive a selection of cars before making a purchase. 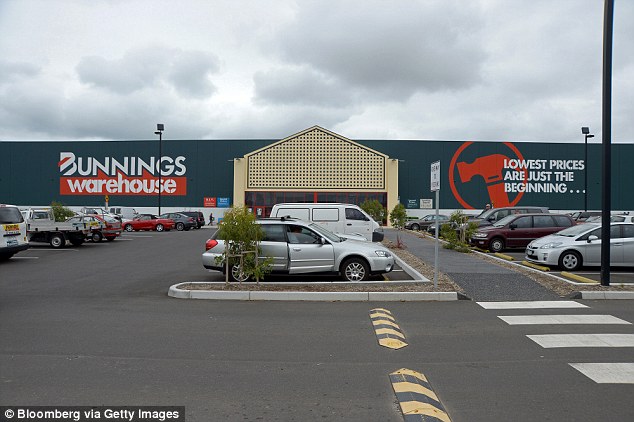 It’s also providing a cash-free shopping experience to Chinese customers with its range of Hema supermarkets that deliver shoppers’ items back to their home within 30 minutes – all at the tap of an app.

‘Magic mirrors’ are Alibaba’s latest invention which allows customers to test out make up in-store without actually applying the product to skin.

Alibaba has dubbed this merging of online and offline worlds as ‘new retail’, and Hudson said it is a seamless and exciting experience for customers.

‘Online is not replacing offline. Those two experiences are complementary so some consumers will want to see a pair of jeans, to taste something, to have that sensual experience,’ he said. 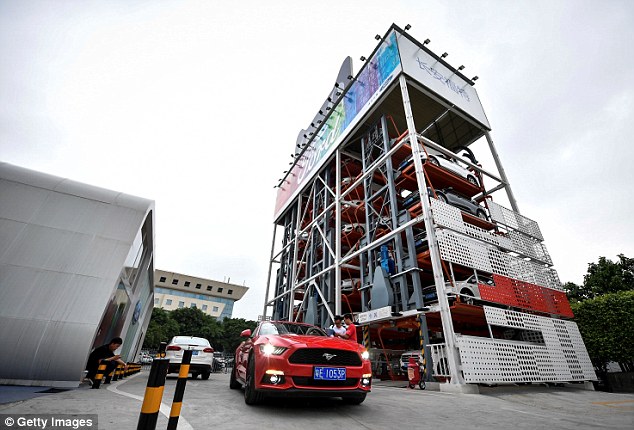 Alibaba has launched a car vending machine to test drive vehicles, in partnership with Ford

‘Our focus is on following customers and helping them use method of choice in these markets.’

But not everyone sees the growth of Alibaba in Australia as a threat.

Dominique Lamb from the National Retail Association told Daily Mail Australia that the prominence of Alibaba will be an opportunity for existing retailers to up their game.

‘It brings some opportunity for other retailers. They can work with Alibaba and they will attempt to do so,’ she said.

‘Alibaba have made a huge investment in technology – they’ve spent billions on fast delivery worldwide – which is of interest to Australian retailers as they’re always in pursuit of that seamless delivery for customers.’ 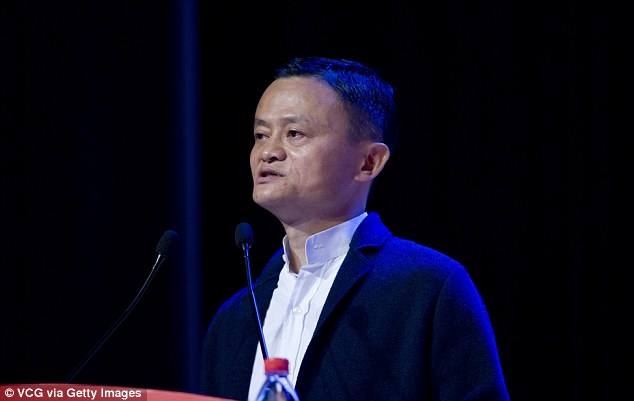 Alibaba (CEO Jack Ma, pictured) has made a huge investment in delivery technology 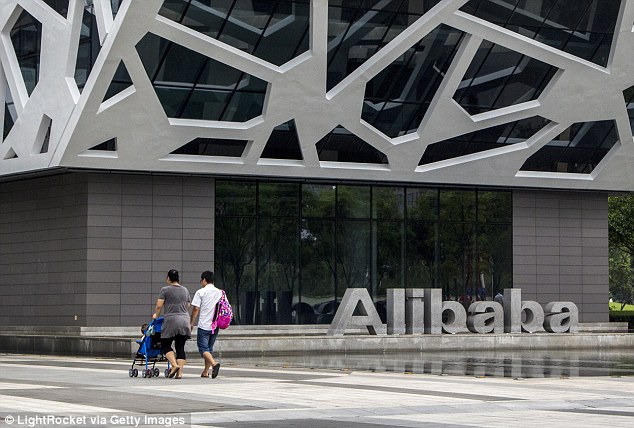 Not a threat to all: The NRA said Alibaba’s success would be an opportunity for retailers