By Sophie Tanno For Mailonline and Reuters

TikTok is planning to build its first European data centre in Ireland as part of a £375 million investment.

Until now, the popular video sharing site has stored all of its user data in US, with a back-up copy in Singapore.

It comes after the company has reportedly set its sights on opening a London HQ in a move approved by ministers.

The move highlights Chinese-owned TikTok’s efforts to remain active outside of the U.S. amid threats of a ban on the app by President Donald Trump. Trump has threatened to ban the app in the U.S. on national security grounds.

TIkTok’s parent company ByteDance, which is headquartered in Beijing, announced that it has singled out Ireland as the location for its third data centre, meaning information on British and European users would be hosted on Irish servers.

‘This is an important symbol of our commitment to the long term in Europe and it shows the importance of Ireland for us,’ said Theo Bertram, TikTok’s director of public policy in Europe.

‘You can look in Europe and see that there are concerns about data transfer [to the US], I think one could perceive a gradual movement towards how that might shake out over time and this will give our users more confidence in Europe to know its on European servers,’ Mr Bertram told The Times newspaper.

TikTok is the first Chinese app to have become an international hit and has 100 million users in the U.S. alone. 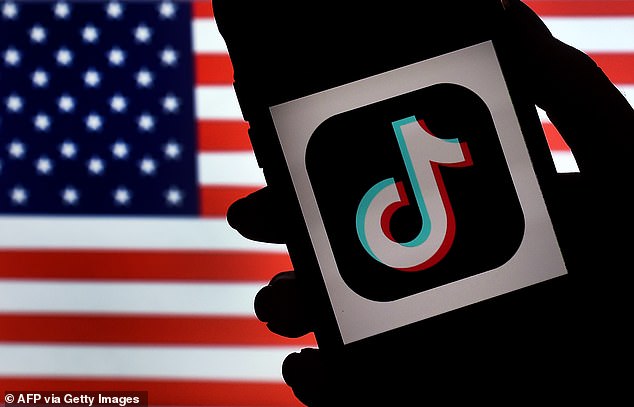 TikTok has come under fire from U.S. lawmakers and the administration over national security concerns as months-long tensions between Washington and Beijing intensified.

U.S. Secretary of State Mike Pompeo said on Wednesday: ‘With parent companies based in China, apps like Tiktok, WeChat and others are significant threats to personal data of American citizens, not to mention tools for CCP (Chinese Communist Party) content censorship.’

TikTok currently faces a deadline of September 15 to either sell its U.S. operations to Microsoft Corp or face an outright ban. 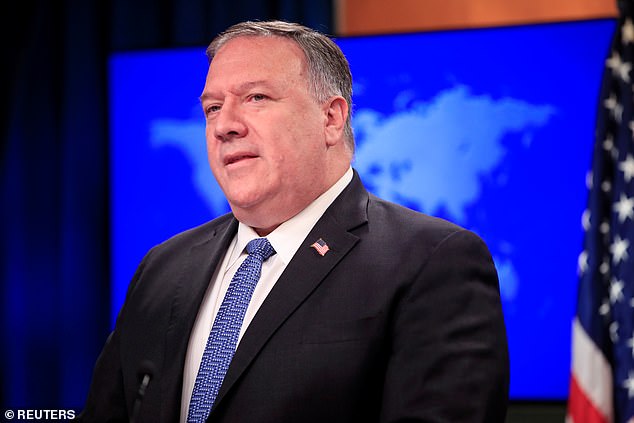 U.S.-China ties are at the lowest ebb in decades with relations strained over the global coronavirus pandemic, China’s military buildup in the South China Sea, its treatment of Uighur Muslims and Beijing’s massive trade surpluses

Pompeo also said the United States was working to prevent Huawei Technologies Co Ltd from pre-installing or making available for download the most popular U.S. apps while protecting the sensitive information of U.S. businesses, including COVID-19 vaccine research, from being accessed via cloud-based systems run by companies including Alibaba and Baidu.