A fearless activist provoked a furious reaction at a Sydney shopping centre after carrying a crude sign which read ‘F*** Xi Jinping’ through a busy Asian market.

Drew Pavlou, 20, enraged an angry mob with the obscene message to the Chinese  President at Eastwood in Sydney’s north-west.

As he and a friend were circled by a gang of locals screaming abuse at them, the stunt threatened to spiral out of control, and Pavlou had to be protected by police.

At one stage one of the locals grappled with Mr Pavlou’s sidekick, who was filming the tense showdown, with the stand-off caught on camera by another bystander.

A political activist caused a huge stir at a Sydney shopping centre on Saturday after carrying a sign which read ‘F*** Xi Jinping’ (pictured, stunned locals in Eastwood vent their anger towards Drew Pavlou)

Eastwood has one of the highest Chinese populations in Sydney, and Mr Pavlou’s provocative action caused an incendiary reaction.

It only took seconds for many stunned shoppers and stallholders to vent their fury at him over the sign.

Mr Pavlou posted footage of the clash on Facebook showing him surrounded by angry stallholders at the Asian market, yelling abuse at him.

Another punches the sign and tells him: ‘America has genocide, not Xi Jinping.’

And several women call the man a coward and tell him to ‘f*** off’ as he stands in the street with his hands behind his back in the face of the abuse.

He tells the crowd he’s not a coward and has not threatened anyone, and invites them to hit him while his hands are behind his back.

Police eventually restored calm after they intervened to keep the sides apart. 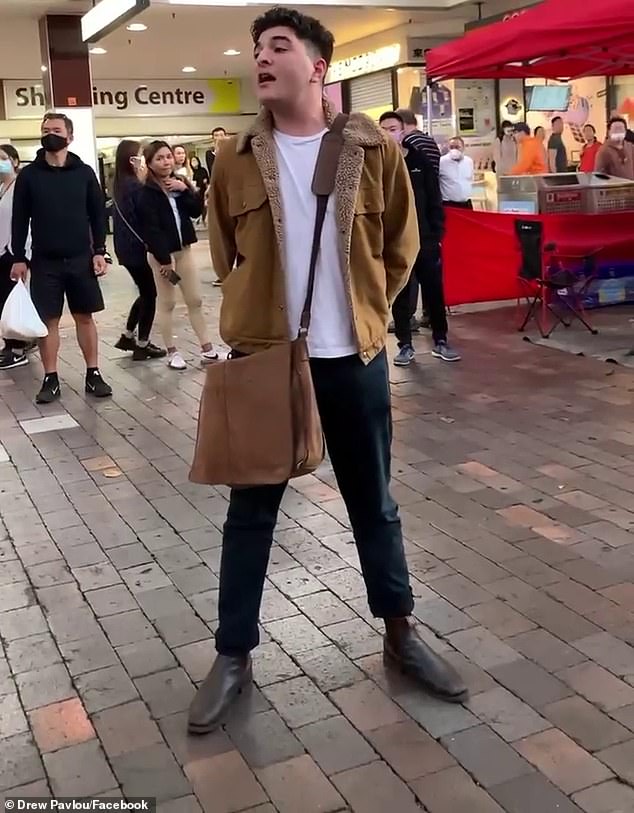 Drew Pavlou later defended his conduct on Facebook, stating ‘Australia is a democracy and we should be free to insult any leader no matter how coarsely’

‘My point is a simple one – I should be able to insult a dictator like Xi Jinping in my own country without being physically assaulted and attacked,’ Mr Pavlou posted on Facebook.

‘Australia is a democracy and we should be free to insult any leader no matter how coarsely – this is a simple principle of free speech.

‘No way would I have been surrounded by 50 people and physically assaulted if I held up a sign saying ‘F*** Scott Morrison’ in Sydney.

‘Why should Chinese ultra-nationalists get a free pass to assault people in Australia if someone insults Xi Jinping?’

Mr Pavlou was widely lauded by his followers on social media, who acknowledged his public conduct was dangerous, but felt it sent a strong message.

‘Stay safe, Drew! This is typical barbaric behaviour by Chinese Communist Party supporters. Hope they all get deported so they can enjoy their ‘freedom’ under Xi’s rule,’ one said.

Another stated ‘that’s why people can’t and don’t like CCP supporters. How can we allow dictatorship to spread their voice in our country? 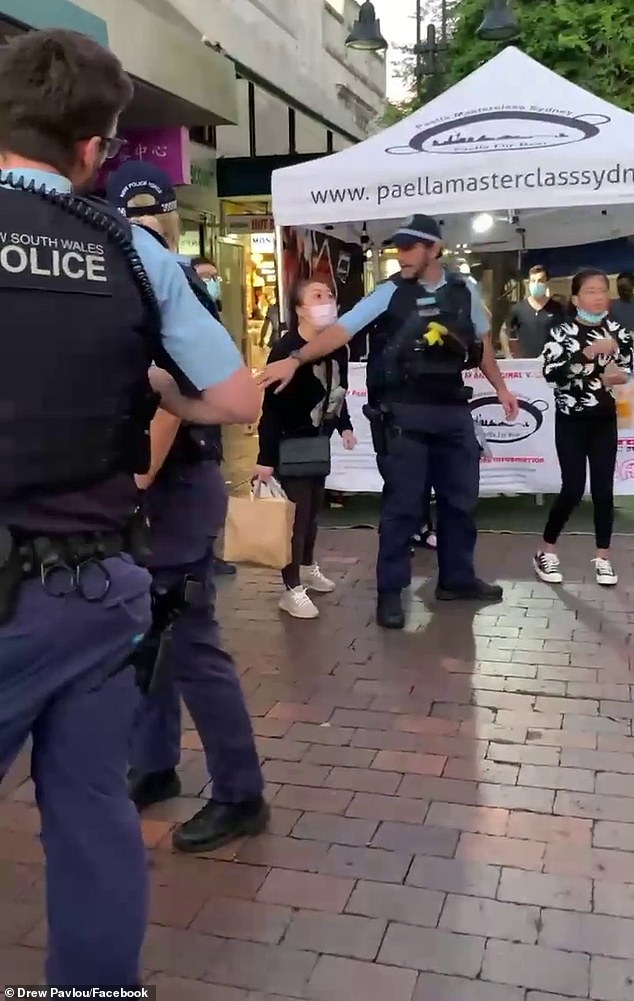 As his stunt threatened to spiral out of control, Pavlou had to be protected by NSW Police at the scene (pictured) 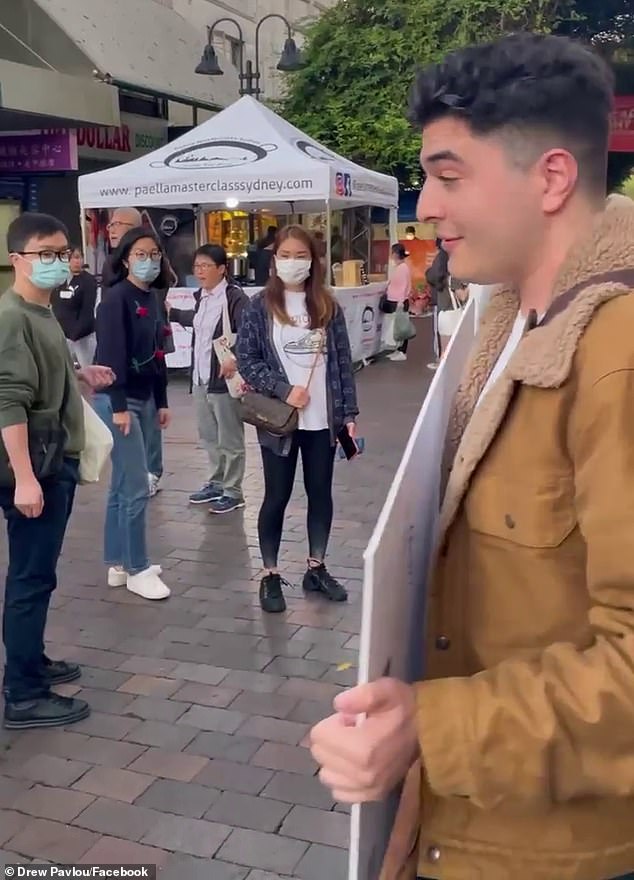 Brisbane-based Mr Pavlou was in Sydney to support Kyinzom Dhongdue, the Tibetan-heritage Democratic Alliance candidate for the seat of Bennelong.

He was later suspended by the university who accused him of 11 cases of misconduct – but was able to return and continue his politics degree this year.