A Chinese professor was found guilty on Friday of trade-secret theft and a much more serious charge of economic espionage.

Federal prosecutors say Hao Zhang, 41, a professor at Tianjin University, conspired with a colleague from the University of Southern California to sell American secrets about how to filter mobile phone signals to the Chinese government and military.

He was arrested in May 2015 when he flew from China to Los Angeles to attend a conference, reported Bloomberg.

According to court records, Zhang faces up to 15 years in prison for economic espionage and 10 years for trade-secret theft.

This is the latest success by the US, going back to former President Barack Obama and continuing with current President Donald Trump, to crack down on Chinese cyber theft of corporate secrets and business models.

Hao Zhang, 41, a professor at Tianjin University in China, has been found guilty of trade-secret theft and economic espionage, Pictured: Zhang goes through security while arriving at federal court in San Jose, California, October 2019 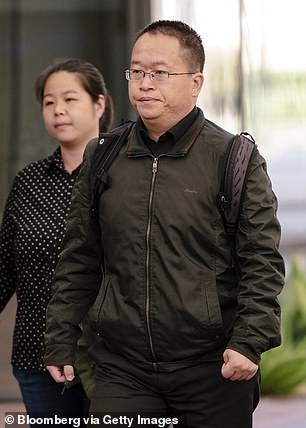 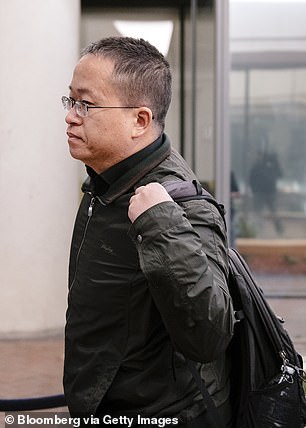 Prosecutors say Zhang and another professor, Wei Pang, allegedly stole confidential research about radio frequency technology from US companies. The technology, which filters mobile phone signals, was then sold to the Chinese government and military. Pictured, left and right: Zhang arrives at federal court in San Jose, October 2019

In May 2015, six individuals were charged with economic espionage and theft of trade secrets according to the Department of Justice.

‘According to the charges in the indictment, the defendants leveraged their access to and knowledge of sensitive US  technologies to illegally obtain and share US trade secrets with [China] for economic advantage,’ said then-Assistant Attorney General John Carlin in a statement.

‘The National Security Division will continue to relentlessly identify, pursue and prosecute offenders wherever the evidence leads. I would like to thank all the agents, analysts and prosecutors who are responsible for this indictment.’

Zhang is accused of stealing source code and designs for machinery that ‘filters out unwanted signals in mobile phones,’ according tot Bloomberg.

While earning his doctorate in electrical engineering from the University of Southern California, Zhang met Wei Pang.

While studying, they conducted research into acoustic technology designed to limit interference in mobile phone reception and make them more secure.

After graduating in 2006, Zhang got a job at at Skyowrks while Pang became employed at Avago. 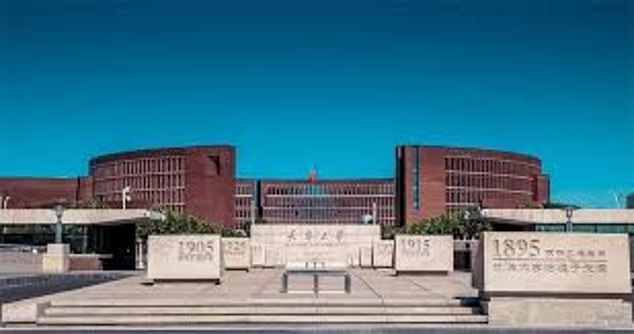 At Tianjin University in China (pictured), Zhang and his partner patented the technology and sold it to Chinese officials 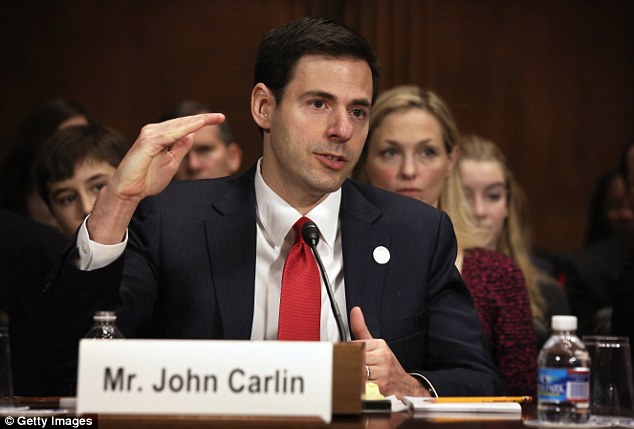 After the two men returned to China and became professors Tianjin University, one of China’s most elite technical school, they began looking into the stolen secrets.

They then applied for patents in the US and China and tried it sell it to the Chinese government and military through a shell company in the Cayman Islands.

Radio frequency technology is part of a ‘long- running effort’ to benefit companies and universities controlled by the Chinese government, according to prosecutors.

Zhang will likely be the only one of the six individuals to undergo trail in the US because the other five are in China.

He will be sentenced on August 31.