A Chinese refugee raised in a run-down Sydney neighbourhood built an eight-property portfolio worth $5 million by age 39.

Bruce Guan, who fled to Australia with his family aged three, grew up in a rough government housing area in Cabramatta in the 1980s where heroin needles were scattered throughout sandpits in local parks.

He lived in crowded small unit with 12 other family members, as his parents worked odd jobs to make ends meet and build a life for their kids.

‘My parents came here with nothing, not a word of English and they all started off as labourers and it was a struggle for them just to put food on the table,’ Mr Guan told Daily Mail Australia.

Bruce Guan, 39, have built a eight-property portfolio over the past 11 years, which is worth $5million

‘I grew up in the most dangerous part of town, where drug use was very common, and I witnessed a lot of my peers go down the wrong path and make the wrong life choices.’

But his parents’ efforts paid off, with his father now running a chain of five restaurants around the city, and his mother and stepfather pursuing multiple business ventures.

Admittedly unacademic, Mr Guan learned the merit of hard work from his parents – and realised after leaving school with low grades he needed to do more than climb the career ladder if he wanted to accumulate wealth.

Over the past 11 years, Mr Guan worked and saved to accrue properties across Australia – from Sydney, Melbourne, and Brisbane to Adelaide – which make him about $2 million total in profits each year.

He now owns eight properties, including three apartments in Stanmore, Adelaide, and Melbourne’s CBD, three units in Brisbane, a three-unit townhouse in Marsden Park, and a home in Western Sydney – with an annual net equity of $1.8 million.

But it was not a smooth road to success. 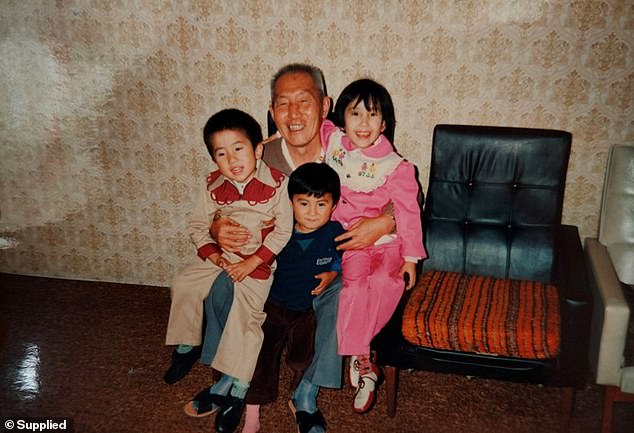 Mr Guan pictured as a child in his family’s unit in Cabramatta, in Sydney’s western suburbs 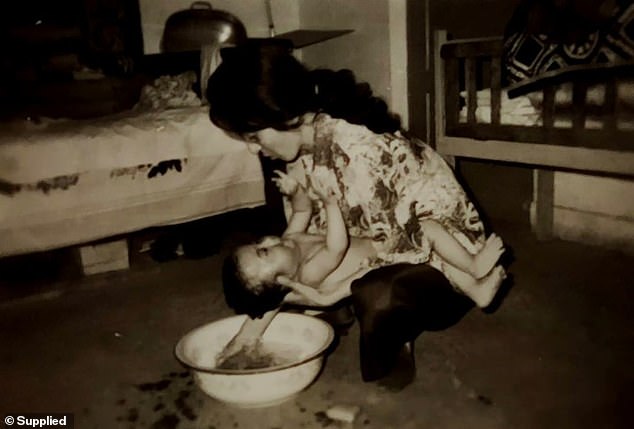 Mr Guan pictured with his mother in their community in rural China, before they fled to Australia

But he did not do his research and sold the Yennora property in 2007 – at a loss of $50,000 – after horror tenants drove up his maintenance costs and rent losses, making the investment seem unlucrative.

Three years later, when the area’s growth boomed, he realised he had made a massive mistake.

‘I was like so many naïve investors. I didn’t know how to use the tools that were available to me to make the right decisions,’ Mr Guan said.

‘It wasn’t the property that was the issue. I made the wrong decision as I didn’t research properly and it wasn’t the right property for me.

‘I sold it on emotional and personal reasons, rather than selling it based on research. I would have found a way to get rid of the tenants and recoup my losses and the research would have told me to hold on.’

Mr Guan spent the next few years researching, reading books, watching movies, and working alongside a family friend with a ten-property strong portfolio, before jumping back into the market in 2010. 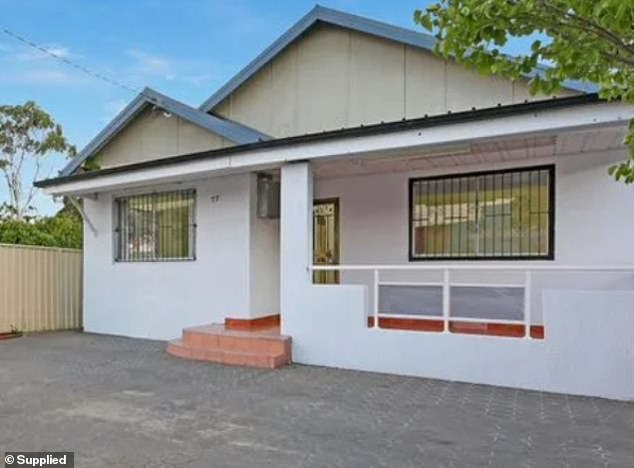 Mr Guan bought his first property in Yennora (pictured) in 2004, but sold it three years later. Today, it is worth almost $1million.

This time, he was determined to buy something he could hold onto for the next 10 years to see growth – snapping up a one-bedroom apartment in Stanmore, in Sydney’s inner west, for $365,000. It is now worth about $800,000.

In 2012, he renegotiated his loans and took out extra equity after the Stanmore property’s value grew, using those funds to lay down deposits on two apartments – a one bedroom ($370,000) and a two bedroom ($515,000) – in Parramatta.

Mr Guan said the market remained stagnant from 2017 to 2020, before skyrocketing over the past six months. 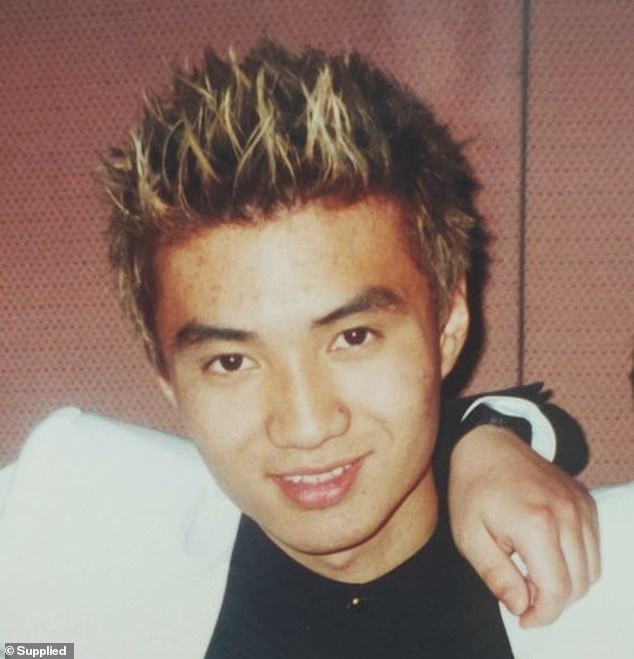 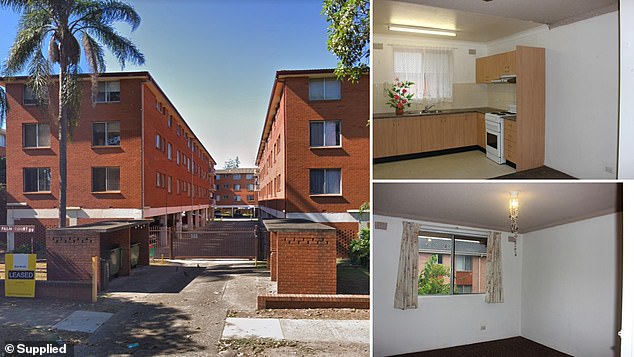 Mr Guan said the Melbourne and Brisbane properties were strategically bought for cash flow reasons, as their rent prices draws a profit while also paying off the mortgage.

Although he dropped rental fees for tenants amid the pandemic, he said the payments still completely pay off the properties.

But five years ago, Mr Guan stepped away from his strategy to buy something sentimental.

After his mother and stepfather never managed to pay off their loan, he bought their property in Western Sydney – rounding out his property collection to eight.

Mr Guan decided to make a career move into property when he was 30, after realising his potential earnings would plateau once he hit $150,000.

Last year, he founded his own company, Investmentor, which helps others build a property portfolio, offering advice on topics such as the best areas to buy. 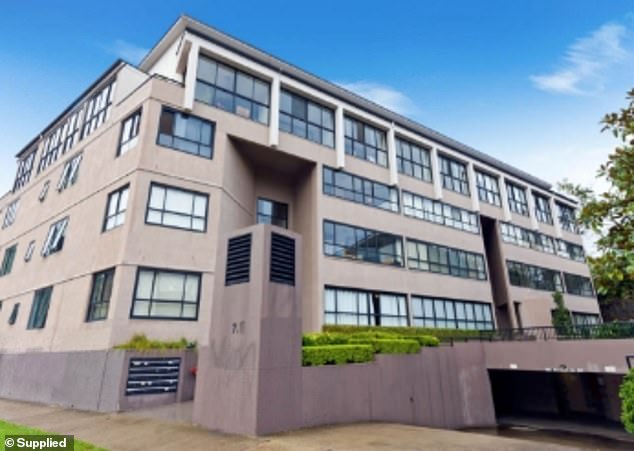 The core philosophy behind Investmentor is to make wealth accessible to everyone, with Mr Guan claiming anyone could match his property success – even in the current soaring property market.

Although Sydney and Melbourne’s rising property prices may not be accessible, Mr Guan said there were other available opportunities in Perth, Adelaide, and Brisbane markets.

‘It’s absolutely possible to do that, because when we look at someone’s investment strategy it’s not about what is happening today, it’s about what’s going to happen over the next 10 to 15 years,’ he said.

‘If you look at my example, if someone is only investing in the short term based on what happens in the last 12 months and they become disheartened and sell, like I did when property was down and then in the next five years it doubled in value, then that isn’t successful.

‘There’s much more lenient markets for first time people to enter but there is never a point in time that there isn’t an opportunity, you just have to be willing to put the right time and resources into it to find it.’ 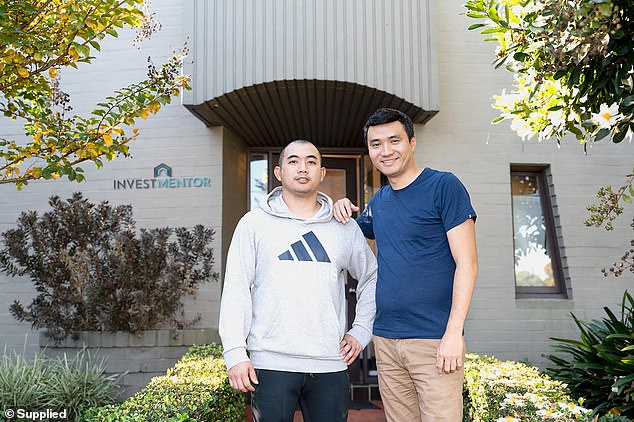 Mr Guan pictured with his team at Investmentor, which aims to makes ‘wealth accessible to everyone’

He said there were always going to be ups and downs in the market, and future investors just needed to learn to ride the peaks, and prepare the capital during the troughs.

Mr Guan hopes to extend his portfolio to 13, but says his current collection is enough to set him up for the rest of his life.

Although he is confident anyone could become a property investor, Mr Guan credits his upbringing for giving him the courage to make decisions that others would deem ‘too risky’.

‘I’ve already lived through the worst case scenario, so anything more than that is a bonus,’ he said.

‘I didn’t do very well in school and never made it into university, by all measurable accounts, you could have called me a failure, and back then, you probably would have been right.

‘[But]I was motivated because I saw that [property investing] could be one of the ways for me to get ahead in life.

‘If I couldn’t compete with other people with my academics, or privileges, I could certainly complete with determination and grit.’

A timeline of how Bruce Guan built his eight-property portfolio

2016: He buys his mother and stepfather’s property in Western Sydney.