Chinese restaurant may close due to nearby judge’s complaints

A Chinese restaurant is at risk of closure after complaints from a top judge living nearby over cooking smells wafting over to their home.

The Summer Palace, which is set in a picturesque location overlooking the historic grounds of Llandaff Cathedral in Cardiff, has been open for more than 30 years.

But its future is in doubt due to a long-running dispute with nearby residents Lord Justice Sir Gary Hickinbottom and Lady Georgina Caroline Hickinbottom.

The couple were left shocked by the noise and smells emanating from the kitchen after moving into a £525,000 home in 2016.

The couple reported their concerns to Cardiff Council and enforcement officers upheld their complaint.

The Summer Palace (pictured), which is set in a picturesque location overlooking the historic grounds of Llandaff Cathedral in Cardiff, has been open for more than 30 years

The restaurant, which has a five-star food hygiene rating, installed a new extractor fan but failed to get proper permission for it and now faces prosecution.

Restaurant manager Wai Chim is due to appear at Cardiff Magistrates Court on Thursday over alleged breaches of environmental health law.

Lord Justice Hickinbottom, 64, was appointed to the Privy Council in 2017 following his appointment as Lord Justice of Appeal and has sat on many high profile cases including the challenge to the third runway at Heathrow Airport.

The couple, who also own a property in South West London, bought their grade-II listed home in the conservation area of Llandaff in 2016.

But since then they have lodged complaints to Cardiff city council about the Cantonese restaurant and nearby private members club the Llandaff Institute.

Other residents in historic Llandaff – where children’s author Roald Dahl grew up – have pledged to save the restaurant. 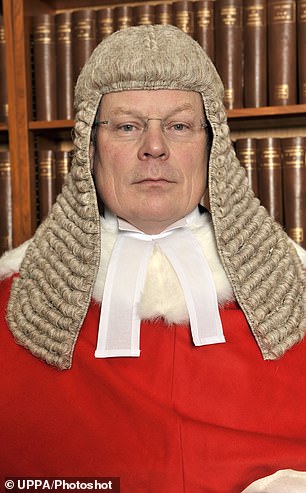 Conservative Councillor Sean Driscoll said: ‘It’s a bit like buying a house near a train station then complaining about the noise from the trains. Or near to a farmyard then complain about the smell from animals.

‘What is next, are they going to complain to the Cathedral about the sound of the church bells?

‘This situation is absolutely unbelievable. The Summer Palace have bent over backwards to mitigate against this issue.

‘We are happy to work with the parties to find a solution so hopefully common sense will prevail.’

Another resident, who asked not to be named, said: ‘If you come to live near to a Chinese restaurant it’s ridiculous that you should not expect smells.

‘Mr Chim has spent £19,857 on trying to placate them and apparently it still isn’t enough. He wants time to investigate in what way the extractor could be improved and time to install it. He is very sympathetic.

‘We get noise and smells too but it is transitory – it’s there for a small while then blows away in the wind.

‘There is a general sense of outrage in the community that they could cause so much pain for everyone.’

In a letter to the court, Mr Driscoll and fellow Conservative councillor Philippa Hill John said: ‘We recognise everyone has the right to the quiet peaceful enjoyment of their home, whether it is their main home or second home. 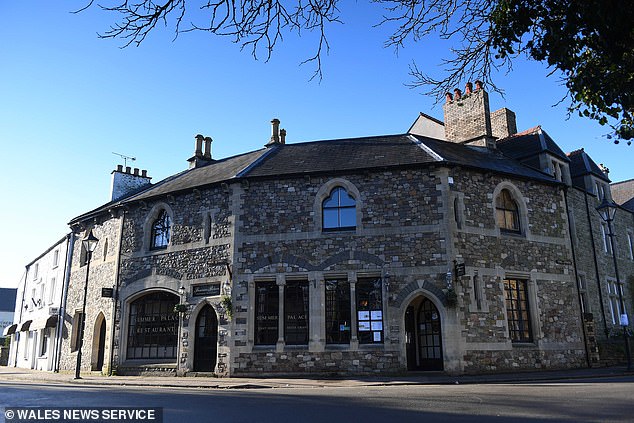 ‘If a compliant is made it is also right that these complaints are investigated as the council are duty bound to do so.

‘Mr Chim has already spent tens of thousands of pound to mitigate the problem. His concern is will spending additional funds to be compliant ever satisfy the complainant.

‘We have already lost three banks and some good businesses, so the threat of losing Summer Palace in this way is unwelcome but also devastating for Mr Chim and his family.

‘Mr Chim and his family have worked hard for decades to establish their business in Llandaff.

‘It is a vibrant High Street and the Summer Palace is a vital part of its continued success. The local support for Mr Chim from the community has been incredible.

‘There is a solution to this and we intend to work with Mr Chim to find an outcome that is acceptable to all.’

The councillors requested Thursday’s hearing be adjourned so the case could be resolved outside of court.

Marian Tylk, stewardess of Llandaff Institute, said it would be ‘absolutely devastating’ if the restaurant lost its case.

She said: ‘It would be devastating, absolutely devastating. It would be a real shame, I’m getting quite upset about it, they’re a family too – it’s awful.

‘The village is dying. What’s happening with the Chinese is heartbreaking, devastating. Even if you go past there now at lunch time you can see how busy it is, everyone loves it.’